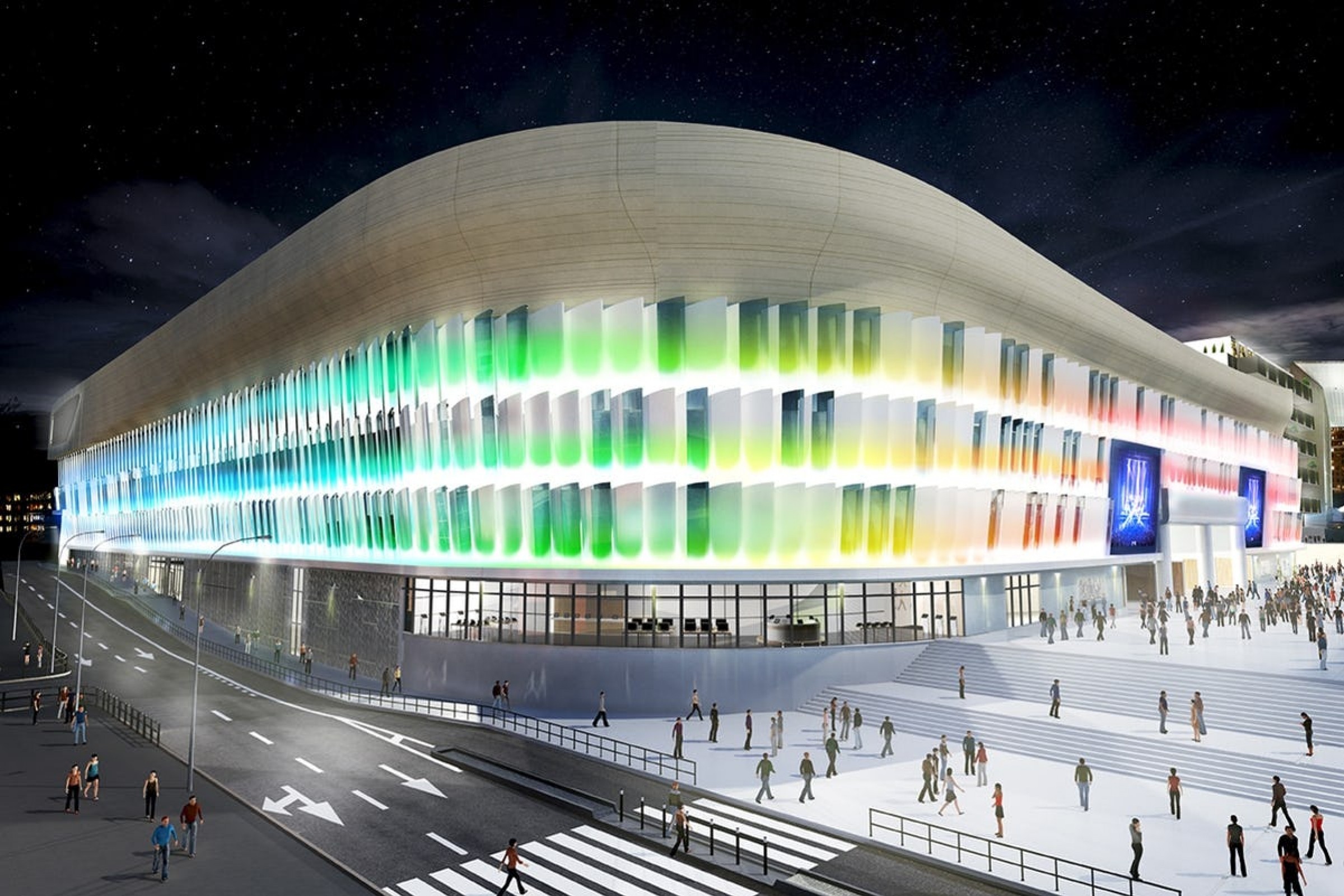 450 Words Paris-Bercy, More Legit Than Ever

The Paris Supercross has finally reached what we would call “Peak Paris.” The long-running event, which for decades operated just outside the city in Bercy, and then relocated to Lille nearly two hours away for the last few years, is finally coming to the City of Lights. The brand-new U Arena in the heart of Paris La-Defense business district will host the event on November 18 and 19 (that’s Saturday and Sunday).

For years the Paris Supercross was sometimes called Bercy, and then Bercy-Lille—now its just Paris!

“Of course we are happy to come back to the City of Lights, where it all began, back in 1984”, explained Xavier Audouard, sports director of the event, in a press release. “The U Arena is made for shows as much as it is made for sports, it is part of the Paris 2024 Olympics venues network and will be home of the Paris rugby team. It is completely high-tech and unique with its “U” shape and huge wall-screen. It has a roof, is heated and will provide the highest standard comfort our fans have ever experienced. The stadium will be delivered on October 2 and the Rolling Stones will inaugurate it on October 19. There will be a lot of buzz in the big media around this venue, for sure. And next is the supercross, which will be the first sports event in the building, one month later! The 24,000 spectators capacity is perfect for us, as everyone in the house will remain close from the action, around a U.S.-size track, for the first time in the history of this event. The angle of the stands is similar to Bercy and should create the same kind of atmosphere. This is what we had always dreamed about so everyone is very excited, including the riders, of course!”

“We were able to secure a strong contingent of riders from the U.S. scene to come race on a track that will remind them of home and allow them to display the full level of their incredible skills. Marvin Musquin and Cole Seely have won supercross before, they’ll want to become King of Paris and gain valuable confidence for the upcoming season in America,” said Audouard.

“Zach Osborne comes as a double champion, he has been the most successful American rider in 2017. Zach and Cole are members of Team USA for the Motocross of Nations for good reason! Dean Wilson and Christian Craig had a great summer in the Nationals. Dylan Ferrandis is expecting to be back on a bike in October and ready for Paris after his very promising U.S. rookie season. Plus, the whole gang from the French SX Tour—Izoird, Soubeyras, Aubin, Teillet, Boog, Aranda, Ramette, Coulon, Richier—will battle the AMA riders and defend their territory.”

The race format has been revised for 2017. The 16 invited riders will race two six-minute sprints and a 15-minute main. The Sprints pay points and the Main pays double points. Each time the gate will drop, points will be on the line, so this format should provide intense racing. The event also features the popular Superpole qualifying for cash.

Also, the event features the SX2 support class as part of the French SX Tour championship, but there could be a shocking twist. The promoters are working on getting Darryn Durham approved to race this class on an electric Alta as a wild card. That would be a world premiere!

Paris-Bercy has featured a freestyle show since before freestyle shows were even a thing—heck even Jeremy McGrath was doing tricks in it during the very early days.

The 2017 Freestyle Show will also adopt a new format with two sessions, the second being a Best Tricks Contest. Josh Sheehan, Jackson Strong, and David Rinaldo will each perform two of their gnarliest tricks (double flips, front flips, rock solid flip and so on to be expected). Also, the legend, Edgar Torronteras, will be in the house, of course.

“Overall, we’ll be up to our trademark of “100% SX, 100% FMX, 200% Show,” says Audouard. “But the goal is to reach a true ‘next-level’ type of show for the fans, who have been so loyal through the years, and for our long-time sponsors including Monster Energy, Honda, Alpinestars, Parts Europe, Akrapovic, Bud Racing, and YCF. We’ll see you all in Paris!”

For more info go to www.supercrossparis.com.