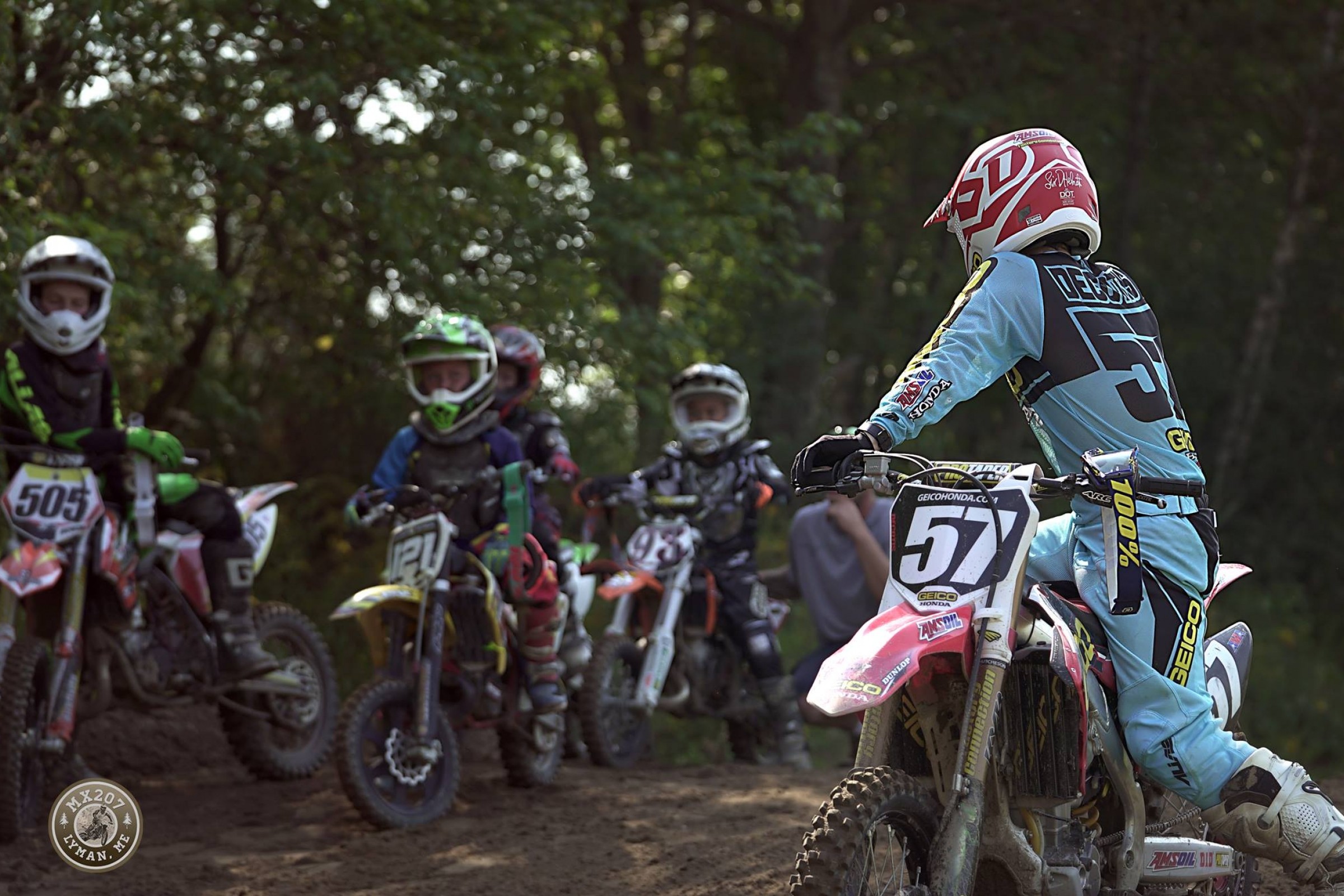 I’ve spent two years ranting on both this website and in my Voice Box column in Racer X Illustrated (the magazine) about the state of this sport. Ground level and grass roots stuff—are people buying dirt bikes? Are people racing dirt bikes?

This sport looks at things from the top down, but really grows from the bottom up. If people don’t buy dirt bikes there won’t be money to fund the professional racing we watch every weekend—well, outside of energy drink money, which is making the pro pits look a lot healthier than they are (irony?). If people don’t buy dirt bikes, they don’t go to dirt bike tracks, and if people don’t go to dirt bike tracks, tracks close and leave us with fewer places to ride dirt bikes, and fewer places to ride equals fewer reasons to buy a dirt bike. The vicious cycle continues.

Four-strokes get the blunt of the blame, but there are a variety of factors—faster, more expensive bikes are part of it but this is a perfect storm. Just as four-strokes took over, the economy crashed, smart phones and social media created freedom within your own home, and the training facility became the new way to get fast and succeed. Only a dozen years ago, the local racetrack was the place to hang out, socialize, get fast, and be discovered. That’s all changed.

Everyone wants Monster Energy Supercross, Lucas Oil Pro Motocross, and the FIM Motocross World Championship to thrive. That’s the fun stuff and if you’re rooting for failure at that level, you’re rooting against the sport you love. It will take more than those series for the sport to live on, though. It will take more than Loretta Lynn’s, more than the Mini Os, the Freestone Spring Classic, or Mammoth Mountain, too. The sport needs what it always had—local racers buying bikes to race at local tracks—to succeed. As soon as I start thinking about my local scene growing up—Raceway Park in Englishtown, New Jersey—I start sounding like an old man. Back in my day it was so great….

Time to do something about it. Racer X is going racing. We’re backing the Maine Event, which is a big AMA Pro-Am race in Lyman, Maine, at MX207 on Sept 15, 16, and 17. It’s key to realize this event is not run by any of Racer X’s sister companies like MX Sports or Racer Productions. This event has no connection to us besides the general love of dirt bikes.

Here’s how this happened: The now-defunct Vurb Moto was once the moto media entity on the cutting edge, which is why I was shocked years ago when Wes Williams, one of Vurb’s founders, told me about the Good Times Dirt Bikes tour. Vurb was flash and sizzle—the killer videos and photos. Vurb was what was next. Then Vurb decided that what was next was what once was—local races.

So they launched this Good Times Dirt Bikes tour and also held some races called the Vurb Classics. They were big hits, with lots of riders and spectators showing up. Vurb used its collective marketing might and brand equity to Make Local Races Great Again. The events were a huge hit. With the right spices, local races can still thrive.

Then Vurb closed (not because of the races. They were successful. The media world is tough these days and that’s another story for another day and probably for another website that’s smarter than us. But if you read a story about that, please send us some tips.) I’ll tip the visor to those guys, though, because they plowed the field and planted the seeds. We can’t just let this stop.

With Vurb no longer around, the folks from MX207 came to us asking if we would help. We said yes, because the sport needs it, we need it, every single entity in the sport needs it. Make Local Races Great Again. It’s got to happen or we’re all dead.

MX207 has an awesome model set up already because it has run the Maine Event before, under the Vurb Classic banner. We’re just glomming on and helping where we can. I’ll head up to MX207 myself for the weekend and do whatever I can—announce, write, shake hands, try to use that tool with the big, heavy end connected to a stick (a hammer?). We’ll get some video guys and photographers up there and we’ll cover it like a big race, because local races are big races. MX207 has already secured $8,500 for the pro purse (remember when local races had big purse money?) and I’ve heard dudes like RJ Hampshire and Jimmy Decotis will race. Hampshire is even going to race on a 125! Ronnie Stewart is in, and amateur Seth Hammaker, who I think could be the next hidden gem of the amateur world (Justin Cooper-like), is in.

We’ll keep rolling out news on the event as it comes—the official announcement with the basics popped up yesterday. Bottom line is we’re going to show up and we’re going to have fun. The off-season will be dotted with huge events like the upcoming MXGP of USA, the Motocross of Nations, Red Bull Straight Rhythm, and the Monster Energy Cup. Good! Great! But we all need stuff like this, too. After all, didn’t you have a local track when you were growing up? Wasn’t that place the center of your existence?

It was for me—I’m from New Jersey and I grew up going to Raceway Park in Englishtown, New Jersey. If that track wasn’t there—man, I don’t even want to think about it. On that note, also check out the KROC (Kawasaki Race of Champions) at Englishtown on September 30 and October 1. Hey, and also on the very same weekend as the Maine Event, High Point Raceway hosts the annual DC Vet Homecoming—also a killer event—produced by our friends next door at Racer Productions. Whatever. We’ll cover two events in one weekend. Sport needs races like this to survive.

Maine is a great place to be in late summer. If you’re around, come on up and bring your dirt bike. If not, follow our coverage that weekend. It’s going to be good times and dirt bikes.