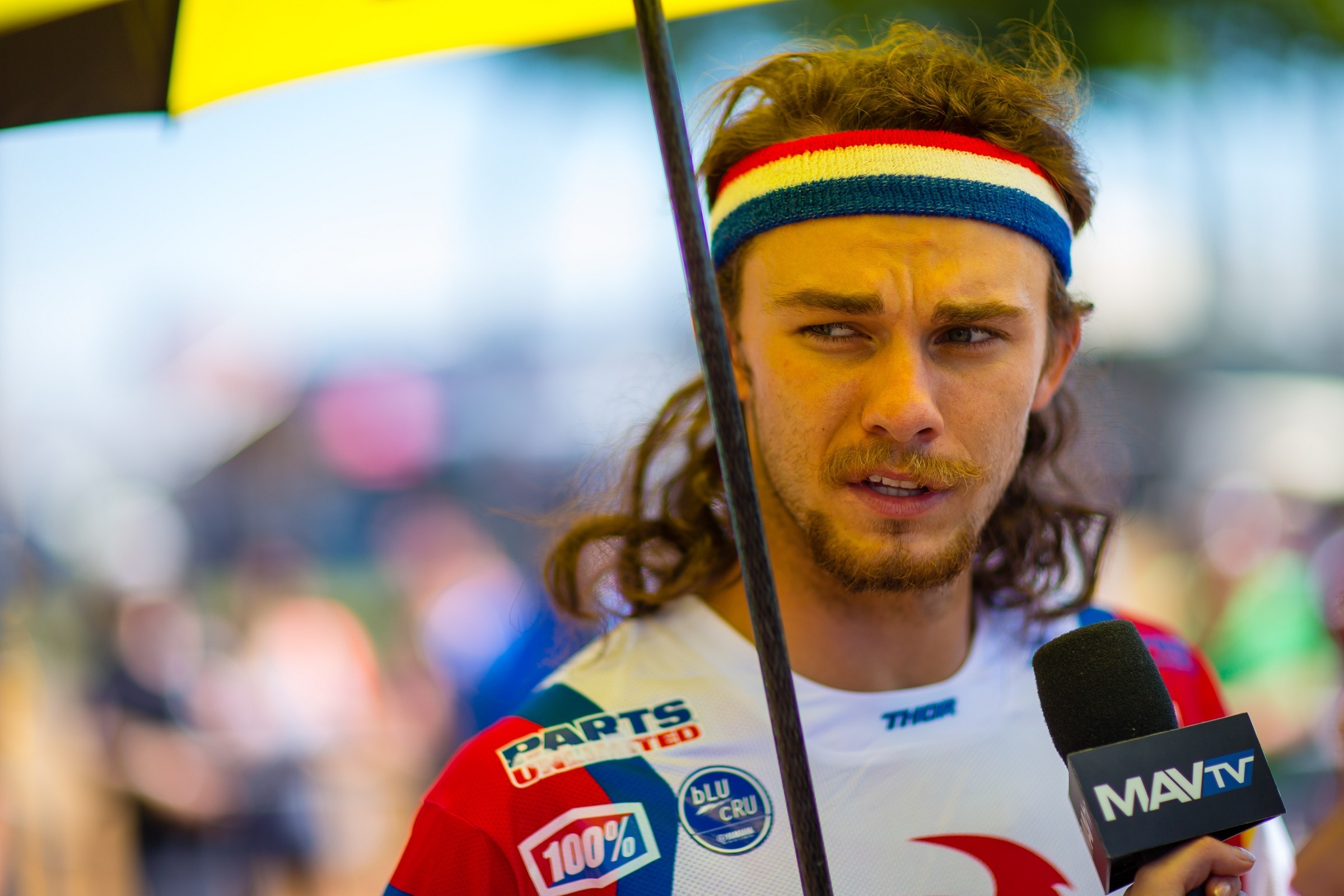 DIY motorcycle shops are popping up across the country. From San Francisco to Atlanta to Philadelphia. Most of the shops provide workstations with lifts and tools available to perform maintenance and repair on your motorcycle—from basic oil changes to a full on engine swap. For someone mechanically challenged like myself, this would be great because I’d be able to learn from other riders, and it would give me a work space I currently don’t have. Lucky Wheels Garage, based on the edge of downtown Los Angeles, is taking it a step further with what they’re calling the “White Lightning Campout:”

“We sure like wrenching at the shop, but there sure is nothing better than blasting out of the city for a weekend away. So for no other reason than that, we decided to do a ride from LA and have a big campout in Ojai in the theme of 'Wet Hot American Summer.' Thats right—complete with a summer camp games competition, talent show, and dance. So pack your tube socks and short shorts.”

What really sealed the deal for me were their promo videos, which are masterful.

If you’re in the area and are interested in attending, visit LuckyWheelsGarage.com

This week, Triumph announced a global partnership with Bajaj of India that “will enable Triumph to significantly expand its global reach by entering new higher volume market segments, especially within the emerging markets across the world." You may not have heard of Bajaj before, but they are a big player in the motorcycle industry. They are currently the fourth biggest two-wheeler maker and they own 47 percent of KTM, according to Car and Bike. Although the joint statement didn’t say what motorcycles the companies would make, it’s expected to be in the 300-600cc segment. Here is more from Car and Bike.

Triumph manufactures a range of high-quality motorcycles in the classic, roadsters, cruiser and adventure segments. Triumph's smallest displacement engine is the 675 cc in-line three engine on the supersport Triumph Daytona, and the classics range starts with the Triumph Street Twin, with a 900 cc engine. A few years ago, Triumph was involved in designing and developing a smaller capacity motorcycle for markets like India, but the project was later shelved when demand for Triumph's existing bikes started picking up in India. Triumph will continue to market the larger capacity bikes in its individual capacity. The Bajaj-Triumph alliance will only focus on smaller, mid-size capacity bikes as mentioned before.

Here’s another article on the announcement that's worth checking out.

Is This the Greatest Video Ever Made?

NASCAR’s New Star Grew Up Racing On His Computer

Earlier this week, Hendrick Motorsports, one of NASCAR’s biggest and most successful teams, announced it was promoting 19-year-old William Byron to its top-tier Monster Energy NASCAR Cup team in 2018. Byron, currently a sophomore at Liberty University (which is also a sponsor of his) in Lynchburg, Virginia, took quite the path to get to this point. Born in Charlotte, North Carolina, NASCAR central, Byron didn’t come from a racing family. In fact, he didn’t grow up racing cars at all. Instead, he honed his skills in his bedroom racing on an iRacing simulator, which top drivers use to practice. He didn’t start driving until the age of 15, but has quickly moved through the ranks, winning the K&N East Series Championship in 2015, battling for the NASCAR Camping World Truck Series Championship as a rookie last year, and now up front in the NASCAR XFinity Series, again as a rookie, this year. He's won 23 races in that span. Vice Sports profiled the young driver in 2016.

Byron's father, Bill, can remember how his son multitasked with ease: a cell phone in his left hand, the wheel in his right, a football game on TV, and the pedals at his feet as a race played out on the track. "He's got three or four things going on at one time," Bill said. "And he's racing these other cars on the computer and he's leading the race and he's winning the race. To him, it's just an evolution over time to be able to understand."

Driving simulators have become an important tool for stock car drivers. NASCAR drivers face limits on track time and how many test runs they can make. Getting simulated reps is an end-around, allowing users to run a race or practice a course. Ford Racing, which has a 13-driver stable this season, has even built a full-motion simulator at its North Carolina facility.

"The biggest help for me is just more seat time," Chris Buescher, the reigning Xfinity Series champion, said last year of the new facility. "Last year before Watkins Glen ... we were able to get on the simulator and run some laps leading up to the road races. And that's one of the places that I think it works the best, at this moment."

Last weekend the Grand Prix of Czech Republic featured a flag-to-flag race. The race started wet, but dried rapidly, forcing every rider into the pits to change their bikes. Well, the pit stop didn’t turn out great for Andrea Iannone, who was clipped by an exiting Aleix Espargaro.

Three-time Formula One champion Lewis Hamilton is an avid fan of dirt bikes, even riding with the Biebs last year. With a break in the F1 schedule, Hamilton was back on the trails again this week, posting a photo of his Honda CRF450RX.

Nothing is impossible with my #HondaCRF450RX! #CRF450RX #offroad #mx #motocross #hondabike #ambassador

A huge announcement came from Mickey Mouse this week. Disney is ending its distribution deal with Netflix and launching its own streaming service in 2019. The new plan also calls for a subscription service built around ESPN to be in place by early next year. It will all be powered by BamTech, a technology company that handles direct-to-consumer video. Disney initially invested $1 billion in the company for a 33 percent stake in 2016. Earlier this week, they accelerated an option to spend $1.58 billion for an additional 42 percent share. More from the New York Times:

But this still-unnamed subscription service is designed to protect the cable bundle, at least initially. The service will offer only sports programming that is not available on ESPN’s traditional channels. Only people who also pay to receive ESPN the old-fashioned way (via a cable or satellite hookup) will be able to stream ESPN’s core offerings, including N.F.L. and N.B.A. games.

Mr. Iger has also made an important calculation that Disney — unlike most of its competitors — has programming that is must-have in the old model (cable and satellite) and in the new (streaming). Put another way, Disney has the power to introduce streaming offerings around ESPN, Pixar films, and Disney Channel shows without worrying about being dropped by third-party distributors, including upstarts like Sling TV and PlayStation Vue.

I Leave You With This…

Good luck trying not to think about this on your next hike.

Hikers filming in Sequoia National Park suddenly spot a mountain lion and decide to slowly back away. https://t.co/PcpCN74HfV pic.twitter.com/QQrWwawnRC