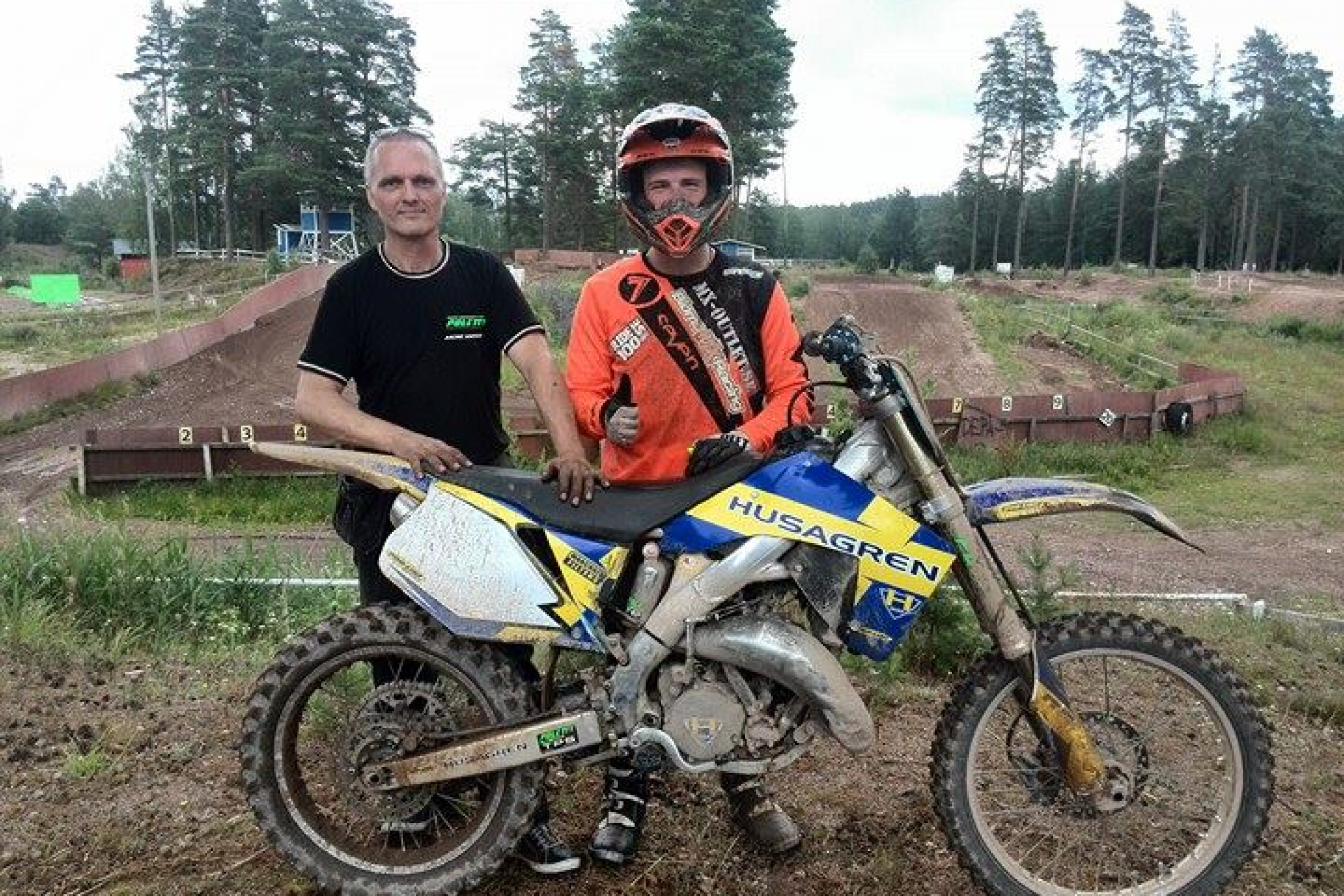 Where Are Anders Ljunggren

Two-stroke lovers rejoice! Anders Ljunggren, who helped get Mike Healey to the GPs, is on the quest to provide an affordable motorcycle to the masses and also jumpstart Sweden's history of motocross bike production with Husqvarna now under KTM's umbrella.

Wes Parker sent us this interview with Ljunggren to talk about his pre-production Husagren 125 that is currently in its testing phase and his plans for the company in the near future.

Racer X: You’re the guy who brought Mike Healey to the 125 GPs in 1988. Can you explain how that happened?
Anders Ljunggren: I moved to Italy in 1987 and fell in love with the country and motocross there. I made many new friends and started working on some MX teams as a mechanic. I went to all the international races at tracks like Maggiora and Mantova and ended up at Team Cinti Kawasaki who Billy Liles was riding for. In 1988, I wanted a new challenge and I believed the big races in Italy needed more riders from the U.S. I followed U.S. motocross and had some knowledge about the riders so I called Mike Healey and asked if he was interested in coming over for two or three races. His results were mixed and he didn’t like the [Suzuki] RM250 he was riding. In the final race at Maggiora I asked Mike to race the 250 Class on a stock [Honda] CR125 with a Pro Circuit pipe and WP suspension. I wanted Mike to show the teams how fast he was on a 125. He did fantastic and finished top 10 in each race against world champions like Eric Geboers, Pekka Vehkonen, Davey Strijbos, and more.

After the race we were trying to find a deal for the 125 World Championship, but it was late. We got help from a local dealer to ride [Yamaha] YZ125s and Mike qualified for the first three GPs, but didn’t score any points. The YZ just wasn’t competitive. So we gave them back to Bay-Cross Yamaha and I got Cagiva to loan us Massimo Contini’s 1987 factory bike. Another guy loaned us an empty Mercedes truck. We drove to all the GPs and Mike started collecting points. When the season was over he finished fifth overall and then moved to Holland with WP/KTM for ‘89. I also brought over Bader Manneh and Willy Surratt.

And the big question, what is this Husagren 125?
It’s a prototype 125 motocross bike that I’ve been working on for two years. Sweden doesn’t have a motorcycle factory anymore after Husqvarna sold to Cagiva in 1986 and now today it’s just KTM. Husaberg was also sold to KTM and later buried. So I’ve been thinking for some time that Sweden needs to make MX bikes again since we’re good at it. The first Husagren is ready and we actually tested today on a track for the first time and it went better than I expected. We will continue to develop the bike this year and are also talking with European Union companies regarding financial help to start up production in Sweden.

Where does the name Husagren come from? Are any original people from Husqvarna or Husaberg involved in the project?
Husagren means Hus (house in Swedish) and Gren from my surname. No people from Husky or Husaberg are involved. I’m the only one at the moment and I collaborate with parts factories all over the world. I want the production bike to be as race ready as possible.

What is Husagren’s plan?
To start production of 125 and 250 two-stroke motocross and enduro bikes that are competitive, but cheaper to buy than the other brands.

Americans are familiar with Fredrik Noren, and Sweden once dominated motocross, but it’s been three decades since the glory of Hakan Carlqvist. What happened to Swedish MX and how healthy is it today?
It was sad to lose the big two-time world champion Carlqvist recently. And the last Swedish Champion was Marcus Hansson in the 500 class in ’94. Since then it’s went down slowly. It’s hard to say but the sport is more expensive now and in my eyes the four-stroke is guilty. In Sweden you can only ride a 125 two-stroke until you’re 17 years old and then you must move up to four-strokes. In my opinion it’s too early.

If the prototype and testing go as planned how long will it take to have motorcycles ready to sell?
My hope is to have the first bikes for sale in 2018, but it will depend on the outcome of the financial structure and investors.

Is there a possibility of other sized models?
[We’ll build the] 125 and 250 first, and if all goes well why not also add an 85cc model? We want to encourage new riders to enter the sport with a new bike they can afford.

And you have plans to line the Husagren up to compete in some EMX125 races later this summer?
Yes. It’s really early, but we will do the Swedish EMX125 race just to get some important experience and see where we are on the track with the KTM, Yamaha, and TM. Adam Fridlund has been testing the bike and we’re registered to race at Uddevalla.

That’s awesome! How can people stay up to date on your progress?
The best way is through our Facebook page #husagren. It’s updated every few days with pictures, news, and videos. We are trying to do some fundraising and will be giving away a special Healey autographed Husagren jersey.