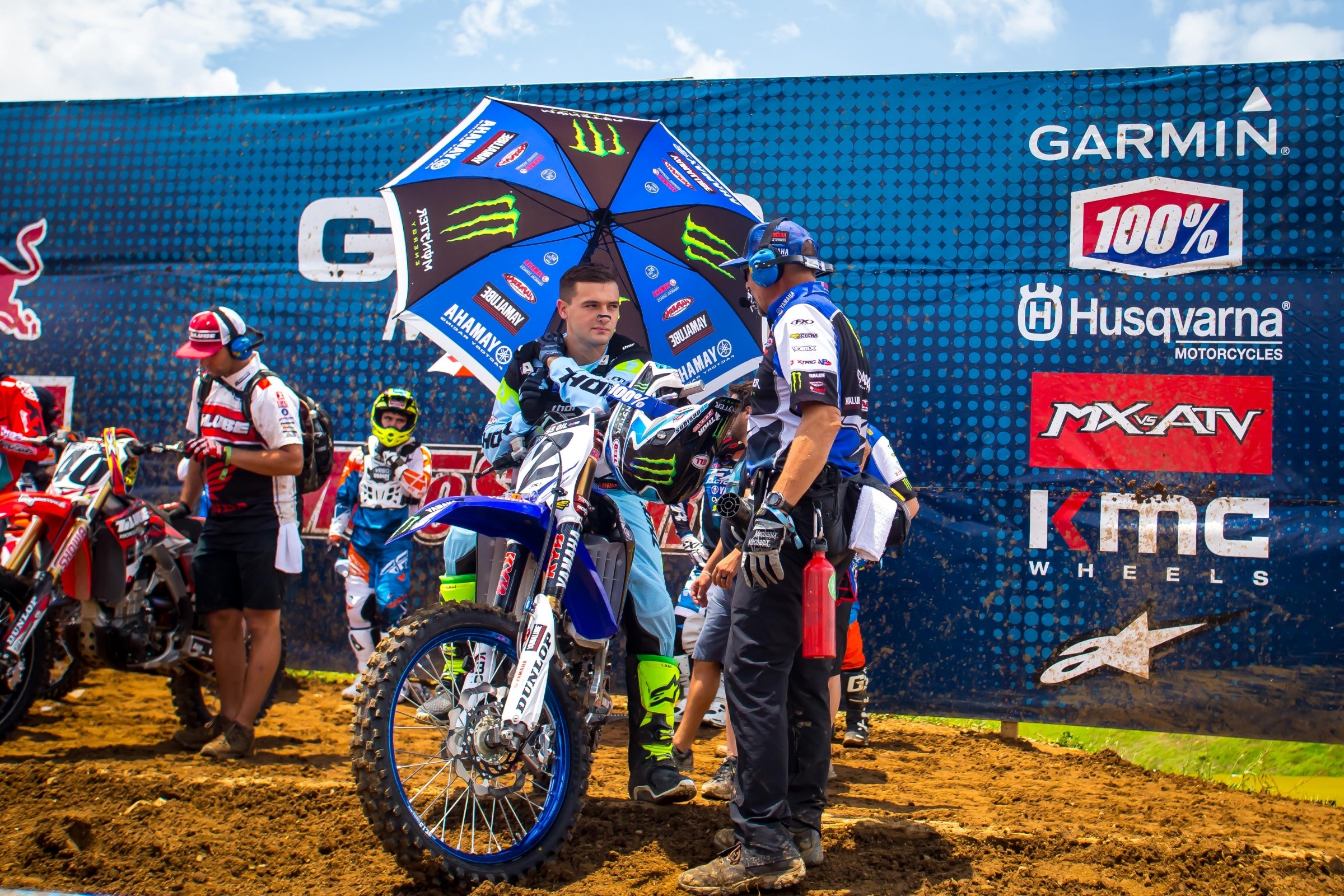 JASON ANDERSON – Hands | OUT
Comment: Anderson missed Southwick after a big practice crash during the week, then crashed on his road bike, incurring road rash on his hands and hip. He tried to race Millville, but ended up only making it a few laps. He should be back for Unadilla.

BLAKE BAGGETT – THUMB | IN
Comment: Baggett is currently dealing with torn ligaments in his thumb due to a crash at RedBud. He’s in for Washougal.

MATT BISCEGLIA – HEAT EXHAUSTION | IN
Comment: Bisceglia returned to racing at Millville and took 10th in the first moto. Heat exhaustion prevented him from racing the second moto, but he’ll be back at Washougal.

JUSTIN BOGLE – SHOULDER | IN
Comment: Bogle crashed in the first moto at Millville and suffered from a sore shoulder for the rest of the day. He’s in for Washougal.

JOSH GRANT – KNEE | OUT
Comment: Grant had surgery on his knee after hurting it at Southwick. He’s out for Washougal.

DAVI MILLSAPS – WRISTS | OUT
Comment: Millsaps hasn’t raced a National this season after having surgery to repair his injured wrists. There is no set date for his return.

PHIL NICOLETTI – ANKLE, HEEL, FIBULA | OUT
Comment: Nicoletti is shooting for a return to action at Unadilla.

BROC TICKLE – SHOULDER | OUT
Comment: Tickle is out for the rest of the season after dislocating his shoulder at RedBud.

COOPER WEBB – KNEE | OUT
Comment: Yamaha announced today that Cooper Webb will miss the Washougal National after he sustained a left knee injury in the second 450 moto last weekend at Millville. Webb’s knee is week-to-week and he hopes the extra weekend off after Washougal will be enough get healthy and be back for Unadilla.

AUSTIN FORKNER – CONCUSSION | OUT
Comment: Forkner sustained a concussion while practicing and missed Millville. He’ll also miss Washougal, and may even be done for the season.

ALEX MARTIN – COLLARBONE AND SCAPULA | OUT
Comment: Martin will miss Washougal after injuring his collarbone and scapula while practicing in Florida. He’ll reassess his situation for Unadilla after the break.

CAMERON MCADOO – SHOULDER | OUT
Comment: McAdoo reinjured his shoulder at RedBud and will miss Washougal.

MICHAEL MOSIMAN – SHOULDER | OUT
Comment: Mosiman will miss the rest of the Nationals after having surgery on an injured shoulder.

MITCHELL OLDENBURG – COLLARBONE | OUT
Comment: Oldenburg broke his collarbone at Glen Helen. He might be back for the final three Nationals.

JORDON SMITH – MCL | OUT
Comment: Smith is healing up after tearing his MCL.