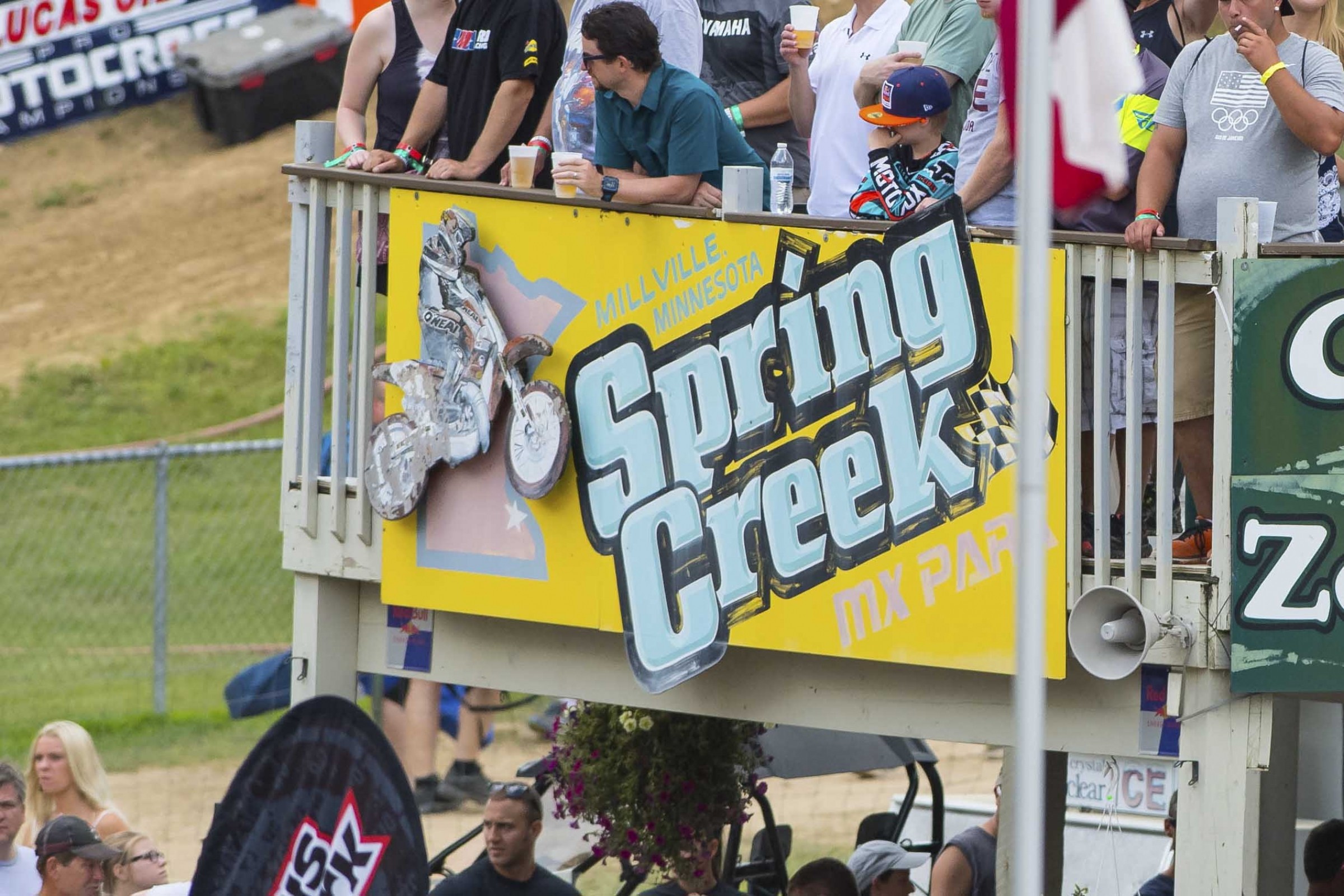 Back in the Game

After getting sidelined with shoulder and elbow injuries at Minneapolis Supercross in February, Benny Bloss will finally be back in action this weekend at Millville. This weekend is likely more about getting back into the flow of racing than trying to pull in stunning results, but don’t expect Bloss to be running at the back of the pack either—he’s been back on the bike and preparing for this return for quite some time. Let’s hope it goes better for him than the last time he raced in Minnesota. –Aaron Hansel

As you may have noticed, Blake Baggett didn’t quite have the same pace at Southwick he was showing earlier in the season. That’s likely due to the ligaments in his thumb that got torn when he and Jason Anderson got together at RedBud. He’s still within reach of the championship—he trails Eli Tomac by 19 points—but it’s going to be tough to close that gap with an injured thumb. We’ll see Baggett and his thumb have anything for Tomac on Saturday. –Hansel

Cooper Webb hasn’t quite had the season many thought he would, but he was excellent at Southwick, going 3-6 for fourth overall. If it wasn’t for a stall late in the second moto while running second, he would have been on the podium. Even with the stall he still tied for third, but the tie-breaker didn’t go his way. You know Webb’s going to get on the podium sooner or later. Will it be at this weekend? –Hansel

In what’s already been a successful comeback year for Dean Wilson, the Rockstar Energy Husqvarna Factory Racing rider earned the first 450 podium of his career at Southwick. Interestingly enough, Wilson said he doesn’t even like Southwick and had to mentally prepare himself ahead of time for what he thought was going to be a tough weekend! Expect Wilson to be good at Millville too. He was 11th there last year in what was his first National of the 2016 season. –Hansel

RJ Hampshire has been pretty good since coming back from injury at High Point, and he was especially good at Southwick. Despite losing his rear brake in both motos the GEICO Honda rider went 5-4 for fourth overall. At one point he even passed into the lead and led briefly before going down. Had he kept it upright or hadn’t lost his rear brakes, there’s a good chance he would have earned the first overall podium of his career. We’ll see if he gets it this weekend. -Hansel

When Eli Tomac tipped over at the start of the first moto at High Point and finished a distant 12th, there was plenty of “what is wrong with Tomac?” takes floating around. Since that moto, Tomac has won six of the last seven motos, including five straight, and enters Millville with a 19-point lead over Blake Baggett. During this span, Tomac has led an incredible 79 laps, and his worst finish in a moto is second! Can anyone slow down the Tomac train this weekend? –Chase Stallo

Bisceglia Back and WITH A NEW TEAM

Due to separate leg injuries, Matt Bisceglia has yet to line up behind a starting gate in 2017. The former AMA Horizon Award winner signed with AutoTrader.com/JGR Suzuki this off-season to ride the RM-Z250, but when he makes his 2017 debut this weekend, it will be with RCH/Yoshimura Suzuki on a 450. JGR’s truck is already at full capacity—Justin Barcia, Weston Peick, Kyle Cunningham, and the returning Phil Nicoletti at Unadilla—and RCH is down a rider with Broc Tickle out for the remainder of the series due to a shoulder injury, so the move makes sense for both sides. Bisceglia made seven starts in the 450 Class last year with Yoshimura Suzuki, filling-in for Blake Baggett and James Stewart, finishing 15th in 450MX points. In the 14 motos he raced in 2016, Bisceglia had nine top 10 moto finishes. We’ll see how he does this weekend. –Stallo

You know the story by now: Alex and Jeremy Martin grew up on the Spring Creek property, which their parents, John and Greta, purchased in 1987. They cut grass at the facility, rode “more laps than they can remember,” and know the track like the back of their hand. Since turning pro in 2013, Jeremy has been the most dominate brother, finishing no worse than fourth overall and collecting two overall wins (2014, 2016). During that same span, Alex hasn’t had as much success, finishing on the overall podium just once (2016). With the brothers running 2-3 in 250MX points at the moment, this weekend will be huge in regards to the championship. Do they protect their house or does another rider sneak in and grab the overall? –Stallo

Alex knows the track so well he can do a lap with his eyes closed:

In his first season in Lucas Oil Pro Motocross, Yamalube/Star Racing Yamaha’s Dylan Ferrandis admitted it’s hard getting accustomed to the tracks due to the short practice time compared to GPs. Ferrandis adjusted quickly to the sands of Southwick, grabbing a moto one win and tying Zach Osborne for the overall (Osborne owned the tie-breaker). Can Ferrandis adjust quickly to Millville and grabbed his third moto win on the season? -Stallo

It’s been a long Lucas Oil Pro Motocross season for Pro Circuit—and we’re only seven rounds in. Bike problems, injuries, and a lack of consistent results have hindered Mitch Payton’s squad, with the latest bad news coming earlier this week when Austin Forkner sustained a concussion, ruling him out for this weekend. The squad has just one moto win this season (Joey Savatgy at Thunder Valley) and haven’t had a moto podium since Muddy Creek. Can they get back on track this weekend? -Stallo