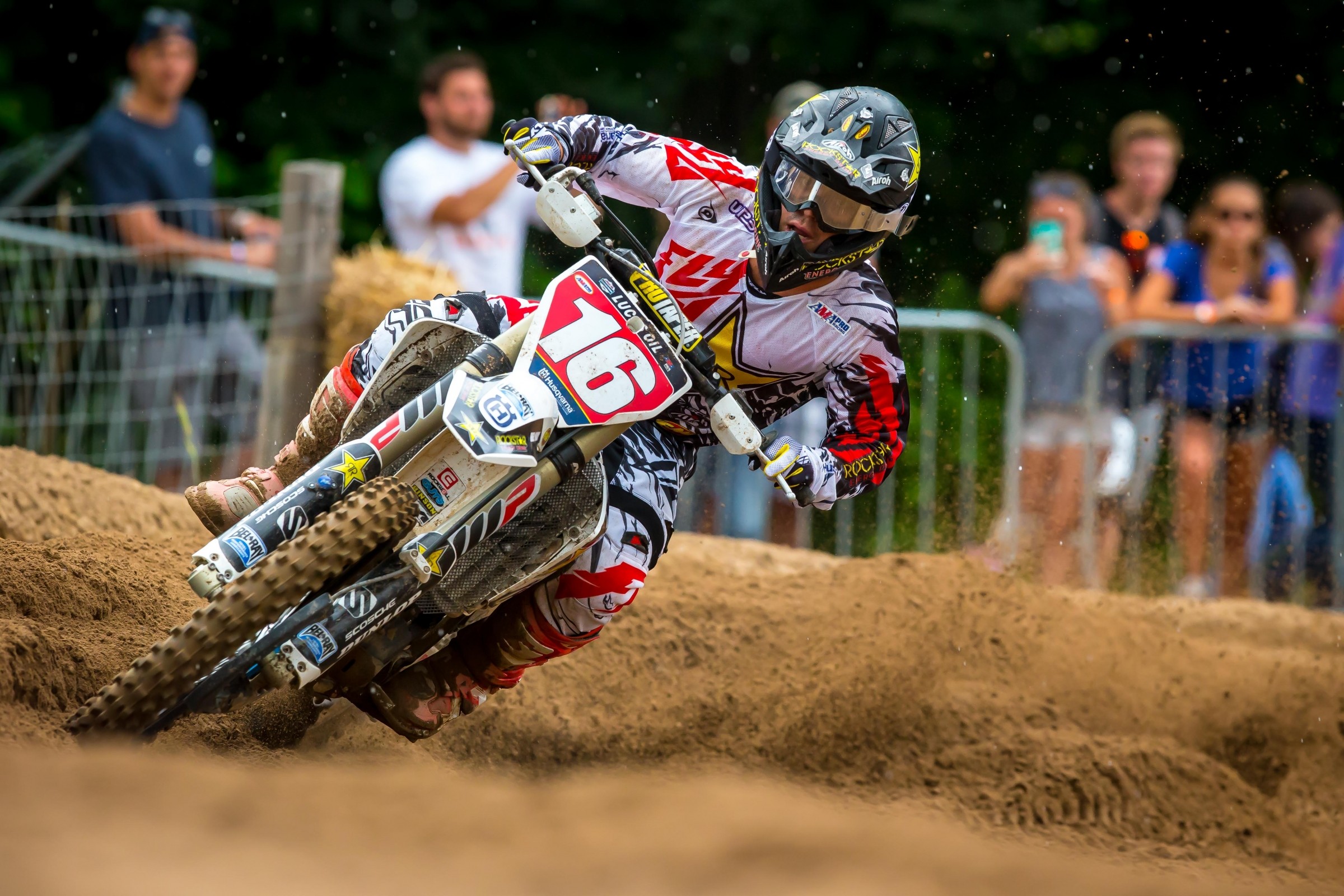 Zach Osborne is on a roll. Leaving Southwick with another victory, he continues to stretch his points lead. His two main competitors for the championship, Alex and Jeremy Martin, are fighting hard to keep it close, but Osborne is systematically tacking on more and more points. It was 24 leaving High Point, then 31 leaving Muddy Creek, grew to 38 leaving RedBud, and now sits at 45. He hasn’t pulled away because his competitors are scoring hard-luck DNFs, but rather by staying consistent in a class that is renowned for its inconsistency. He did win the 2017 Monster Energy Supercross 250 East Region title so maybe we should have seen this coming. In any case, the proof is tangible. He is a much, much better racer in 2017 than ever before.

This article isn’t about how or why he’s better. We know that he moved down to Clermont, Florida, to work with Aldon Baker. There have been plenty of articles and plenty of social media debates over the pros and cons of Aldon’s program. My personal opinion is that it works for some and doesn’t work as well for others, much like most things in life. For Osborne, it seems to be working.

He is also riding with some of the best riders on earth. With Ryan Dungey’s retirement, he was left only with Marvin Musquin and Jason Anderson to push him on a daily basis. Tough to get better in that dynamic, right? Right. Every practice day, he has to take his 250 and go to battle against two of the best 450 riders that American motocross has to offer. He’s underpowered and helplessly overmatched in the deep sand of Florida. That uphill battle is conditioning him perfectly for Saturdays, though. When he lines up on the weekend, he is back to real life, battling on equal footing. The impossible task on Tuesday or Wednesday becomes the exact reason why he is so lethal on Saturday.

This same scenario won a rider a championship in 2011. Dean Wilson spent the latter part of his summer in Florida in hopes of taking the next step. He was struggling to consistently put his bike in front of teammates Blake Baggett and Tyla Rattray. As the weeks of Florida training started to build, his season began to turn. He was facing the same task on a daily basis that Osborne does now, battling two of the best. Wilson’s torture chamber consisted of Chad Reed and Michael Byrne, but the dynamic was consistent. He suffered all week long, losing moto after moto to the big 450 boys. The dirt in Florida is simply too deep to allow a 250 to stay competitive against a 450. Wilson was trying his heart out, but it was to no avail against world class racers wielding an extra 15-20 horsepower. When Wilson arrived on Saturday, though, his world became a much brighter place. The necessity to ride his 250 to every inch of its ability mid-week led to him finding a new level of performance. His first race after practicing in Florida came at Unadilla. He threw up a 1-1 that day and everything turned. After months of battling Baggett and Rattray, his last eight motos went 1-1-3-2-1-1-1-1. Once Wilson found that next level in himself, he took it to everyone. Finding that level took days of anguish, though. I vividly remember him approaching tears during the week because he was simply unable to match Byrner and Chad. He was so visually frustrated that I was unsure if it was going to help or hurt him on the weekends. Clearly he used that frustration to fuel him. He earned that 2011 title and suffered some hard days in the process.

No doubt Osborne has dealt with his share of frustration, too. As for his improvement from 2016 to 2017, the data speaks for itself. Check out his moto finishes thus far from one season to the next:

At this point of the season last year, Osborne had 217 points. Flash forward to 2017 and he has 301 points. That’s a huge transformation against virtually the same field (minus Cooper Webb).

Even more telling is that the first half of 2016 was the bright spot for Osborne’s summer. Leaving Southwick, things got tough on the #16. His final five rounds looked like this:

So, as we go down the stretch keep an eye on Osborne’s results. We could be looking at a huge variance between 2016 and 2017 when the season is finished. Whatever the reason, the changes to his program have worked. We have five races left and anything could still happen. For now, though, he looks to have found what he was missing.