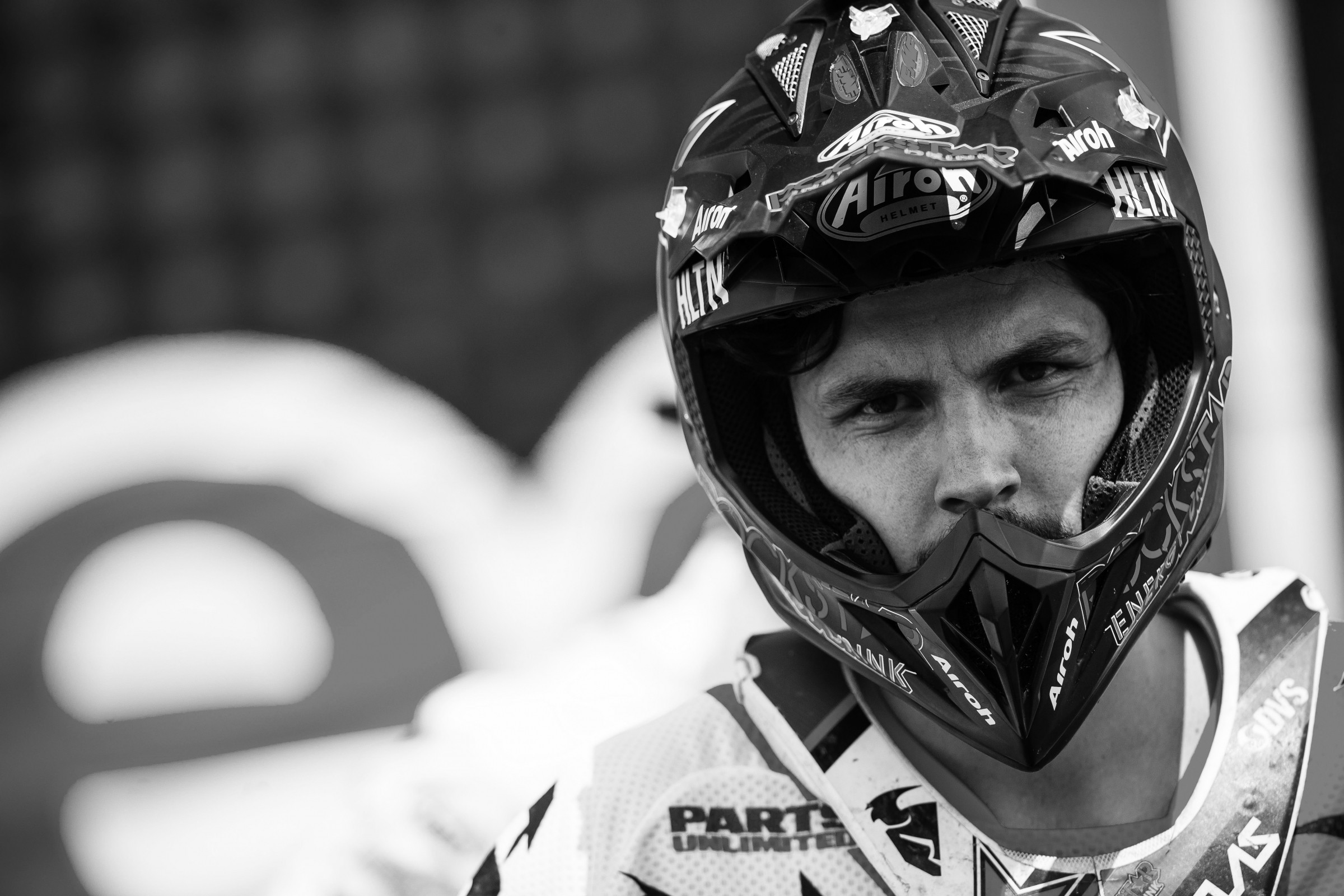 Motocross racing is and always will be full of subtlety and nuance. There is plenty on the surface to enjoy but as with any sport at an elite level, there are always layers to any circumstance. The first lap of the second moto at RedBud was a great example of this. Jason Anderson and Blake Baggett came together at the bottom of a downhill, leaving Baggett on the ground. This is a scenario when a subtle move becomes very substantial. For many, this move was much ado about nothing, but looking deeper,  I believe there was deliberate action that has been building all summer.

Anderson and Baggett aren’t friends. They have been battling for years and have had more than their share of run-ins. For example, they got into a big tiff in 2015 that left both on the ground and warned. Anderson has always been on the aggressive side, and aggressive riders usually end up having more incidents with riders on a similar speed level, simply due to proximity. That has put the two at odds for several years and as this summer has been a rotating door of winners the pressure has ratcheted up. Both sides will have their polar opposite perspectives, but for Jason, he has voiced displeasure at Blake’s confidence, or in his view, an over the top voicing of it. He has tweeted his displeasure of this and even if no names were dropped, we’re all smart enough to realize where that was directed.

There’s nothing wrong with this, but it served notice that hard feelings were bubbling just beneath the surface. I myself was not a big fan of arrogance in my racing days so I could certainly understand the discontent from Anderson. For Baggett, though, he was just sharing his opinion and pulling no punches. I don’t think he viewed his comments as “too much” but that’s the interesting thing about perspective. Any situation, comment, or action can be viewed multiple ways depending on your allegiances or how it affects you personally. This is absolutely true in the case of Baggett’s press conferences this summer. If you asked him, his team owner Forrest Butler, or manager Michael Byrne, you would get one view of it. If you asked Anderson or his team owner Bobby Hewitt, or his mechanic, you would get a much different interpretation. Further, if you polled several people at the races or on a message board, you would get yet another viewpoint of the exact same comments. Interpretation and understanding are all in the eye of the beholder. That’s exactly the same situation for Saturday’s dust-up.

As Anderson and Baggett came barreling down that hill on Saturday afternoon, they both knew the situation and who was where. Jason knew he controlled the inside and how the lines at the bottom were shaped. Baggett’s line started way wide but cut back right into the inside where Anderson would be. This is a normal scenario and if you go back to the first moto, this exact same situation played out with Baggett and Marvin Musquin. Baggett swung wide and by the time he got to the intersection point, Musquin was long gone as his line was shorter and quicker to the spot.

In that second moto, though, things didn’t go so smoothly. As Baggett followed his rut back into the inside, Anderson was still there. Why was he still there, you ask? This is where the subtlety of moto comes in. It looked like their lines came together and Baggett was hung out to dry, high siding over Anderson’s rear wheel. In reality, though, I feel there was a bit more to it. Anderson had been waiting for a chance to share his displeasure with Baggett and this was a great chance. He knew Baggett’s line would come back to him and all he would need to do is simply slow his pace through the turn in order to create a run-in. He certainly wasn’t trying to T-bone Baggett or anything crazy. If Anderson wanted to really hit Baggett,  he could have simply followed him to the outside of the turn and blasted him, just like he did to Chad Reed in Las Vegas. Anderson knows how to ride dirty if he chooses. This was a much more subtle maneuver that was well executed. As Baggett crashed over Anderson’s rear wheel, the moto world exploded with their own personal interpretation of what happened. On television, Grant Langston saw it one way. I saw it differently. Blake Baggett surely saw it much differently than Jason Anderson. That’s just the nature of any situation but I am confident there was a bit more to it than simply chance.

As I said, Anderson has his own motivation for ruffling Baggett’s feathers. He also is on the hunt for points in his climb back to the championship fight. Getting aggressive with the points leader is a good way to make up ground. My proof here is to measure his split time through that section. On that lap, his time was the slowest of any lap I could measure that moto. To do this, I started a stopwatch on Anderson as he passed the large red hay bale on the rider’s right coming down the hill. I would stop the timer as he hit a particular point in the berm where riders would pivot up the hill as it stayed constant each lap. I timed each lap a minimum of five times to make sure that my manual timing wasn’t skewed by human error. I averaged those five numbers in order to get that particular lap’s split time. I did that for six of the first seven laps of the race as the cameras were focused on the battle at the front. Lap four didn’t have Anderson on the screen so that lap wasn’t used.  After analyzing the numbers, I hypothesized that Anderson indeed slowed just a touch in order to make sure Baggett’s intersection point would be filled by a Husky 450. Grant Langston didn’t see it that way, but I wanted to use data to show how such a subtle move can have massive repercussions. The times were telling.

So, what does this mean? I think Anderson slowed to make sure Baggett had to wait. That’s not necessarily dirty but it was certainly intentional. That’s how I see it. To say that it was simply happenstance is hard for me to understand. I know Langston’s interpretation, and he is a world champion so I am trying to give his opinion the respect it deserves, but I watched the clip about 100 times, literally, and used the stop watch to try to make my own opinion.

This is not to say that Baggett is without a percentage of blame, either. He knows how his comments were received. He has heard the whispers from Tomac and Anderson about the press conferences. Knowing that, he has to be prepared for anything and everything. When Jason Anderson is on the inside, Baggett has to take necessary precaution. He was caught by surprise on Saturday and for that, he shares a bit of the blame. Knowing your opponent is a huge part of high level sport. Anderson is and will always be aggressive. Baggett has to be ready to counter any move that he uses, subtle or otherwise. Anderson slowed his pace through that turn by a half second, which was just enough to turn the moto and possibly the series upside down.

In the racing world, there are spectacular crashes, insane jumps, and incredible talent on display. These are all readily visible to everyone. This is all great and the wild action keeps people coming back for more. Personally, I am more intrigued by the layered depths of racing. The mental battles, verbal jabs, and subtle maneuvers are what makeis the highest levels of racing so riveting. Not every move has to be black and white. The subtle shades of gray are where championship moto leaves its mark.