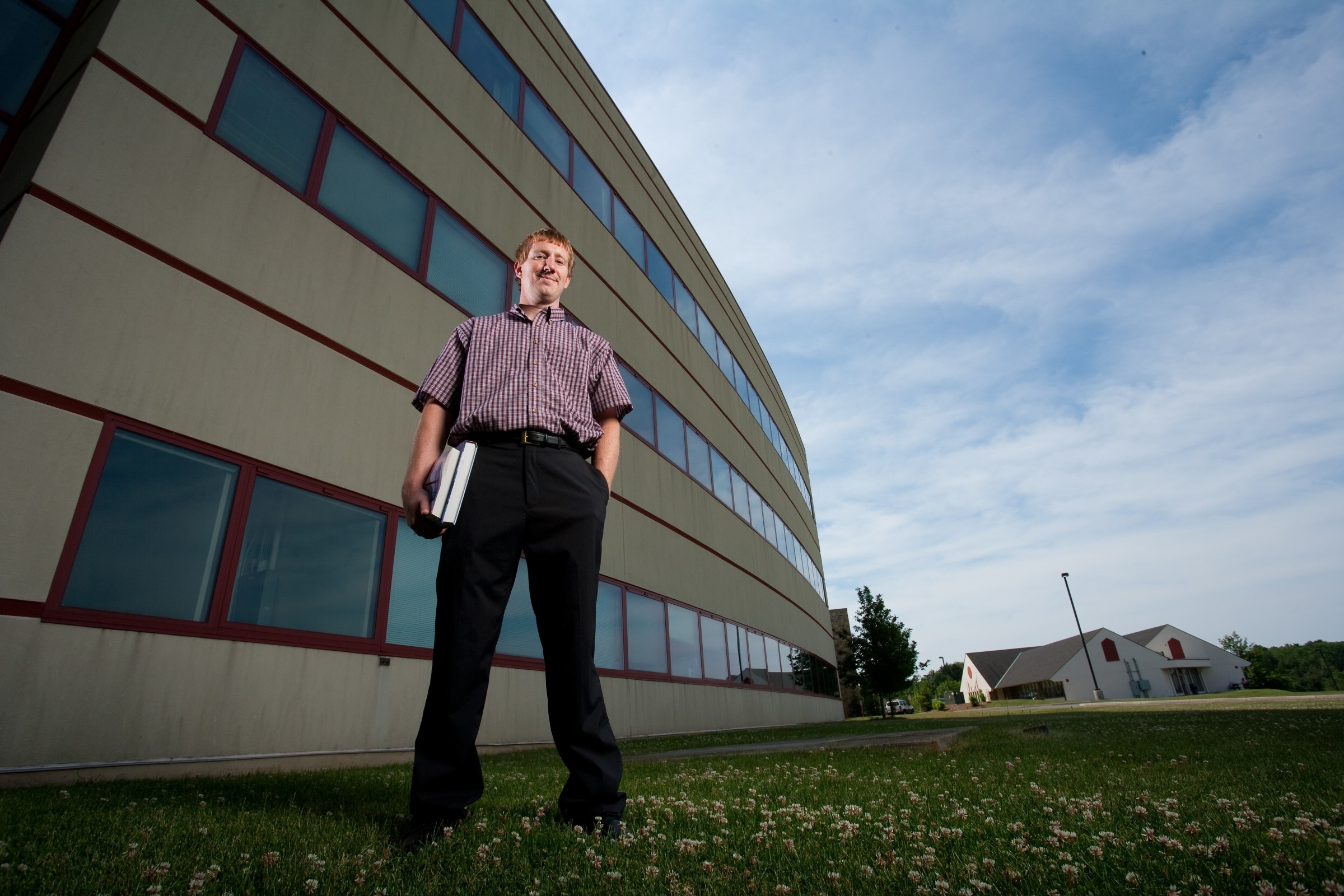 Where Are Broc Hepler

Last time I spoke to Broc Hepler was in 2012 for a full-length feature in Racer X Illustrated. The article was called “The World’s Fastest College Student,” and at the time of our conversation, Broc was still adjusting to being a retired racer. He was busy putting the pieces in place for the next steps in life, which included a college degree, something that was far away and removed from the daily hustle and grind of professional motocross.

Looking back on his career, Hepler was an aspiring amateur prospect who burst onto the professional scene, quickly scored several wins, and established himself as one of the top racers in the sport. But then the injuries set in, including a series of nasty concussions and a few “stingers” to his head. The worst of which came while testing supercross at the Yamaha track in Corona, California, in 2007.

Broc’s injuries came just before the entire NFL concussion scandal, and all the mainstream media coverage that it generated. In other words, acceptance that concussions can be very serious, and can also lead to long-term side effects, was not as widely accepted at that time.

But Hepler and his family knew better. He took time off to heal, until the decision was made to ultimately retire from professional racing in 2009. And while he did not win any professional championships, when he was on top of his game and healthy, he was a formidable contender, right in the mix with riders like Ryan Villopoto.

Racer X: What are you up to now? Last time we spoke you were just starting college and looking forward to getting your degree in education and maybe landing a job with a local school.
Broc Hepler: Yeah, well right now, I am not up to much—it’s summer and school is out. But I have been doing a lot of substitute teaching and with a focus on health and physical education, as well as driver’s education. I have really been trying to find a full time spot, but it can be hard to find that. So I am just getting some hours and working as a substitute for now. We are still living in Pennsylvania, and I bought a small farm in Slippery Rock, which is about from hour from Pittsburgh. I like this area, and mostly keep to myself. It is a rural area, and I don’t have to deal with any neighbors, and my wife has four horses. So I guess you can say I am also a horse farmer. But I certainly never had horses before, so that’s something new as well; we spend time taking care of them, especially in the mornings.

So how did the college program end up working out?
Well, pretty good. I graduated in fall of 2014, and got my degree. I have been subbing a lot. I did 141 days this past school year, but it’s tough in this area to find an open spot in the school system. You know, the local teachers have it pretty good, they have summers off and good benefits. So I basically have to wait for someone to retire or move away. And the other thing is that most schools only have one male gym teacher, so that means there are few chances of that happening in this area. But it;s just a matter of time, and I’m pretty busy with the substitute work.

When we last spoke, you were living with your parents?
Not anymore. I got married to my wife Dawn on July 18, 2015. That was almost two years ago, but we have been together since 2011. Since I retired in May of 2009, she didn’t get to experience my life as a racer, or any of the travel and all that stuff. And we have our little farm.

I see that you have been doing quite a bit of off-road racing. What’s that about?
I have. It all started in 2015. I decided to do a local Ohio off-road series. It is all single track and tight enduro stuff. I had a lot of fun and continued into that for 2016, and then I had the great idea to race the ISDE last year, which was held in Spain. Gas Gas set me up with a factory bike, and it was tough, but pretty cool. Now this year I’ am on a Husky. For me, it’s more about staying at the low-key local races, just to keep having fun and enjoying myself. After all, that’s why we rode in the first place, right?

Wait a minute: you raced the ISDE last year? I didn’t know that! That is a major accomplishment.
Well, we got a gold medal as well! But yeah, it was pretty crazy, we raced 740 miles over the five days. I was third in Club 3, and about 55th out of 700 riders. It was pretty good. But then I broke the top of my humerus at the end of day two, and still had 330 miles to race. That was tough.

The ISDE is notorious for punishing both man and machine. What were some of the biggest challenges you found racing that, and maybe compared to your days as a motocross racer?
Well, the biggest thing a lot of people don’t know is about the tire changes, and the fact that you have to do all your own bike work. Your crew can hand you tools, but they can’t touch the bike. For me, I was a half day into the event and broke off a chain guide. There was no way to fix it quick, as we only had ten minutes. So I changed out the whole swing arm on the bike—I had to do it myself. I almost DNF’d because I ran out of allotted time to work on the bike, but we got it done and kept it alive in only ten minutes. I think for me, physically it was really hard. I wasn’t ready for the mileage. We did 189 miles each day of the first two days, and being on the bike that long, it was a lot. It was around 7-8 hours of riding per day. Then they had dinner, then it was pretty much shower and straight to bed. Riding that much, it was really hard to prepare for; we simply don’t have the places to ride for that long.

How does the feeling of accomplishment of winning a gold medal at the ISDE compare to winning an outdoor national?
Well, it is definitely an accomplishment, but you know, my motocross and supercross wins were a long time ago, so it is kind of hard to compare them. Comparing motocross and off-road, it’s just two different things. But there are not too many people who can jump back and forth, and with respect to being on the top in each discipline.

How did you prepare for the ISDE?
Well, I had some help. The team I ride for, Lunova Husky, Johnny Barber is the team manager. He was a big help. And I have some friends that have gone before so they told me what to expect. But the first day was 189 miles, and only 30 miles was the timed portion. That’s where Ryan Sipes and the moto guys can really kick it in gear. But it’s a lot high speed settings with some woods mixed in. All the special tests were also pretty fast; I would compare it to a Unadilla or something. But it’s good to have a motocross background in ISDE. You still have to be an off-road rider. I do ride a lot of trails. I do ride a lot of moto to train and to keep speed.

Do you still follow supercross and motocross on TV?
Oh yeah, I watch all of the races. I also read all the stuff online as well. I would say the thing I don’t like now, is that they try to make every track have the best dirt, and that kind of takes away from some of the variations that tracks had in the past. If you look back to 2004 and Hangtown, that place was really hard packed. And some places were dusty, or Southwick was more sandy, but to me, now the dirt is all kind of the same. I would leave the tracks in their elements and leave them as they are.

What was your favorite race?
I would say the Steel City National. I won there twice, it was 45 minutes from my parent’s house, so it was my home race, and I grew up racing there. I also had all the friends and family that would come out and cheer me on.

Speaking of your parents, how are they doing?
They are doing well. My dad is now retired, he works part time for the local town to just keep him busy. But I think he rides more than I do. And my mom is doing well. She is still working for the Kittaning High School.

How about the symptoms of your injuries? Are those all healed up?
Pretty much. They are maybe 90 percent gone. Maybe a few times when I work out really hard, they might flare up a little bit, and maybe I have a little bit of symptoms here and there, but I am otherwise living a healthy and enjoyable life otherwise.

Thanks for chatting. Good luck with the job and the off-road racing.
Thanks. You know, I’m still waiting for that phone call to come and fill in for an injured rider on a factory team. No, I’m kidding! I don’t miss the dedication to perform at that top level. I think the only way to really understand it is you have to live it to get it. And I don’t miss that. But my plan is keep racing locally and just have fun with some friends. The school job thing hopefully works out, and keeps me occupied when I am not riding. People ask why I still ride, and well, I do it because it’s hard to take it away. Once you are an athlete, you still have to be able to enjoy your life.