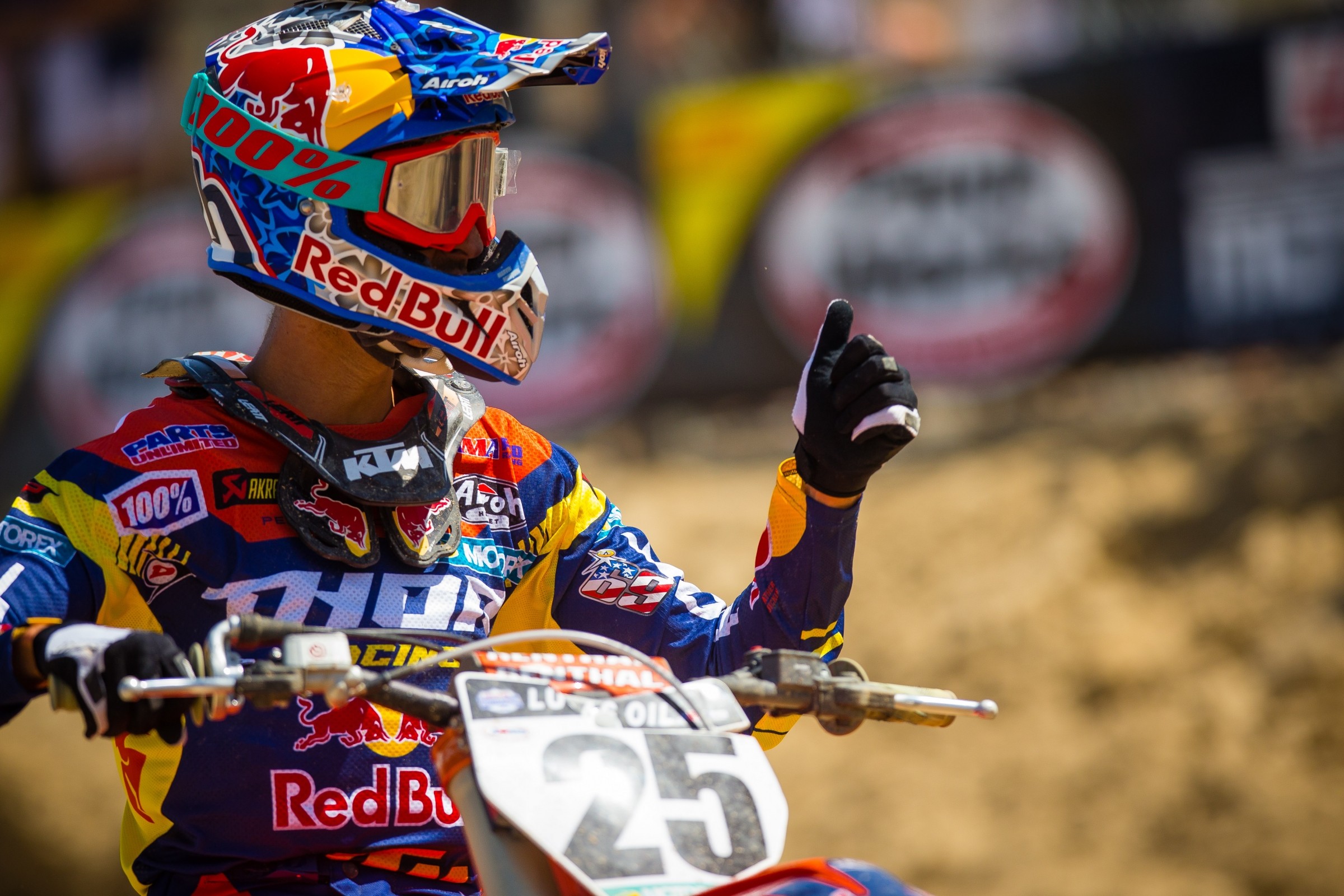 We’re two rounds down in a 12 round championship, which means it’s time for everyone to overanalyze, overreact, and overreach on championship title hopes. Our societal instincts are to live and die with every race. To make rash judgments from small sample sizes. It’s what we do best—and it’s awesome. This is what bench racing is, right?

Sometimes, though, we need to step back and look at the larger picture. Holding a lead after two rounds, according to recent history, doesn’t necessarily guarantee you a title. Since 2004, only 53 percent of the time has the leader after two rounds gone on to win the championship in 450MX.

During that same span, the 250s average out the same: 53 percent of the time the 250MX points leader after two rounds has gone on to win the title. So, while Marvin Musquin and Zach Osborne are sitting pretty at the moment, it doesn’t mean they will be hoisting the championship at seasons end.

One thing to note: Osborne holds the second largest lead since 2004 after two rounds. Only James Stewart in 2004 held a larger lead. James went on to win the title. Musquin’s 15-point lead right now in the 450s is actually relatively small historically, as the 450 leader often enjoys an even larger lead than that.

Have a look at our charts below for more.