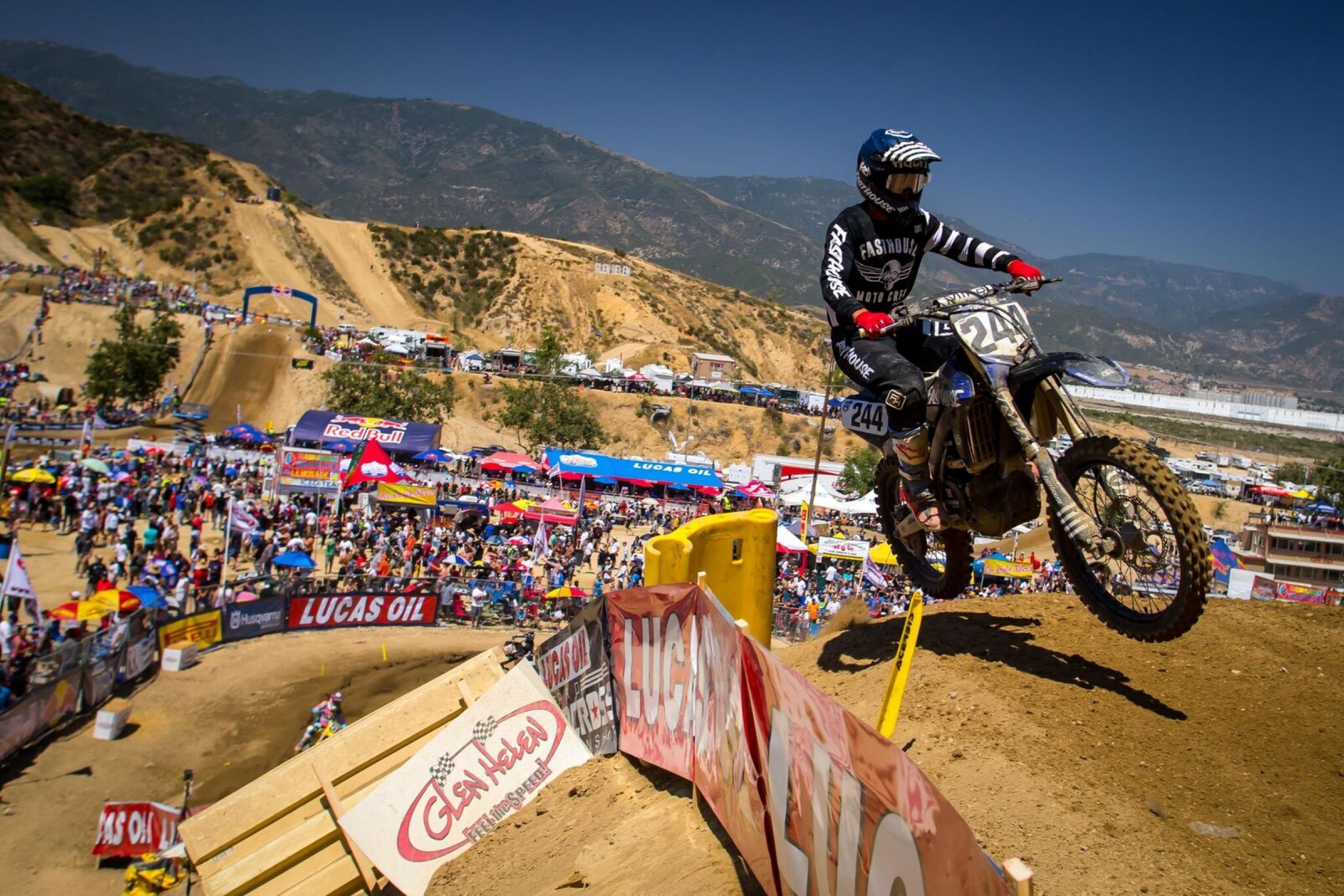 Every race has surprises, and at Glen Helen one of the biggest eye-openers happened when the gate dropped on the first 450 moto. After just a few turns privateer Justin Hoeft found himself right on the rear wheel of Marvin Musquin as the pack thundered up and down Glen Helen’s colossal hills. He never threw out the anchor either, and when the moto ended he managed to secure a more than respectable 11th place. Here’s the kicker—it was his first ever National as a pro! He managed a good result in the second moto, too, taking 14th to secure 14th overall, which was more than enough for us to quickly declare him this week’s Unsung Hero.

We caught up with him to learn more about his debut ride at Glen Helen.

Racer X: Great day for you at Glen Helen! Take us through your motos.
Justin Hoeft: I got off to a good start in the first one. I was a little surprised because I’ve never raced a National. I was a little nervous and I just tried to save my energy until the end, and I got 11th! I honestly didn’t even have any goals, I just came to have fun and ride the best I could. I know my equipment and everything isn’t fully up to par, so I just wanted to have fun at my first National. I raced supercross, but I didn’t have anything lined up for outdoors. I only raced Glen Helen because it’s close to my house. But yeah, I was a little surprised by my start, but other than that I felt like it was all pretty close. I wasn’t crazy off on speed and my endurance wasn’t off. I think it was a good weekend.

What was going through your head when you found yourself next to Marvin Musquin in that moto? How do you keep from freaking out?
I don’t know. I was laughing in my helmet, actually. I was just having fun, I wasn’t super worried and I wasn’t super nervous. I was just doing my deal, and whatever happens happens.

Let’s rewind a second to this being your first National ever.
I actually raced an MXGP round last year at Glen Helen, but this is the first [Lucas Oil Pro Motocross] National I’ve ever raced.

Wow! So which moto do you think was better? You got a better result in the first one, but you also got a really good start. You actually moved up through some guys in the second moto.
I think, for sure the first moto was definitely better. I had more endurance in me. I was able to keep a consistent pace and didn’t drop off on lap times at all. Coming into the second moto I was a little bit more tired. I didn’t get off to as good of a start, and the first two laps I was trying to sprint as hard as I could to make some passes and move up in the field. After about 20 minutes I was getting a little tired, a little weak, and my hands got tore up. I’ve never had so many blisters on my hands! They were bleeding halfway through the moto and my gloves were full of blood. My grips had blood all over them too. For sure the first moto was better, but the second moto was tougher. It was definitely mentally demanding to stay out there the whole time and keep pushing. It was for sure a good experience.

Are you racing Thunder Valley?
As of right now, I don’t think so. I want to, but it’s super hard going from factory equipment and dropping down to a privateer and continuing to try to race. The money’s not there, the bike support isn’t there, just stuff like that. Hopefully something comes up, but as of now I don’t have anything. I rode for Troy Lee Designs/Red Bull KTM as an amateur and also the MXGP. My contract with them was through the pros, but it got cut short.

So you come out and kill it at Glen Helen and that’s it for the summer?
Yeah, as of now. I’m hoping something comes about and I can continue racing, but I just don’t have the funds to take me to the races. They’re so far away and it’s really expensive. I would love to keep racing and continue the rest of the series though.