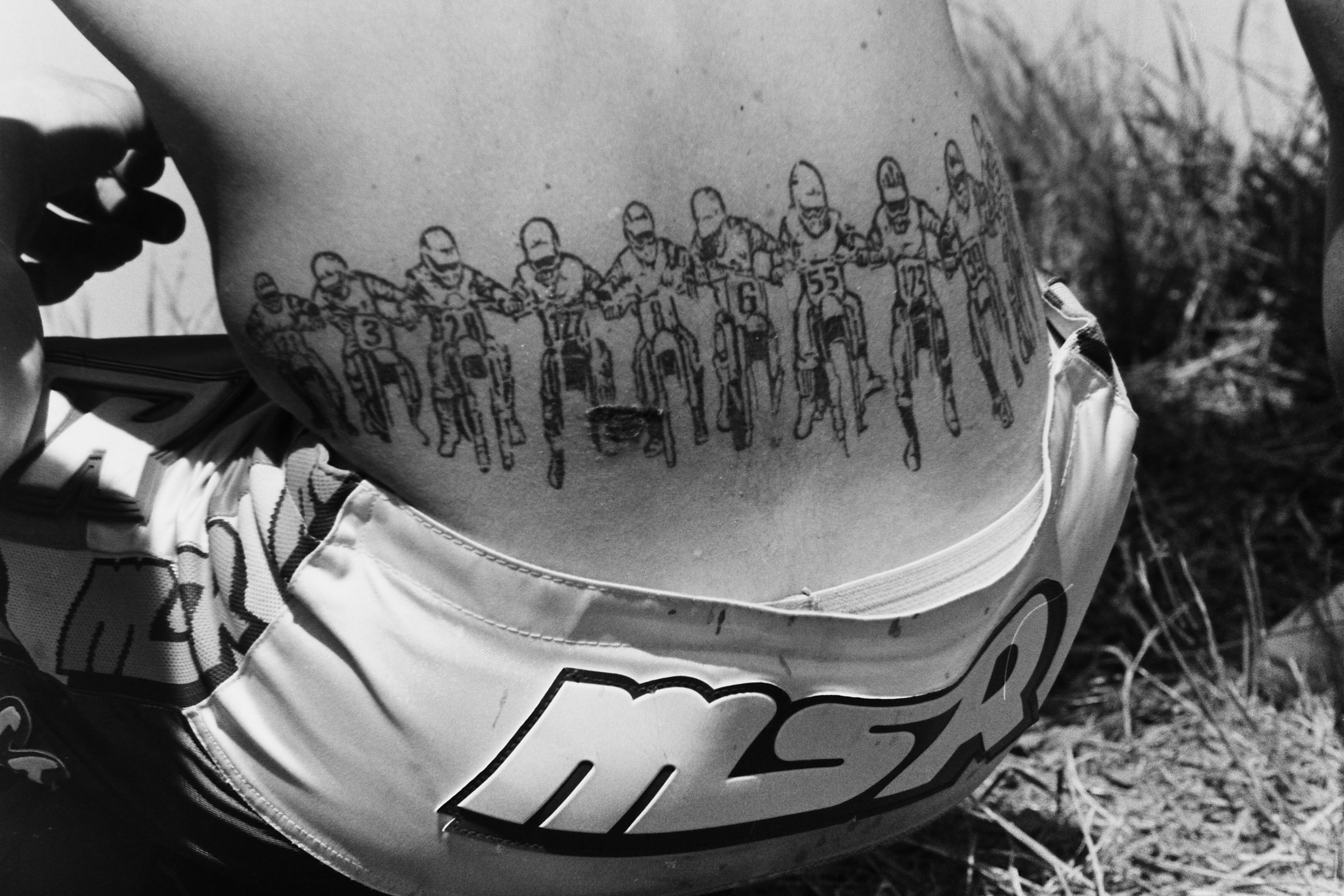 Former MotoGP world champion Nicky Hayden was critically injured on Wednesday after being involved in a cycling accident. The 35-year-old was training along the Rimini coastline in Italy when he was struck by a car. Hayden, a Kentucky native currently racing in World Superbike, who had just competed at the Motul Italian round at Imola, was taken to a nearby hospital and later transferred to Bufalini Hospital in Cesena, per The Guardian. Per Cycle World, Hayden is in serious condition due to “ thoracic polytrauma (multiple chest trauma) and cranial polytrauma (multiple brain trauma), the latter of which is still keeping them from operating on Hayden.”

Cycle World reported this morning that “Hayden's conditions are very critical. He has been stabilized, but the head trauma is preventing the doctors from operating to remove the large hematoma that is clogging the brain and causing neurological issues. He also suffered extensive chest and other internal trauma, but it's the head trauma that is the most serious. Other reports claim Hayden is in a medically induced coma until doctors feel they can operate. Nicky's fiancé Jackie Marin is with him, and members of his family are en route to arrive today.”

Our thoughts and prayers are with Nicky and his entire family at this time.

Motorsport.com has an interesting breakdown on 2016 revenues earned by Formula One teams. Formula One Management projects revenues from three streams: “hosting fees, media rights, and other income avenues, such as hospitality and trackside sponsorship.” Per Motorsport, FOM’s “2016 turnover is estimated at $1.83bn, with underlying revenues estimated at $1.38bn.” Ferrari was first among teams, followed by Mercedes, Red Bull, McLaren, and Williams. More from the article:

Red Bull receives an extra payment for being the first team to sign the current bi-lateral agreement, which runs to 2020, and this totals $35m.

Ferrari will receive $180m in total, representing almost one fifth of the total 'pot' but $12m less than last year.

How Do We Make this Happen? And Can Stew Come too?

Note: Some language not suitable for kids.

@RickyCarmichael Let's race bitch!
I'll even let you bring your cut down seat

@CRtwotwo Game on... I'll give you a refresher course from ATL SX 2005

As we noted a few weeks back, there is a brewing rivalry in MotoAmerica between Yoshimura Suzuki’s Toni Elias and Monster Yamaha’s Cameron Beaubier, who got into a war of words in the post-race press conference following a few on-track exchanges at Road Atlanta. LaneSplitter recently talked with Wayne Rainey, the three-time MotoGP World Champion now in charge of MotoAmerica, about the rivalry. During the 1980s and ‘90s, Rainey and Kevin Schwantz had one of the greatest rivalries in the history of the sport, and Rainey is keen on seeing it in MotoAmerica as well.  “This ain’t no love fest,” Rainey told LaneSplitter. “We love rivalries.” More from the article:

Elias was fuming over two passes Beaubier put on him in the first race at Road Atlanta, saying afterward that he’d remember those moves down the road. And in Race 2, Elias slammed the door on Beaubier’s late challenge.

And that’s cool with Rainey?

World Superbike rider Eugene Laverty was lucky to walk away from an insane crash in Imola’s turns 17-18 last weekend. Laverty made contact with Alex Lowes’ bike, and proceeded to jump off his Aprilia before the bike hit a hard concrete wall and exploded. The race was red flagged and luckily Laverty was given the all-clear from the World Superbike medical center. He talked to Crash.net about the incident.

Out of the right-hand kink before Rivazza Alex came up the inside of me and took the line away. I tried to brake but he was running a little bit wide which is something you shouldn’t really be doing there. I had nowhere to go.

It hooked my brake lines and pulled the brakes off so I had no brakes. I tried to pump them a few times but I had to get out of there.

It isn’t pretty tumbling through the gravel trap there towards the wall so I was lucky to get away with it.

eSports is growing—and very rapidly. Is it sports? Probably not. But, it’s huge, and it's getting bigger and bigger. Check out these numbers from a recent ESPN article: “Some 205 million people watched or played eSports in 2014, according to market research firm Newzoo -- meaning that if the eSports nation were actually a nation, it would be the fifth largest in the world. (They're coming for you next, Indonesia!) And while eSports have long been biggest in Asia, especially gaming-mad Korea, North America and Europe now claim 28 million eSports fans and the number is growing by 21 percent a year.”

This week, Dorna Sports announced that they are going to hold a MotoGP eSport Championship in 2017, with official MotoGP™ '17 console video game providing the backbone of the championship. Gamers will take part in online challenges throughout this year, with the goal of qualifying for the final set to be held at Valencia, the final round of MotoGP in November. It will be broadcast live by Dorna’s media partners. More from the official press release.

Exclusive to SONY PlayStation® 4, the MotoGP™ eSport Championship will provide a direct link to real life racing with seven online events in a time trial format. The 16 fastest players will be invited to test their skills in a first live event in Valencia, just ahead of the MotoGP™ season closer, with a BMW  M240i car up for grabs as the top prize.

This first foray into the eSports scene will lay the groundwork for a more extensive calendar for next year's eSport Championship, which is backed by several founding members - most of whom are already involved in the MotoGP™ World Championship as sponsors or partners.

Cleveland’s plan to spend $2.4 million to build a track complex for dirt bikes and all-terrain vehicles on the city’s east side to give dirt bikers often seen on city streets a legal place to ride, has become an issue for the mayoral campaign. Cleveland.com reported this week that Mayor Frank Jackson, who has “championed the idea as a part of a comprehensive solution to getting bikers off city streets and engaged in a more productive—and lawful—activity," on Tuesday took a “swipe at [councilman Zack] Reed, suggesting the motivation for criticisms Reed has raised at City Council meetings have more to do with political gain that genuine concern for safety or the city's budget.”  More from the piece:

"He can say anything, whatever he thinks is to his advantage," Jackson said, responding to a question at a news conference.

"There are pimps in every world," the mayor said. "He's pimping this situation ... exploiting it for the purpose of his own interests."

Reed, in telephone interview afterward, said he was offended by the remark and that the mayor should apologize.

"Zach Reed may be a lot of things, but one thing Zack Reed is not is an exploiter of the issues," the councilman said. "None of what I'm doing is for political gain. As I continue to say, when they break the law, we have people in place to enforce the laws.

"We can talk about using $2.4 million on a lot of things if you're talking about reducing violence in the city of Cleveland," Reed said.

Councilman Jeff Johnson, who also is challenging Jackson's re-election, took to Twitter with his response.

According to JuneauEmpire.com, City and Borough of Juneau Assembly voted 7-2 to approve an ordinance rezoning a 23-acre portion of a 83-acre lot surrounding Honsinger Pond from a "rural reserve" designation to an "industrial’ designation." The property is owned by Spike Bicknell’s company Bicknell, Inc., who have applied to put a motorcross park in the area. More from the report:

Some in attendance spent time talking — either for or against — the fact that Bicknell has applied to put a motocross park on that area. Bicknell said at a meeting of the Wetlands Review Board in October that a motocross park there would merely be a placeholder for “approximately three years until the property is developed for other purposes.”

One of the two members of the public to testify in favor of the rezone was businessman Frank Bergstrom, who is involved with numerous local movements from the reworking of the city’s mining ordinance to the pro-road First Things First Alaska Foundation. Bergstrom hopes that whatever Bicknell does with the property ends up bringing economic benefits to Juneau.

“I think that would be a wonderful thing to do to this town,” Bergstrom said, “and I think that it’s that kind of economic development that goes with that zoning that will allow job creation and economic activity that this town sorely needs.”