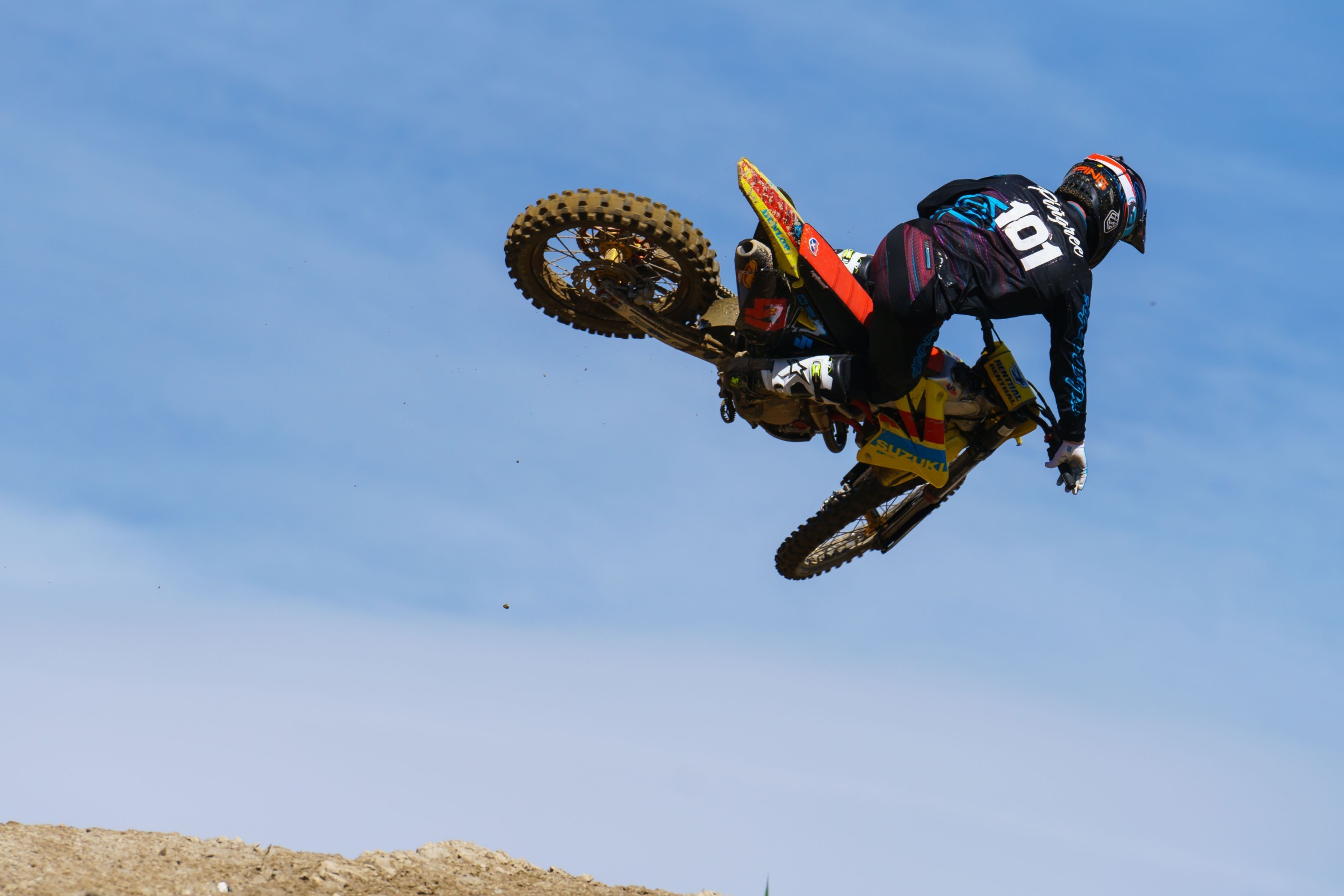 I wasn't going to write in but this is eating me up and I can't let it go...and I won't be bummed if you choose not to publish my question. I would simply like to have a professional opinion from an insider, please. Eli Tomac's riding in Vegas was despicable! Period! Intentionally letting a guy pass you so you can try and take him out?????  He did it several times...That's bull$#!t man...It's the kind of crap that J-Law would have pulled! Now, I respect Dungey but I'm no fanatical fan...and I have no issue what-so-ever with the pass that Osborne put on Savatgy.  That was clearly a different situation. Now, you might say it's just racing, but I disagree. Sabotaging a guy's race because you haven't been as consistent is not a part of racing.  It's cheap!  Last week Tomac was venting because Musquin pulled over for Dungey. Hey, I get that. He wondered how Dungey could validate his championship if it were won by less than 3 points....ironic considering his behavior on Saturday night. It's fun to watch the guy ride, but in those 20 minutes I lost a lot of respect for him. What the Eff happened to sportsmanship?

We are on the same page here, Jim. While I appreciate his commitment to winning at all costs, his ride in Las Vegas lacked integrity. Maybe that’s a lost quality these days but, to me, the idea of a championship is for the best man to win, fair and square. In the 2017 season Ryan Dungey finished with the most points because he was consistent. Tomac was faster for much of the series, but his bad nights were much worse than Dungey’s. The slowing down to bring the pack closer was a strategy that I’m okay with, right up until he shoved Dungey off the track in the closing laps. Both of those moves reeked of desperation in my mind and cheapened Tomac’s efforts this season. In the end, Tomac’s game didn’t work and he gave up another win in the record books, somewhere around $100,000 for a race win bonus and, most importantly, a whole bunch of respect.

Thanks in advance for your time,
Jeremy from Michigan

Are you talking about the young Jeff Stanton who would rip your head off and poop down your neck or the Vegan diet Stanton who looked like a smaller, female version of his former self? Look, we all have our favorite riders and other guys we don’t care for as much. The strange fact is there are those who dislike Ryan Dungey because he doesn’t take enough risks, he isn’t covered in tattoos and his demeanor is humble, polite, and professional. Yep, he’s a real asshole. However, despite the malcontents, the record books will show Ryan Dungey as one of the best riders to ever swing a leg over a bike. His accomplishments on and off the bike are impressive and I would say he’s done more to advance the sport than any other rider, with the exception of Jeremy McGrath.

The fact is, whether you think Bradshaw should have won that title or not, Jeff Stanton got the plate and the check. Whether you think Tomac should be the champ this year or not, Dungey has the plate and the check. The scoreboard doesn’t lie. And, no, I don’t think many would get in Stanton’s face about his accomplishments, Vegan or otherwise. I know he has guns and if he still isn’t eating meat he’s probably grumpy about it.

So I have a few things on my mind. One of them being that Josh Grant was clearly "riding in such manner as to endanger the life or limb of another rider" with Malcolm Stewart while they were both in a qualifying position in the heat race in New Jersey. Some say Malcolm cross-jumped, but I think he got cross rutted. Either way, one, if not both of them should have been punished because if he did cross jump on purpose that is unacceptable, and what Josh Grant did to retaliate could have seriously injured him. Then I find out that Osbourne got fined in Vegas. Really? Wtf?! I see nothing wrong with what Osbourne did. I think the way Grant took out Malcolm was way more unacceptable! Osbourne was in a situation where it was the last lap, last corner to win the championship. Joey left the door open for Osbourne to take the championship and he did. Then what about Eli? I don’t have a problem with his first pass after the whoops. And I don’t have a problem with him slowing down the race so his teammate could get in the mix. I have a problem with him letting him by then trying to take him out two times. He was trying to endanger the life of Ryan Dungey. What do you think about that? So basically I want to know why didn’t JG33 get fined? I put his takeout near the same level as the Alessi/Tickle takeout. Is it because he rides for Monster? Because Malcolm’s last name is Stewart? Malcolm’s skin color? I can’t seem to understand why he didn’t get fined. Also, why did Osbourne get fined? Because he rides for Husky? Because Monster didn’t win? Then what about Eli? Is it because Ryan rides for Red Bull? I just know that if Friese or Alessi did what Eli or JG33 did they would be fined and everyone would hate on them (I know they are on probation). I just mean that with their actions they are performing they should be getting the same reputation as Friese and Alessi. What is your thought?

That’s a lot of questions, Steven. And I think I covered most of them in my first two answers. But you bring up a pretty eyebrow-raising question. Does Monster Energy, the title sponsor of the series and of both Kawasaki teams, have the juice to sway officials and riders? Why did Grant get off with such a flagrant and obvious takeout in Jersey? And remember when we couldn’t figure out what Chad Reed was mad about when he held Dungey up for several laps in St. Louis but let Tomac right by? Was that whole thing fabricated by the green drink? Reed is an athlete paid by Monster Energy and he was coming up to Dungey in Las Vegas like he had an assignment to complete. Jason Anderson foiled that effort effectively, but what if he hadn’t? It does seem odd that Osborne gets fined, Tomac doesn’t even get a warning for shoving the reigning champ off the track three times in one race and Josh Grant doesn’t get any type of reprimand for cleaning Mookie’s clock the weekend before the finale.

I’m going to pull off my tinfoil hat for now but I’ll be keeping a close eye on any rider with a big “M” on their gear from here on out.

[Editor’s note: The penalties came from protests. Osborne was protested and was fined. Savatgy—a Monster rider—was protested for cutting the track in New Jersey and was penalized. No one protested Marvin Musquin moving over in New Jersey, or Tomac’s moves in Las Vegas, or Grant’s take out of Malcolm in New Jersey. They were not penalized. Should the officials need an official protest to make the right call? Probably not, but that was the case in these incidents. – Weigandt]