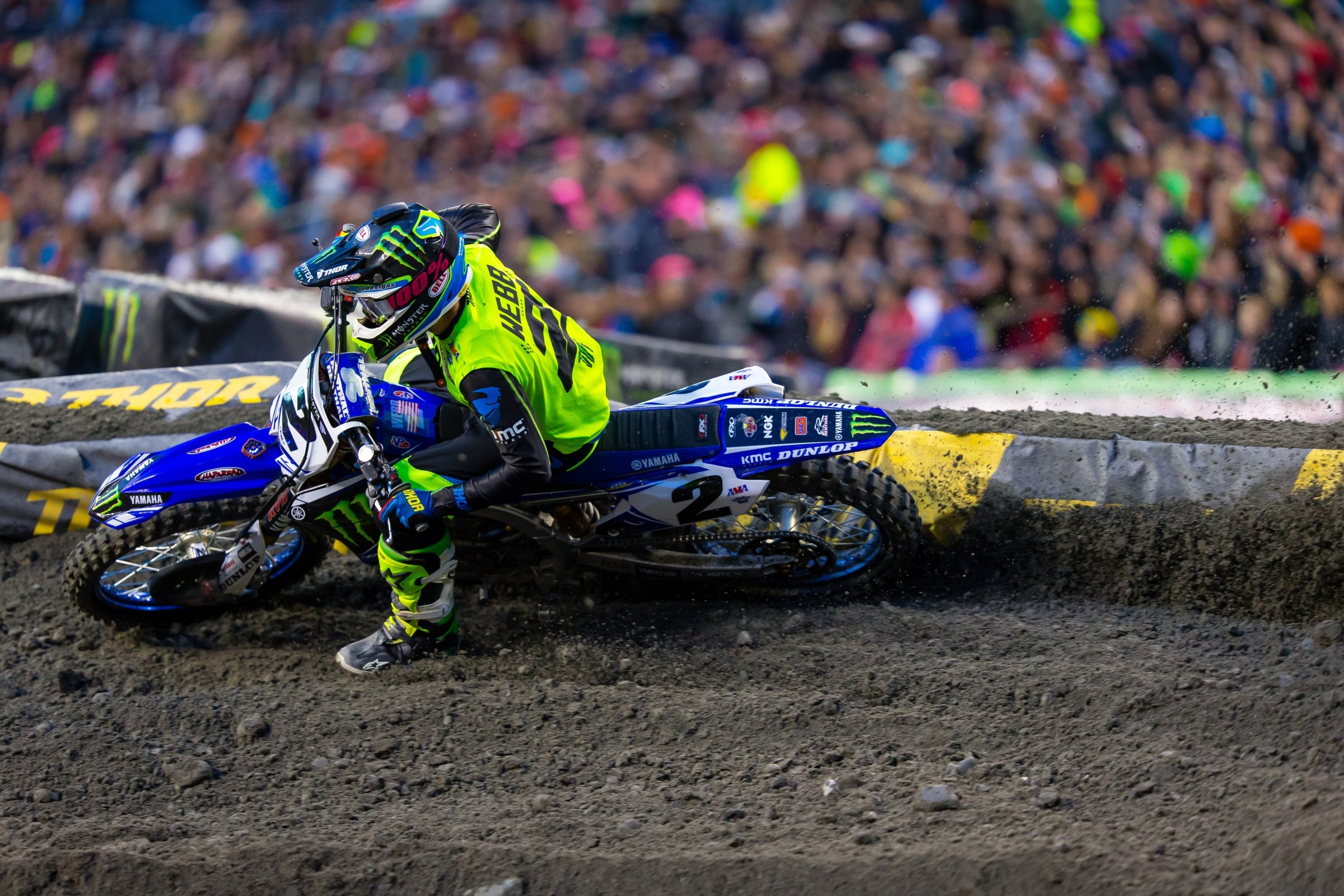 3 on 3 Questions from Seattle

1.) It's freaking tied! How crazy is this going to get?

Jason Thomas: Well, if it's anything like the last month or two, it won't be very crazy at all. Eli Tomac has beaten Ryan Dungey six straight races and taken a 27-point lead down to zero. Ryan has to figure out how to beat Eli because even crashes aren’t enough to hold Eli back at this point. Dungey needs to win if he wants this title.

Steve Matthes: I'm not going to be all Debbie Downer like JT. I’ll say that these last three should be some great racing. Add in some possible weather issues in Salt Lake City and East Rutherford and we could be looking at some nutty happenings. Tomac's been dancing on the line of "are his starts bad again?" in a couple of heats and in this past weekend's main, so maybe that happens. Dungey's been so off that I'm with JT here, I can't see him just flat out-riding Tomac in a race. Maybe Tomac falls? Maybe Tomac gets a poop start? But Dungey just mano-a-mano leaving Tomac in the dust? Don't see that happening. Still, we see runaway after runaway so this is cool. Bah humbug, JT.

David Pingree: Honestly, Dungey has to step up his game in these last few rounds if he wants this title. The run we’ve seen by Tomac has to be one of the greatest comebacks in the history of the sport and that momentum isn’t going to change without a dramatic rebound from Team Dungey. Even if the Easter bunny delivers Ryan three holeshots in the next three rounds, Eli has proven he can run him down and pass him. Another three wins in a row doesn’t make for crazy racing. These guys are great riders, great champions, and great human beings, so I’ll be really happy for either one of them. At this point I just want to see it come down to a winner-takes-all main event in Las Vegas. That could get crazy.

2.) Is Cooper Webb officially on the list of dudes who go good on gnarly tracks?

JT: Yes. With him excelling at both Oakland and Seattle, the proof is there. Whether it's the dirt or tougher conditions or simply a mental thing, he looks like a completely different rider. When conditions go downhill, his trajectory points straight up.

Matthes: Maybe, there’s just not a large enough sample size to say for sure. I mean, he's Cooper Webb, he's a badass everywhere. That's why he's a national and supercross champion, right? But he was very good in Seattle and I suspect a guy like him that runs on confidence (like how America runs on Dunkin) and knowing he's fast will benefit him in SLC. He told me he learned some things about setting up a 450 recently and feels a bit better so there's that. Get back to me the next crappy track ride by Webb and maybe I'll be there.

Ping: I would suggest that any rider with a national motocross title is one of those guys. You can’t win an outdoor title without being exceptional in the mud, ruts, bumps, and generally adverse conditions. So, yes.

3.) We know Marvin Musquin is a contender. Who else can be in the mix as a spoiler for Tomac and Dungey?

JT: Webb, as we just mentioned, will be a factor somehow with outdoor venues left to race. Jason Anderson looked much better in Seattle and should be in podium contention especially on a track like Vegas. If we get more inclement weather, I look for Davi Millsaps to be in the mix, just like he was in Seattle and lastly, Blake Baggett is a holeshot away from being on the box again. With Cole Seely now dealing with an injury, Chad Reed's struggles, and Josh Grant having a big get off, I think there are only a few capable of giving Tomac and Dungey a 20-minute fight.

Matthes: Well, see above. I said when Webb got back that I thought he could jack up this title fight but that didn't happen. The Seattle ride will help him out, though. With Millsaps looking like he had someone controlling his brakes when Dungey came up on him maybe Millsaps and Baggett won't be factors unless they're well clear of Ryan Dungey. Jason Anderson maybe? I don't know, we just saw two guys rip through most of the fastest riders in the world pretty easily (Tomac twice!) so I think this boils down to the #3 and the #1.

Ping: Anderson and Webb are probably the only other guys who I could see getting in-between Ryan and Eli, barring a crash from one of them. I think that a first-turn crash or bad weather at the next couple of rounds could be the bigger factors in this title chase.