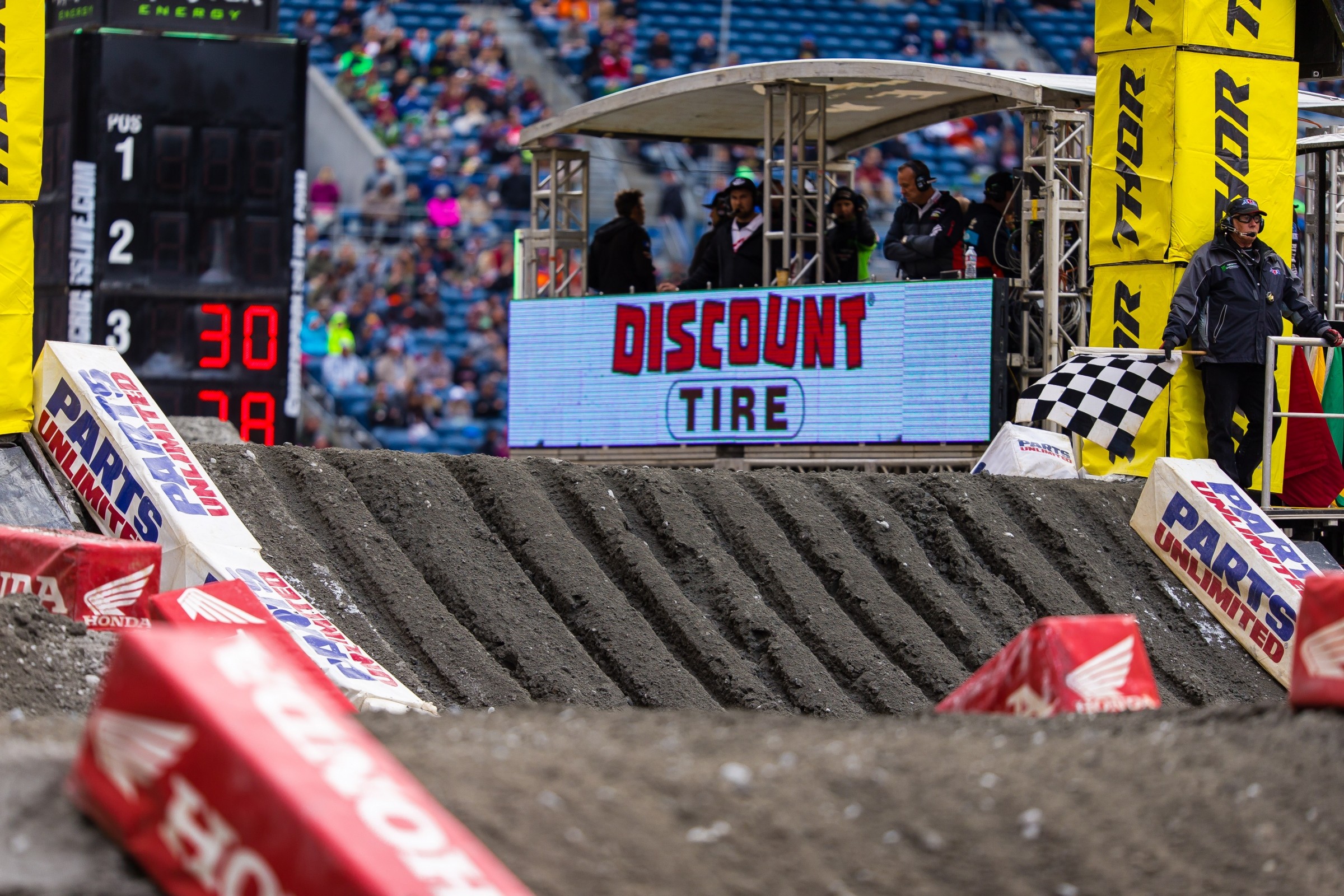 The track in Seattle was the most rutted up track we've seen this year. Oakland was close, but the soft Pacific Northwest dirt made for a race that looked like it was being held on another planet. In the end we saw some great racing and Ryan Dungey and Eli Tomac are now tied for the 450SX points lead with just three rounds to go.

Take a look at how much time Eli Tomac lost when he crashed after coming up short on a double. Considering he only finished 4.770 seconds behind Marvin Musquin, that crash potentially cost Tomac from gaining an additional three points and sole possession of the red plate heading into Salt Lake City.

I also found it interesting how Musquin and Jason Anderson both set their fastest lap times on the very first lap. Usually it takes two or three laps to get into a rhythm and be able to lay down their quickest lap.

Dungey and Tomac both put in incredible rides to come through the pack. Dungey came from last to fourth and Tomac came from 10th to second with a crash in the middle of the race.

To me, this chart is a perfect summary of their riding styles. Dungey was pretty far off of Tomac's pace (everyone was), but his lap times were much more consistent. Tomac was on the opposite end of the spectrum, blazing fast without much consistency lap to lap. Even when you get rid of Tomac's 1:09.8 lap time, he still had a wide variation in his times.

Just a fun fact: Dungey turned the exact same lap time on laps 13 and 15, a 57.101. While his fastest lap was only the eighth fastest of the race, his average lap was just 1.1 seconds slower than that fast lap, which is far closer than anyone else's average (most rider's average lap times were two to three seconds off of their fastest).

If you're wondering how Tomac was able to go so much faster than everyone else, look no further than the rhythm section after the finish line. The AMA didn't provide segment times this week so I had to go at it the old fashioned way: I timed Dungey and Tomac from when they landed on the finish line jump to when their wheels touched on the last jump in the rhythm section. Tomac's triple onto the table top saved him about a second compared to Dungey (and, presumably, anyone else who didn't jump through that section like Tomac, which was pretty much everyone). And that's only one section!