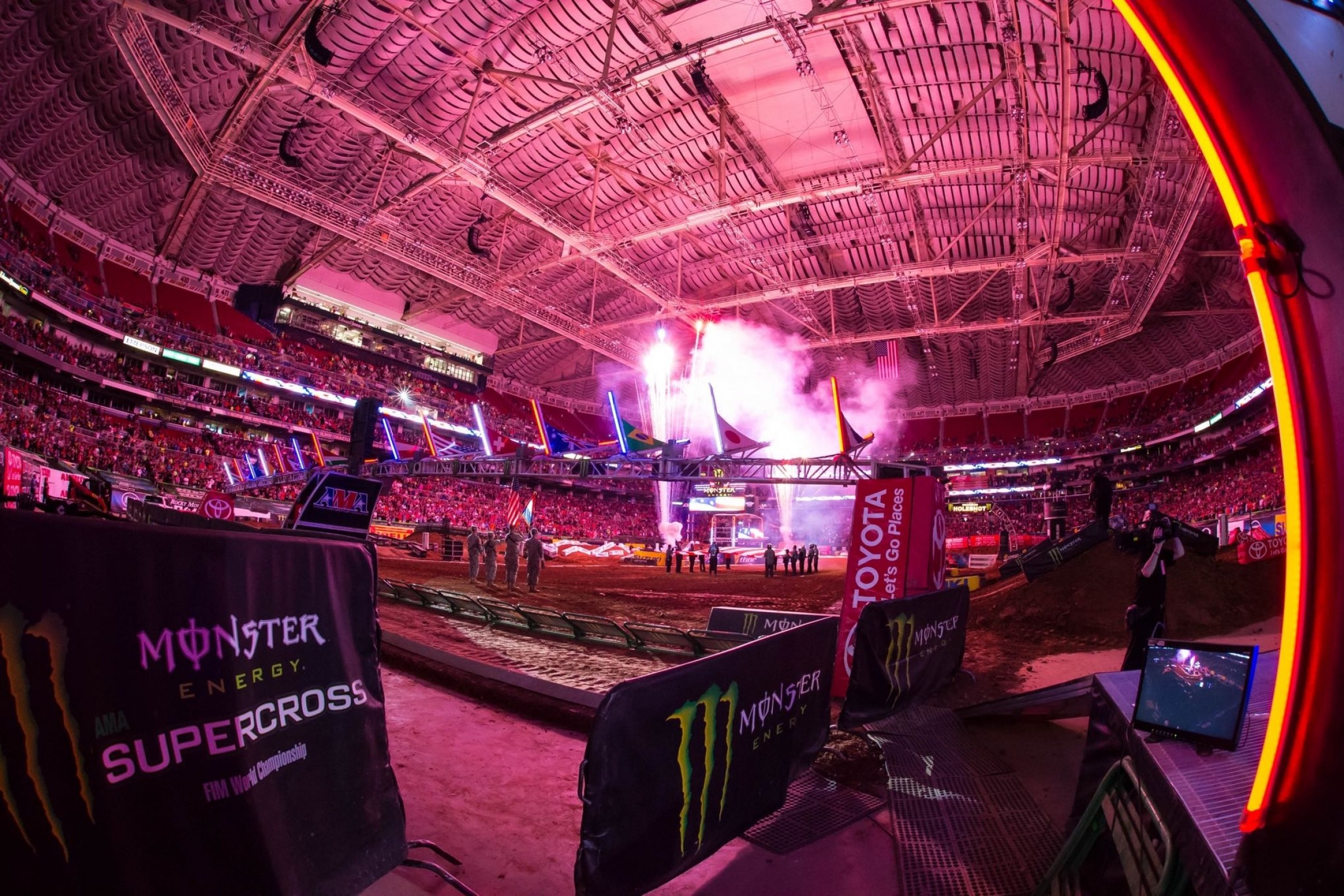 Things aren’t going as good as they could be for Ryan Dungey right now, and a big reason why are his subpar starts. Since he won in Atlanta, he’s averaged ninth place after one lap in the last four races. “The last few races just right off the start I haven’t been there. If anything I like a good fight to the end, and even with Eli I like to be there to push him,” Dungey said in the post-race press conference after Detroit. Yesterday, we actually detailed where Dungey is starting directly off the start. You can read about that here. That’s not good, especially when you’re racing against Eli Tomac, who’s currently showing no weaknesses out there. Dungey has to figure out his starts and rip a holeshot in St. Louis. Coming through the pack isn’t going to get it done. -Aaron Hansel

St. Louis is considered by many to be the race with the best dirt. It’s generally tacky, gets nice and rutted, and provides all kinds of traction. Then again, the St. Louis tracks have never had to endure the added abuse that’s resulted from this year’s longer timed main events. Will the dirt hold up and form a perfect race track for battle from gate drop to checkered flag, or will it break down and get torn up like we’ve seen some of the other tracks do this year? –Hansel

Zach Osborne’s bid for a championship took a serious blow last weekend when he got caught up in a first-turn pileup. Instead of leaving with the points lead he was forced to hand his red plate over to Joey Savatgy, who now leads by nine points over Jordon Smith. Osborne heads into St. Louis in third place and facing a 10-point deficit with exactly three 250SX East Region races remaining. Anything can happen in racing, but for Osborne, anything less than a win is no longer an option now. –Hansel

Kyle Cunningham’s season didn’t start off great. Mechanical problems forced him to the sideline at the 250SX East Region opener in Minneapolis, and after the second round of the season, he parted ways with his team, Blue Buffalo/Slater Skins Yamaha. But instead of going to the races on his own dime again, Cunningham picked up a fill-in ride with Autotrader.com/JGR Suzuki and was able to finish in the top five last week despite crashing in practice and getting 10 stitches in his chin. He was also sitting in 14th place at the end of the first lap of the main event. How well could he finish in St. Louis if he gets a decent start? -Hansel

Although Savatgy now holds the points lead, he had to be kicking himself a bit after Detroit. Savatgy set the fastest lap of the race while leading on lap five, then crashed all by himself on the next lap, losing about six seconds. He’d end up losing the main event to Jordon Smith, who rode a fantastic race to take his first win, by less than a second. Savatgy probably feels like Detroit owes him one, and you know he’ll be looking to get it back in St. Louis. -Hansel

The following stat line does not belong to either Ryan Dungey or Eli Tomac: 3-3-2-1-2-5-2-2. In his second full season in 450SX, Red Bull KTM’s Marvin Musquin has clearly taken the next step toward being a title contender in the near future. He was hurt by consecutive ninth place finishes in Glendale and Oakland, and a bout with the flu, which led to 13-15 finishes in Toronto and Daytona, but aside from the top two, Musquin has taken control of the next best crop. The dirt this weekend will play to his strengths—similar to Indy, where he set the fastest qualifying time and caught Dungey from way back for second in the main event—and we could see Musquin challenge for his first win since Arlington. –Chase Stallo

Despite being second in points, just nine back of Joey Savatgy, Jordon Smith didn’t get much love in our Online Poll this week, receiving just seven percent of the vote as of this writing. The stigma of his past inconsistencies may play a role in the voting, but Smith has worked hard to dispel that label. This year, he has five top-five finishes in six races (his lone finish outside the top five came following a crash in Toronto), and is coming off his first career win in a pressure packed main event in Detroit. His gamble to leave GEICO Honda for Troy Lee Designs/Red Bull KTM is paying off at the moment, and Smith said it was huge to get off to a good start at the season opener (second in Minneapolis) to give him confidence for the rest of the season. “I felt really good all off-season. Like I said, I had a really good off-season and was able to progress the whole time. But you really don’t know where you’re at until you line up at the first round. So that was really reassuring getting second at Minneapolis. I didn’t have the best rounds after that, but I knew that I rode good and I knew if I just eliminated the mistakes that I’d just be on the box more. The confidence definitely helps whenever you’re able to have really good nights, and then even the nights that aren’t so good are still better than ones in the past. So it definitely helps the confidence, for sure.” Can Smith draw closer to the title with a win this weekend? -Stallo

When Dean Wilson scored a top five in his second race with Rockstar Energy Husqvarna, most assumed he would be consistently battling for the top five, even a podium. But, like so many others, his starts haven’t been there, and he hasn’t gotten back in the top five since. Can Wilson grab a start this weekend and get back in contention? –Stallo

After leading his first career laps in a main event in Toronto, Yamalube/Star Racing Yamaha rookie Dylan Ferrandis was refreshingly honest about his potential to win a main event at the time. “I’m not ready for [to] win a main event. I need to train a little bit more, to have more experience, to ride more different tracks.” The former Grand Prix star has been a bright spot on a rebuilding Star Yamaha team in his first year in supercross. He was certainly in the hunt for a win last weekend (leading nine of 18 laps before finishing fourth), and it may just be a matter of time before he joins Christophe Pourcel and other French riders as a winner in 250SX. We’ll see if he can play spoiler Saturday. –Stallo

Monster Energy Kawasaki’s Josh Grant is one of just three riders currently in the top 20 in 450SX points that is over the age of 30. (Chad Reed (35) and Justin Brayton (33) are the other two.) Grant, who turns 31 later this year, is enjoying one of the most consistent seasons of his long career—and has remained relatively healthy, racing in 10 of 12 rounds up to this point. Through those 10 rounds raced, Grant has five top 10s, with a season-high sixth coming at Anaheim 2. Can he keep his strong season going in St. Louis? -Stallo