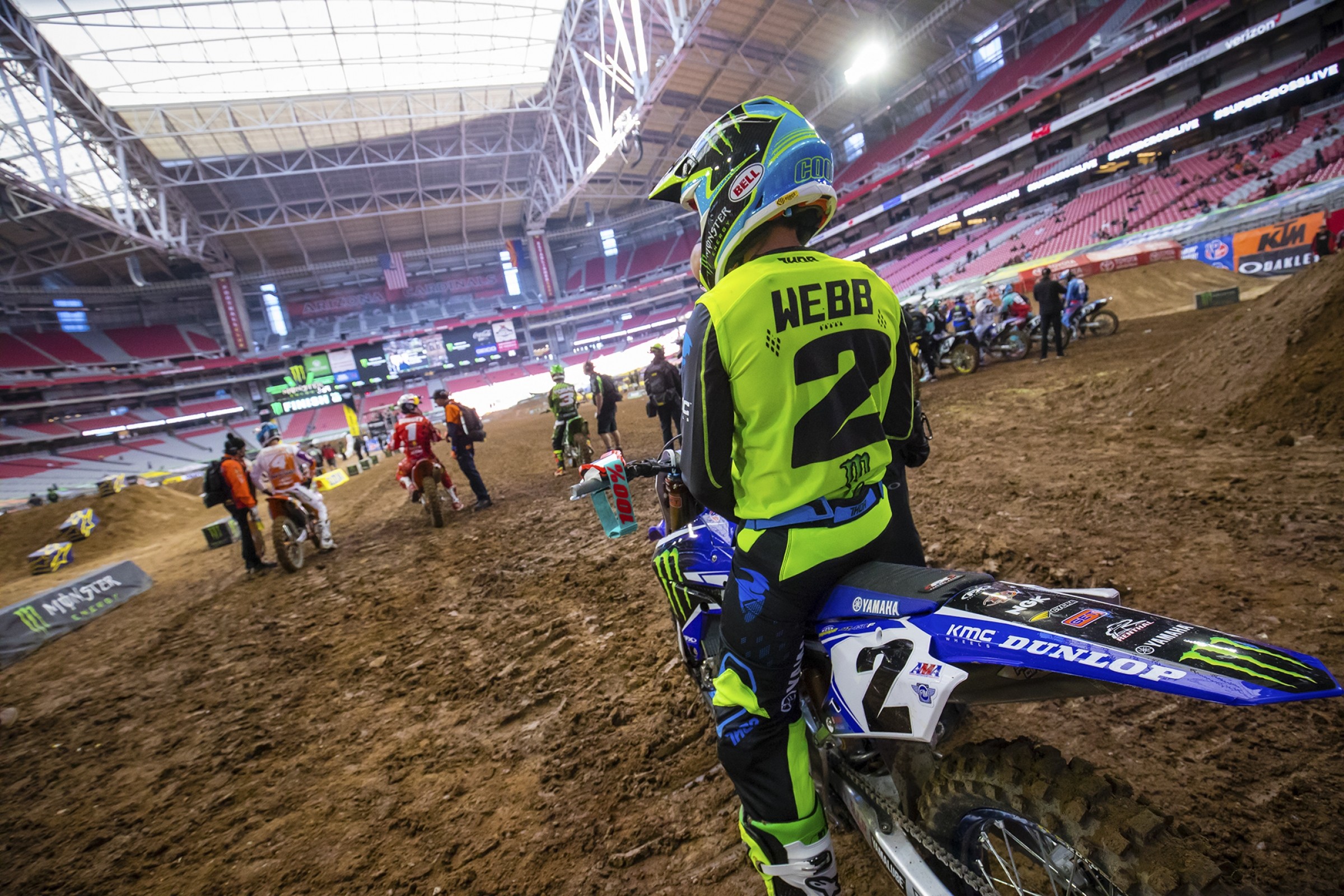 After missing the last four rounds due to a shoulder injury sustained in Minneapolis, Cooper Webb returns to action today in Detroit. Prior to his injury, Webb had secured two top fives in his last four races, which included a podium in Oakland.

How will Webb fare in his return? Cast your vote below.