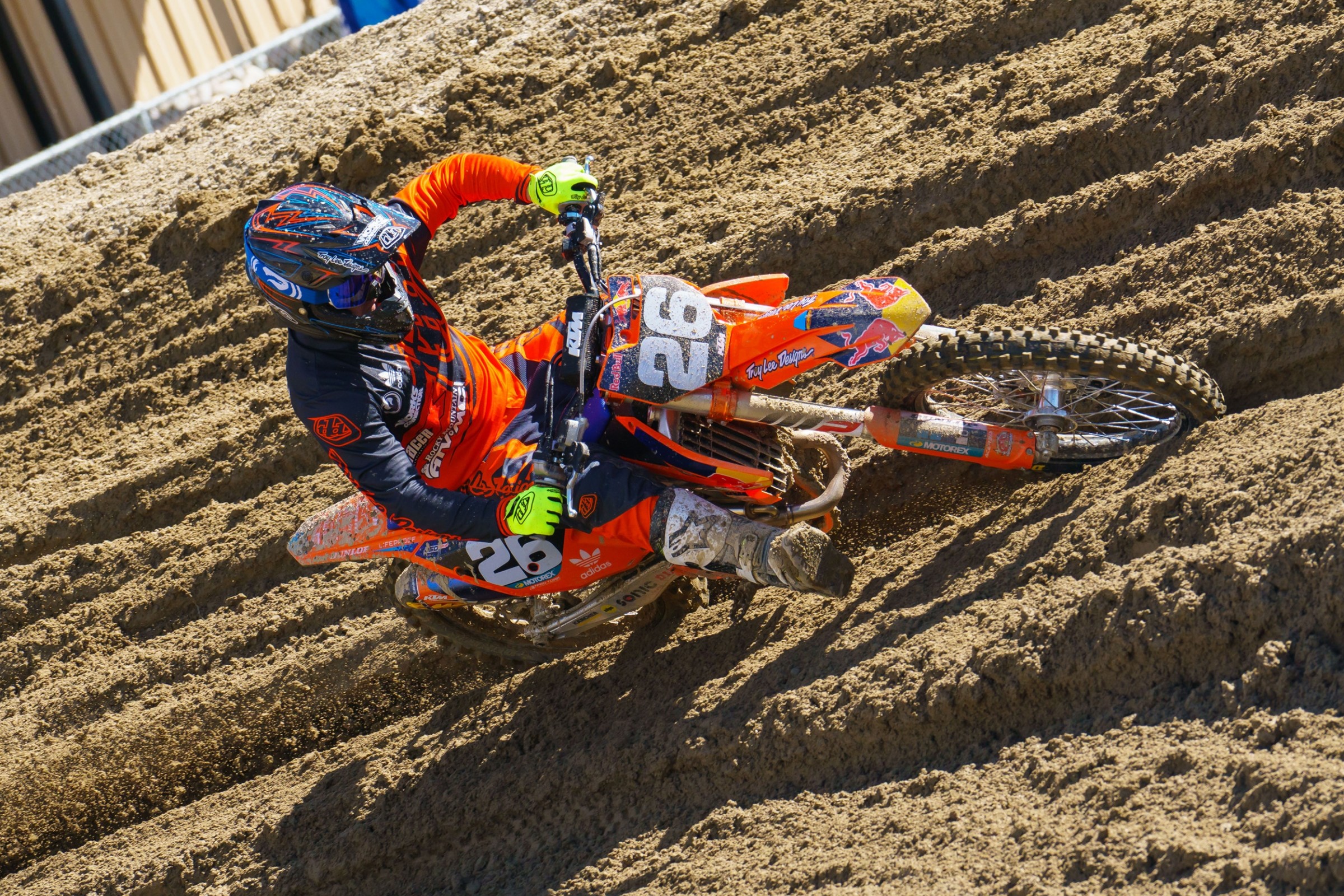 I can't help but notice but some riders in 250 SX are nearly 30 years old and have been racing professionally for over a decade. I'm not saying this is right or wrong, but dare I say this isn't the intention of the class. Should we put some regulations in place that ensure this does not happen, or should we allow 250 SX to be free for all where everyone is welcome? I think we should put an age restriction on the class (perhaps at 23) to ensure more opportunity for up and coming racers (whom I believe the class is designed for), as well as to funnel talent into the 450 class to challenge established and aging stars. That or we should get rid of all restrictions and put all the "pointing out" BS behind us for good. I'm well aware that 250 motocross bikes seem to outsell 450s, which adds another dimension to the argument. Boy, this is a conundrum!

What do you think?
-Thanks

The intention of the pointing-out rule is to ensure that a rider doesn’t hang around the class and rack up titles year after year (which wouldn’t happen anyway because champions want to move up). The split series was designed to give riders on the East Coast a chance to shine since they aren’t in California in front of the industry all the time. That was in the 1980s and the original intent is a little silly now [riders on the East Coast have no problem getting rides now], but splitting the series does give more teams and riders a chance to be successful, which is good. Why does it matter that some riders are 30? Have Davalos and Osborne been stealing every win from the kids for the last eight or nine years? I’m pretty sure they only have a handful of wins between them. And if you bump riders out because they are a certain age you just cut their careers off at the knees. With no rides available in the 450 class they will have no place to go. Their options will be pay to go racing as a total privateer or quit. This just diminishes talent and is a bad idea. I’m all for getting rid of the move-up rules, but keeping the series split. The money and prestige is smaller in the 250 class and the cream of the crop will rise to the top regardless of what the rules are in the 250 division.

Could you breakdown the differences between the MXGP bikes and AMA bikes, as far as what is allowed? I know the AMA has the production rule, and I am not sure what rules MXGP bikes have. I saw somewhere recently where it was mentioned that Villopoto's MXGP bike didn't compare to his AMA bike, but I either didn't pay full attention or they failed to mention the differences.

Also, am I the only one who dislikes the AMA's number system? I feel like each class should have all the numbers available to them, instead of say Dungey's number 5 being taken and only in use in the 450 class, and Jeremy Martin's number 6 only available in the 250 class. The stupid system to determine who can have a career number should also be changed. Make career numbers only available to former champions (or top 3 in points, not top 10) of their current class. So for example, Cooper Webb moving up loses his career number and has to earn a 450 career number. Then make it if you don't score more than 100 total points in the 450 class, or 75 in the 250 class (mx and sx combined) in a year you lose the number. That way you wouldn't have something like Mike Brown holding onto the number 3 for years after essentially retiring from MX because he raced 3 races and earned 25 points to keep the number. I get that the AMA wanted to be like NASCAR and make a number and rider synonymous for the fans. I feel like the AMA hands our career numbers like Oprah giving prizes to her in-studio audience. "EVERYONE GETS A CAREER NUMBER!"

As far as the numbers go, I think your idea is terrible. These guys like to hold onto a number and use it to market their name. Why force a guy to lose a number? I would rather see everybody in the top 50 get a permanent number with the top 20 reserved for class champions. Having a permanent number makes it easier for fans to identify riders and makes it easier for teams and riders to market themselves. In this one instance, I’m on the same page as Oprah … you get a number, and you get a number!

If you were in Daytona for bike week, and went to The Cabbage Patch to watch the girls wrestle in the cream corn, and you knew you were gonna get in a fight, which one of the current riders would you want on your side to help you fight your way out of there?

Dammit, why couldn’t Mike LaRocco race a few more years so I could use him in this scenario?  Assuming he was willing to go in with me, I’d take Cooper Webb. Listen, to call the crowd inside that place seedy would be an insult to crack dealers and murderers everywhere. These people will roofie/stab/kill you just because it’s a Wednesday night. If I’m going to be swinging my way out of there I need a guy who is grittier than sand paper and doesn’t ever give up. That’s important to me because I’m not a good fighter so he will need to drag my unconscious body out of the building. I know as a firefighter that 170 pounds of dead weight isn’t easy to move and I think Coop could get it done. Knowing myself like I do, I would also say that there is a good chance I end up in the cream corn having a go with the ladies after a Heineken or seven, which will leave my body slick with creamy, corny deliciousness. That means my hero has to have a solid grip or be able to grab me by my underwear strap and take off. Webb has that never-say-die attitude that makes me believe he would get me outta there so I could regain consciousness and begin the daunting task of cleaning cream corn out of my body orifices. You’re my boy, Coop!