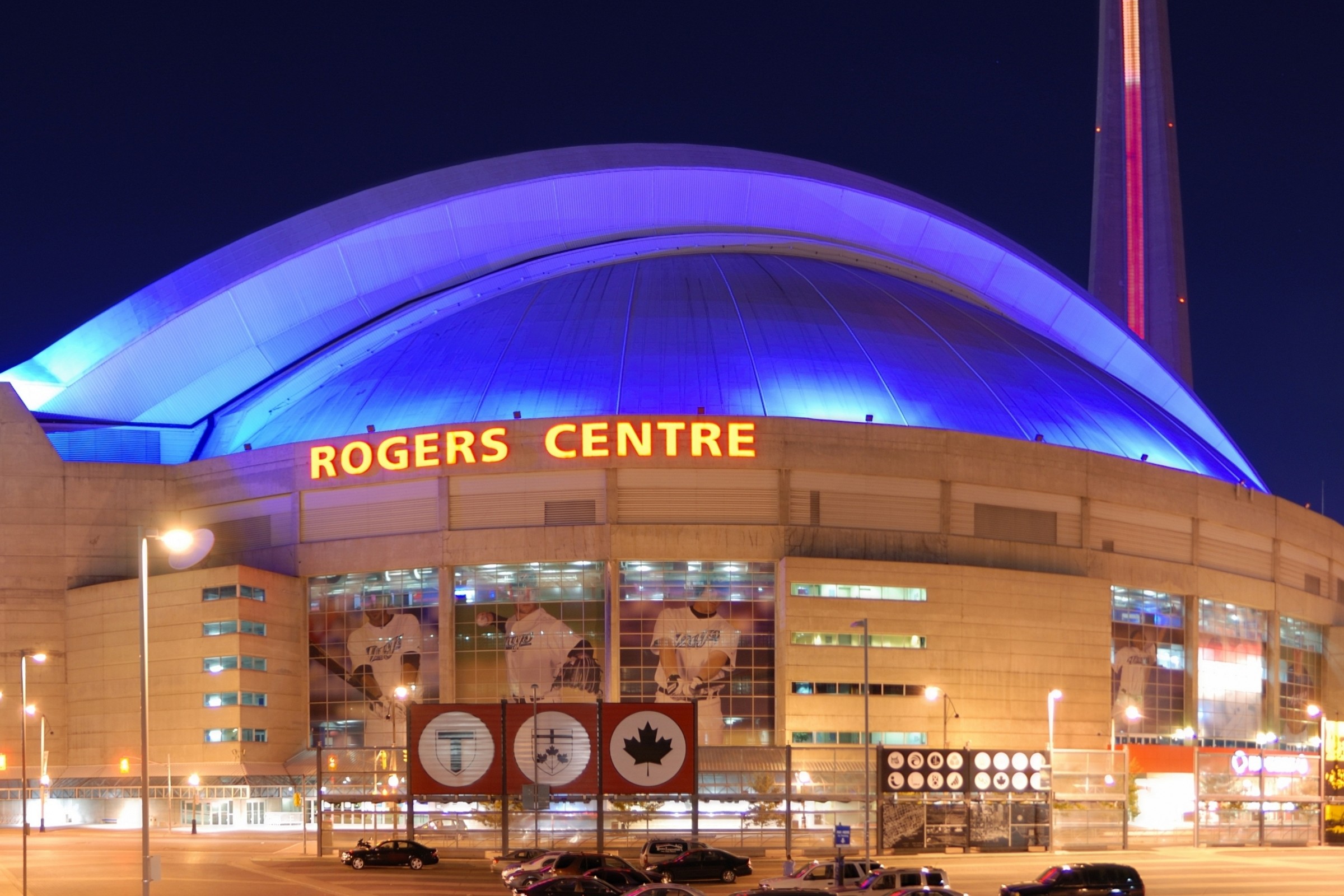 Canada, eh? Toronto is one of my favorite cities. I feel like I say that on several occasions throughout this series, but it’s true. Toronto is a huge melting pot of culture and having traveled my fair share, I enjoy the atmosphere. Everyone stays downtown for the most part and can either walk or take a short taxi ride to wherever their destination may be. The Canadian moto community always has get-togethers to enjoy their one shot at supercross. Having raced in Canada quite a bit, I get to catch up with old friends.

As for the dome and track, it’s right down in the heart of Toronto. Parking is a bit dismal, leaving the pits to a jigsaw puzzle of semi-trucks. There is an autograph signing inside the dome during the afternoon, but everyone knows that’s not the same as the big pit parties we see at events like Atlanta. The dirt in Toronto has varied widely over the years. It has been on both ends of the spectrum. One of the muddiest indoor events I have ever seen or raced was held here in 2008. The track was melting throughout the weekend and getting wetter and softer by the hour. The main event was a total rut fest and riders were crashing all over the place. Flash forward to 2010 and it was rock hard and as slippery as the slope that Steve Matthes’ opinions usually reside on. It’s unusual for dome events to vary that much, but Feld Motorsports has purchased new dirt and stored it in a dryer place during the winter, and that can change everything, especially in a cold weather city. In recent years, Toronto has been a bit softer than the average track, but not anywhere near the mess of 2008. The interesting thing will be to see how the longer races affect the dirt in Toronto. It has played a factor in every event thus far so I would expect that to be amplified on any of the softer tracks.

The track itself could be the biggest of the year if dirt allowed for it. The floor in the Rogers Centre is massive. In fact, when I raced arenacross here in early 2003, the entire pit area was on the floor along with the track. There is enough room to make a track with 1:30-plus lap times but of course that won’t happen. Point being, this place is huge. The start is long and will be interesting. That long run will get speeds up, but the sharp 90-degree left turn will have riders sliding into the outside Tuff Blocks. That is followed by a quick 180 back the other direction, changing the strategy from the typical start. Normally, riders can brake early and hug the inside and come out near the front, even with a bad jump off the line. The riders on the outside are put under immense pressure to get there first in order to have any chance at all. With this adaptation, that slow inside move is compromised because the riders will be forced to the outside in the next 180. Those outside riders will then be handed the coveted inside line in the aforementioned 180. It will be interesting to see that scenario play out as everyone vies for the lead spots exiting that 180. The Bible says that “This track giveth and taketh away.” Ok, it didn’t say that, but if Jesus lined up for Toronto he would be using that little nugget of truth on the podium.

The next few sections are very basic. There are small rollers leading into a five-jump rhythm which I believe will be a two-three combo. That triple will land into a tight 180 back into some smaller whoops which should break down and be very easy in the night’s racing. After that, things get real. There is a stadium-length rhythm section that will be the focal point of track walk. Finding the optimal way through this section is always fun to watch in timed qualifying. Riders like Justin Brayton, Malcolm Stewart, and Eli Tomac seem to find a way to go bigger than most. One thing’s for sure, there will be some serious tripling and seat bouncing going on in that lane. The next tight 180 leads into a standard supercross triple and immediately into another tight 180. There is a second set of whoops here but I expect them to break down and become easier and easier as the night progresses. The next 180 runs directly into the wall/sand section like we saw in Atlanta. I am interested to see if Feld and Dirt Wurx respond to the harsh criticism from the riders when it comes to this section. If it’s built differently, you can be sure it was because of the rider “input.” Crossing over the start, there is another double to dragon’s back section, just like we saw in Oakland and Minneapolis. Look familiar? It should. The finish line jump is next, finishing a lap in Toronto.

Overall, the track looks to carry the theme of very tight 2017 tracks. There are several short straightaways, bouncing back and forth between 180s. With the tight layout, expect passing to be at a premium once again. The 180s are always a plus but if there isn’t enough length in the section leading into the turnto make up a gap and pull alongside, it’s all for not. The keys for success will be the start (shocker), nailing that rhythm section, and dealing with the track deterioration over 20 minutes.

Which way will the momentum pendulum swing leaving Toronto? Dungey’s ATL win was a huge coup.

Does Zach Osborne take off with this series?

How much poutine does Steve Matthes sneak back into the U.S. on Sunday?

Joey Savatgy has had one great weekend and one not so great weekend. Toronto is pivotal for righting the ship. Which way does this series go?

Ryan Dungey bounced back in a big way last weekend. Everyone was talking about his lack of wins and perceived speed deficit to Eli and Marvin Musquin. Regardless of the chatter, he took 25 points out of Atlanta and reaffirmed his position.

Eli Tomac may have lost three points back to Dungey, but there is zero doubt who the fastest rider in the series is. He has some inconsistency in his starts which may end up being the difference one way or another as we enter the second half of the series.

Blake Baggett nabbed a podium and rode great all day in Atlanta. That was a long time coming for rider and team.

Zach Osborne won his first ever 250 main event in convincing fashion. He is the fastest rider on the East but it’s not always about speed. If he wins again in Toronto, these guys might be in trouble.

Christian Craig can’t buy a break. He had a big crash in the heat race, keeping him out of the main event. He has to be disappointed but hopefully he bounces back soon. His riding is not the issue so the rest should work itself out.

Justin Barcia has had a tough comeback to supercross. His frustration is being taken out on other riders, which in turn is frustrating those other riders. The AutoTrader.com/Monster Energy/JGR Suzuki squad could use some luck about now.

Eli Tomac gets a better start and wins a rough, bumpy Toronto race.

Zach Osborne uses his momentum to run away with Toronto.

Forrest Butler, overwhelmed by relief of his team’s first podium, stays home in lieu of Toronto. (Just kidding, he was always planning to miss this one.)

Adam Cianciarulo gets his first podium of the season, then recites Socrates from the podium.