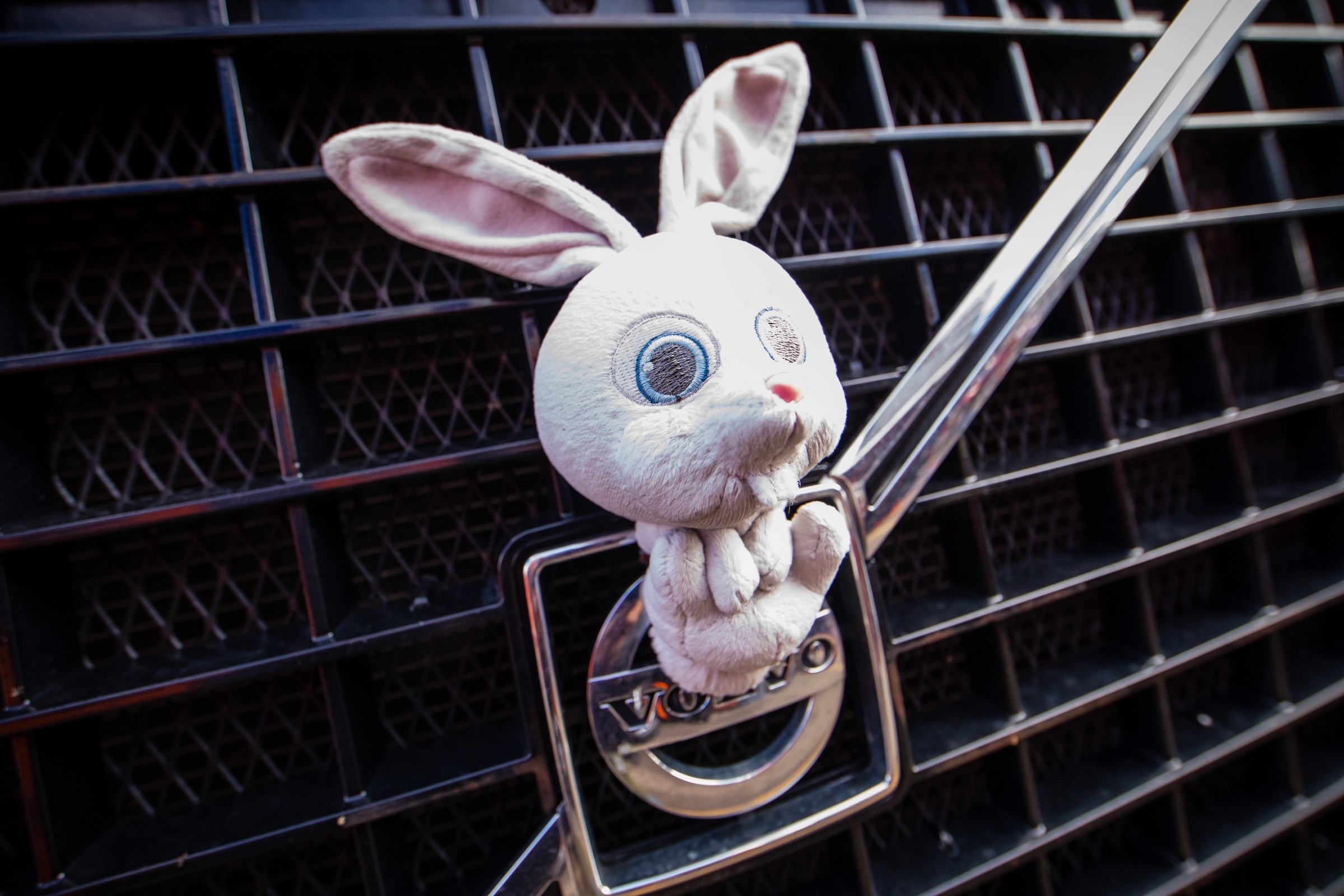 Did you know that KTM and Honda have a bit of a beef in MotoGP, which dates back a number of years? Me either. But last week David Emmett of Moto Matters posted a great article on it. At the KTM team launch, KTM CEO Stefan Pierer was speaking with Austrian broadcaster Servus TV, when he took a couple shots at Honda. "Honda tries everything," Pierer told Servus TV. “On the one hand with money, they shower the promoter with cash, and if that doesn't help, they pull all sorts of tricks. Now there's a balance in the Grand Prix Commission. That's important." As Emmett points out, this feud goes back a bit. It’s very interesting, and worth checking out.

Why the venom for Honda? The two manufacturers have a long history of conflict, in many of the series they have raced in. But the feud started in earnest with the birth of Moto2. After great success in 125s, KTM had entered the 250cc class with a two-stroke twin and met with immediate success. Hiroshi Aoyama and Mika Kallio had both won races on the innovative parallel twin, and KTM had been extremely innovative with the machine, also debuting fuel injection on the bike.

So when the FIM and Dorna came up with a plan to replace the 250cc class with 600cc four strokes, and the class that would eventually become Moto2, KTM were furious. The Austrian factory, like many others in the paddock, sensed the hand of Honda behind the decision, as Honda had a long and illustrious history of hating two strokes, and trying to kill them off.

In the late 1970s, Honda had tried but failed to compete with two strokes using the remarkable oval-pistoned NR500, but that bike was never fast enough or reliable enough to beat the two strokes. Honda had been forced to admit defeat and built the NS500, which would go on to become the world-beating NSR500. But their historic aversion to two-stroke engines remained, and so the move to reboot the intermediate class as a four-stroke class immediately raised suspicions of a Honda plot.

Formula One is reportedly exploring an OTT—Over-The-Top Content—model in the future, according to Motorsport. OTT is the direct delivery of a broadcast over the internet. MotoGP currently has the model in place with their VideoPass service, which costs £179 per season. Of course, this could take years, as F1 already has TV contracts in place worth a ton of money and are exclusive. Still, it’s interesting where they may head in the future.

For sports' commercial rights holders, being able to offer a direct to consumer subscription service is a way to open up connection to a wider audience and increase revenue – as well as being able to offer fans more of the type of content they want.

No longer hemmed in by broadcast schedules, an F1 OTT experience could offer fans a whole new level of coverage that is custom-made for them - perhaps focused around their favourite team or driver.

It is something that F1 has been pondering, while MotoGP has its own system up and running.

Social media companies like Facebook and Twitter have heavily gone after the rights to live stream sports. The major reason: sports is still something people watch live. Twitter got the deal with the NFL, and now Facebook is talking with Major League Baseball to live stream one game per week during the 2017 season, per Business Insider. Facebook already has a deal with Mexican soccer league Liga MX to stream 46 matches this year.

"Facebook is aggressively going after sports content and they are now one of a number of competitors to traditional media outlets that are going after sports programming," said sports media consultant Lee Berke. "It makes perfect sense that they would be going after name brand properties like the MLB."

The companies were in advanced talks, according to one source. It was unclear which games MLB would live stream on Facebook. A representative for Facebook declined to comment. MLB did not return a request for comment.

By partnering with Facebook, MLB would get access to a young audience at a massive scale, consultants said.

These Are Pretty Sweet

These portable homes are next level pic.twitter.com/BLyGRSXLzx

If you were a fan of wrestling in the 1970s and ‘80s, you were undeniably a fan of Andre Roussimoff, or as wrestling fans knew him, Andre the Giant. His size—7 feet, 5 inches; 525 pounds—which was a result of gigantism caused by excess growth hormone, spurred the nickname: The Eighth Wonder of the World. There are plenty of cool stories about Andre—including that he holds the world record for the largest number of beers consumed in a single sitting—119 beers in six hours—which should make the upcoming documentary from HBO “Andre the Giant” amazing. Bill Simmons, formerly of ESPN and current CEO of The Ringer, will be the executive producer and Jason Hehir, who worked on Simmons’ ESPN 30 for 30 documentaries, will direct and produce the documentary. More for Rolling Stone:

"For more than 20 years, Andre the Giant's larger than life personality and unique charisma captured the imagination of fans around the world," WWE Chairman & CEO Vince McMahon said in a statement. "I will always value our friendship, and am proud to tell the story of the 'Eighth Wonder of the World'."

HBO or WWE did not announce a date for the project, titled Andre the Giant, but the film will focus on his "upbringing in France, his celebrated career in WWE and his forays in the entertainment world," including his movie career, famous Wrestlemania 3 match in 1987 against Hulk Hogan and death in 1993.

My Goodness, the KTM MotoGP Bike is Fire

As mentioned above, KTM held their team launch recently, part of which was to introduce their KTM RC16. Most of you are aware, but for those who are not, KTM will  make its debut in MotoGP this year with Bradley Smith and Pol Espargaro. And while this year is an expected learning year for KTM, at least the bike is badass. Check out some photos via Sebas Romero of KTM.

With its biggest star on the sidelines for the last half of last season recovering from a concussion, NASCAR has decided to beef up its concussion protocol for the 2017 season. The aforementioned star—Dale Earnhardt Jr.—prasied the changes on Twitter, saying: “This is a positive step toward protecting our drivers. Good to see progress being made and implemented. Health and safety is top priority.” How will it all work? Fox Sports has the details:

As part of the new rule regarding damaged vehicles, a driver whose car sustains damage from an accident or contact of any kind and goes behind the pit wall or to the garage is required to visit the Infield Care Center to be evaluated.

AMR will provide on-site neurological consultative support at select NASCAR events during the 2017 season and will work directly with NASCAR in the continued development of concussion protocol.

This story is a bit old by now, but I feel its still worth sharing. Alta [the electric bike maker] is considering adding a Redshift ST concept to its lineup that currently includes the Redshift in MX and SM (supermoto). According to Autoblog, a final decision has not been made. Autoblog says if the bike is released expect it to cost in the neighborhood of $15,495 and that it won’t come out before 2018.

To create the ST concept, Alta brought its significant experience with rapid prototyping to bear, creating a new subframe and seat that carries all the hallmarks of the machines that spend their track time hauling ass sideways in circles, while visually lightening the entire design and giving it a soft, undulating flow from front to back. Fitted with 19-inch BSR carbon fiber flat track wheels and wrapped in rubber designed for purpose, it features WP suspension lowered to bring the seat down to 31.5 inches, a sweet spot, incidentally, that makes the bike accessible to the multitudes. Unseen and unnoticed until its throttle is twisted, power maps have been specifically designed for the revised architecture.

ESPNW has a cool story on motocross champion and ex-Nitro Circus member Jolene Van Vugt on her new career as a Hollywood stuntwoman. She’s already worked on The Dark Knight Rises and NBC's Blindspot. Van Vugt also details the accident that nearly killed her at a Nitro Circus event. Here’s a snippet, but you should read the entire thing here.

Van Vugt, who had never auditioned for a Hollywood gig before, was given just three days to master the Batpod; otherwise the job would go to Batman's double, French stuntman Jean-Pierre Goy. By the end of the first day, Van Vugt was racing Goy around the track and doing figure eights. "Jolene is a supremely talented biker," Nolan says. "She picked it up like a natural."

For four months that fall, Van Vugt put on the Lycra catsuit, elbow pads, a helmet and brunette wig, and applied layers of foam sealant and talc to protect her skin from the leather gloves and boots. That's right, Nitro Girl is allergic to leather. "I didn't want anybody to know or to think I was high-maintenance," Van Vugt says. "But my hands started breaking out in massive red, itchy patches, and the makeup lady noticed."

On days she didn't pilot the Batpod, the crew tutored her: how to drive a police car, handle weapons, get blown up. As Nitro Girl, Van Vugt felt like an adrenalized version of herself, a role she rarely had the luxury to turn off. But on set, by becoming someone else, she felt free to be Jolene. "It was a moment in life where you think, 'This is where I'm meant to be,'" she says. "I thought, 'I want to do this the rest of my life.'"

Super Hooligan Racing, a form of flat track racing which has gained a lot of noitrity lately thanks in part to the involvement from motorcycle designer Roland Sands, is now officially a racing series. The series will feature 10 races spread between February and October on bikes that “must be stock production street bike frames with 750cc or larger twin motors.” Cycle World has a lot of details on the new series.

What's now known as "Super Hooligan" came out of the Harley nights at Costa Mesa Speedway in Southern California. Between those and the Hell On Wheels guys hosting all sorta of inappropriate racing exhibitions, Southern California motorcycle culture developed around this idea of racing big, heavy twins. See See Motorcycles and Sideburn's Dirt Quake's added steam by showing how "run what you brung" races, with heats filled with everyday riders, could be so much fun.

They held a Hooligan race at Sturgis in 2015, where See See Motorcycles' Thor Drake raced a Harley-Davidson XG750 he'd been given to customize for The One Show. Thor managed to beat the west coast guys, but then lost to Jordan Baber, a pro flat track racer on a FTWCO Harley.

The first Super Hooligan event was actually just a marketing stint Roland Sands put on in conjunction with Indian. They gave him a fleet of Scout 60's to customize and turn into "race bikes," and hosted an unveiling in an old warehouse near Long Beach where the guys "raced" in a sketchy paved oval as more of a demonstration.

This Will Eventually Turn Into A Racing Series, Right?