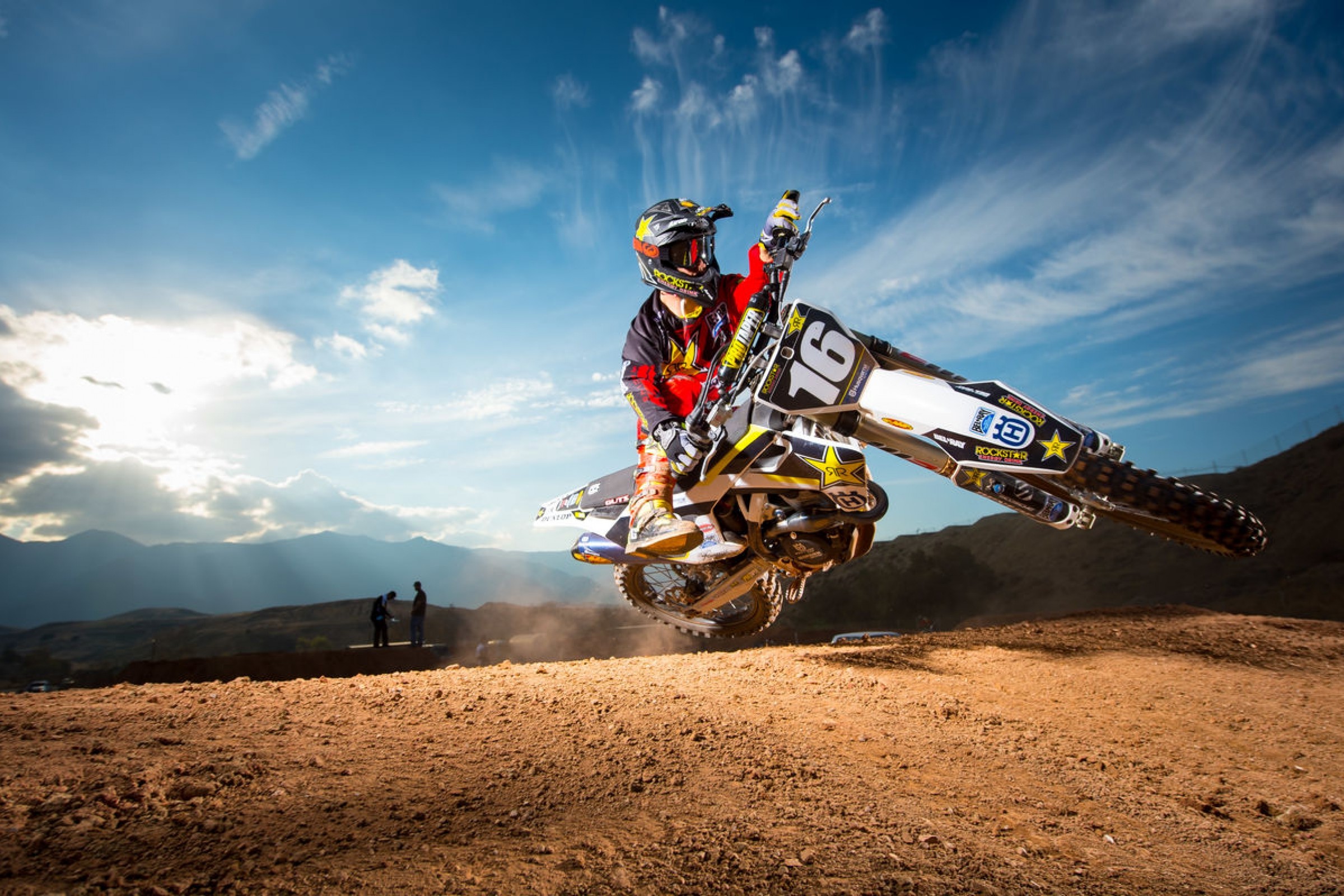 Welcome to Racerhead and the second opening night of 2017. Tomorrow night the Minneapolis Supercross will mark the seventh round of the series, where Minnesota's own Ryan Dungey is in the driver's seat as points leader, despite having only won one main event so far. But Minneapolis marks the beginning of the 250SX East Region, which means this will be the opening night of 2017 for title hopefuls like Monster Energy/Pro Circuit Kawasaki's Joey Savatgy and Adam Cianciarulo (who will be racing indoors for the first time since 2014), Rockstar Energy Husqvarna's Zach Osborne, TLD/Red Bull KTM's Alex Martin, GEICO Honda's Christian Craig and RJ Hampshire, Yamalube/Star Racing Yamaha’s French import Dylan Ferrandis, and a bunch of other fast 250cc talent that's been waiting patiently while the West Region ran the first six Saturday nights. Here's a full preview of what to expect from the 250 East Region from Matthes and the Jasons and here’s a team guide as well.

Minneapolis will also mark the 2017 debut of Justin Barcia on the AutoTrader.com/Monster Energy/JGR Suzuki after missing the first third of the season with an injury. Bam Bam will add some depth to the 450 field, but from the grandstands it's starting to feel like Dungey is priming himself for his usual mid-season run, and what better place to take it up a notch than in front of his hometown fans? It might help slow an inspired Marvin Musquin, who earned his first AMA Supercross 450 main event win in Texas last weekend, not to mention Eli Tomac, who had a rough night in Texas after two-straight wins. Dungey is all about managing a championship, not winning every race, and it's proven to be a successful process for him time and again. If he wins this weekend and gets some momentum up, he's going to be almost impossible to catch.

On a personal note, I was hoping to go to Minneapolis, just like I was hoping to be in Texas last weekend, and Oakland the weekend before that, but I have become one of the millions of people who have be blasted by the flu that's been going around. It's been almost a month for me now, and my most recent doctor's visit revealed bilateral pneumonia which had settled into both of my lungs. I rarely get sick, but this winter has been downright dreadful. So forgive me for cutting the Racerhead intro short, but I'm getting back in bed and calling it a rough week.

The Minneapolis Supercross is back! After a three-year wait while the new U.S. Bank Stadium got built, Monster Energy Supercross rolls back into town, and I'm stoked. Being from Winnipeg, about eight hours north of the Twin Cities, I've spent a lot of time in Minnesota over the years racing dirt bikes or watching Millville or the Minneapolis Supercross. And I've always loved the passion of the District 23 fans and how much they are into the sport. I don't know if I've ever heard a stadium as loud as the old Metrodome in the Jeremy McGrath era. It was insane. Part of it was due to the unique sound characteristics of the old dome, but most of it was due to the fact that the fans went bonkers for MC.

And now they have the defending champion and an all-timer Ryan Dungey to cheer for. Who would have ever thought that a Minnesotan would be one of the best riders to ever suit up? The late great Donny Schmit was amazing, but Dungey, he's right up there with anyone who's ever raced a dirt bike. We've got the excitement of the 250SX East Region kicking off, and a brand new stadium is always cool for everyone on the tour to visit. All in all, this should be a great weekend.

Honda HRC’s Cole Seely collected his second podium of the year in Arlington and was all smiles at the post-race press conference. Seely and the others on the podium, Jason Anderson and Marvin Musquin, made a few mentions that it was an all-kids podium up there, which was a bit strange for me because other than Ryan Dungey and Chad Reed, most of the up-and-comers are all "kids"—but perhaps that's just me showing my age.

With Ken Roczen's injury impacting the team to levels that most of us outside the team will never know, Seely's got an entire red army behind him working on the still-new 2017 Honda CRF450R, and it paid off with a strong second. Seely, a rider I predicted would have multiple wins this year and break out, hasn't quite done that yet, but he's been very good. Third in the points and 22 back of Dungey, Seely's hoping that some testing on the bike and some confidence after his second place finish helps him out.

"It was tough in California with all the rain, but we worked pretty hard with the bike this week," he told me after the race. "Trying to really dial in my setup. Not saying that we didn’t have a good setup, but I think Dan’s [Betley, Honda team manager] philosophy—he likes to test. But I’m stoked. Those guys threw some good, good stuff at me. I’m really thankful for Dan and Shorty [Andrew Short]—especially Shorty. He kind of helps me while I’m racing, helps dial in the bike for sure. Like I said, we just put in our work with the bike. I knew it was going to be really slick this weekend, just like Phoenix. Just stoked to come out with a podium."

It seems the hiring of Andrew Short to test for the team is working out just fine. Before Roczen went out with injury, he told me that Andrew was very helpful for him. It's funny how much you learn about a new bike as you get more and more time on it. Honda got the 2017 450 late due to production delays, and Short's been running it through the paces to try and make it better. And listening to Seely, it seems like everything is coming back nicely for the team. Let's see if it can continue in Minneapolis.

California privateer Colten Aeck sustained serious injuries last weekend at round six of Monster Energy Supercross in Arlington, Texas. Aeck broke two vertebrae, a few ribs, and his shoulder in a heat-race crash. The accident occurred in the first 450 heat when Aeck was forced to roll a triple and the rider directly behind him had already committed to jumping and landed directly on Aeck.

According to the Road 2 Recovery, Aeck underwent surgery on Tuesday to stabilize his spine having a rod placed in his back and fusing his T11 to L2. Aeck suffered complications post-surgery, and doctors performed multiple procedures on Wednesday. One included putting back in a modified chest tube, per R2R. After being in ICU in a local Dallas/Fort Worth hospital for five days, Colton is now being transferred to the Critical Care Unit, where his is expected to stay for the next week before he is released.

Here is more from R2R and how to help:

Colton has regained all of his feeling in his lower body however he has limited movement. With the slight spinal cord damage that was sustained Colton will start off in a wheelchair with a short-term goal of walking with assistance of a walker and one day walking unassisted again. This is going to be a long road ahead but with the support of his family, friends and fans, Colton is expected to make a full recovery.

Once Colton is admitted into a California based extensive SCI therapy center, he will begin to work on all of the skills that are needed to get back to a full recovery. Currently it is unknown how long he will be expected to stay or how much insurance will cover. On average, the patient’s cost for a facility like this is about $1700 a day. This will be an expensive recovery process for the Aeck family not just the rehabilitation process but Colton’s father is expecting to have to take off work to help with his care and the expenses that were incurred during their stay in Dallas. You can help with Colton’s recovery process by donating to his R2R Cause here or here. All donations are tax deductible. If you are unable to donate please keep the Aeck family in your thoughts and prayers.

The Aeck family would like to thank everyone for all the love and support and most of all your prayers. You can keep updated on Colton’s progress and leave positive messages on his R2R Fund page. Show your support by using this hashtag when posting on social media #ColtonAeckR2R.

Marvin Musquin has counted as a big name before. He is the only French racer to collect two world championships in the small-bore class (125/MX2), when he won in 2009 and 2010. He also has the most Grand Prix wins among French riders in MX2 with 14.

Musquin is the fourth Frenchman to win in AMA Supercross, besides Vuillemin, Sebastien Tortelli, and of course Jean-Michel Bayle.

Justin Hill keeps going. The Monster Energy/Pro Circuit Kawasaki rider has been on a month-long hot streak in the 250SX West Region. In Arlington, Texas, the younger Hill brother became the 18th racer to secure four consecutive wins in a 125/250 supercross season. Prior to Hill, all 17 of those riders with four successive wins became champions.

Dean Wilson on his move to Rockstar Energy Husqvarna, a career-high fifth in Arlington, and more.

Heading to the Minneapolis SX this weekend? Stop by the Racer X booth—located in the concourse—to pick up a free copy of Racer X. You can also sign up or renew for as low as $10 to get a one-year subscription, a free $25 Rocky Mountain ATV/MC gift card, and an extra issue!

Not going to Minneapolis? No worries—you can still subscribe to Racer X Illustrated for as low as $9.98 right now and get a free $25 Rocky Mountain ATV/MC gift card, plus immediate access to the current digital issue.