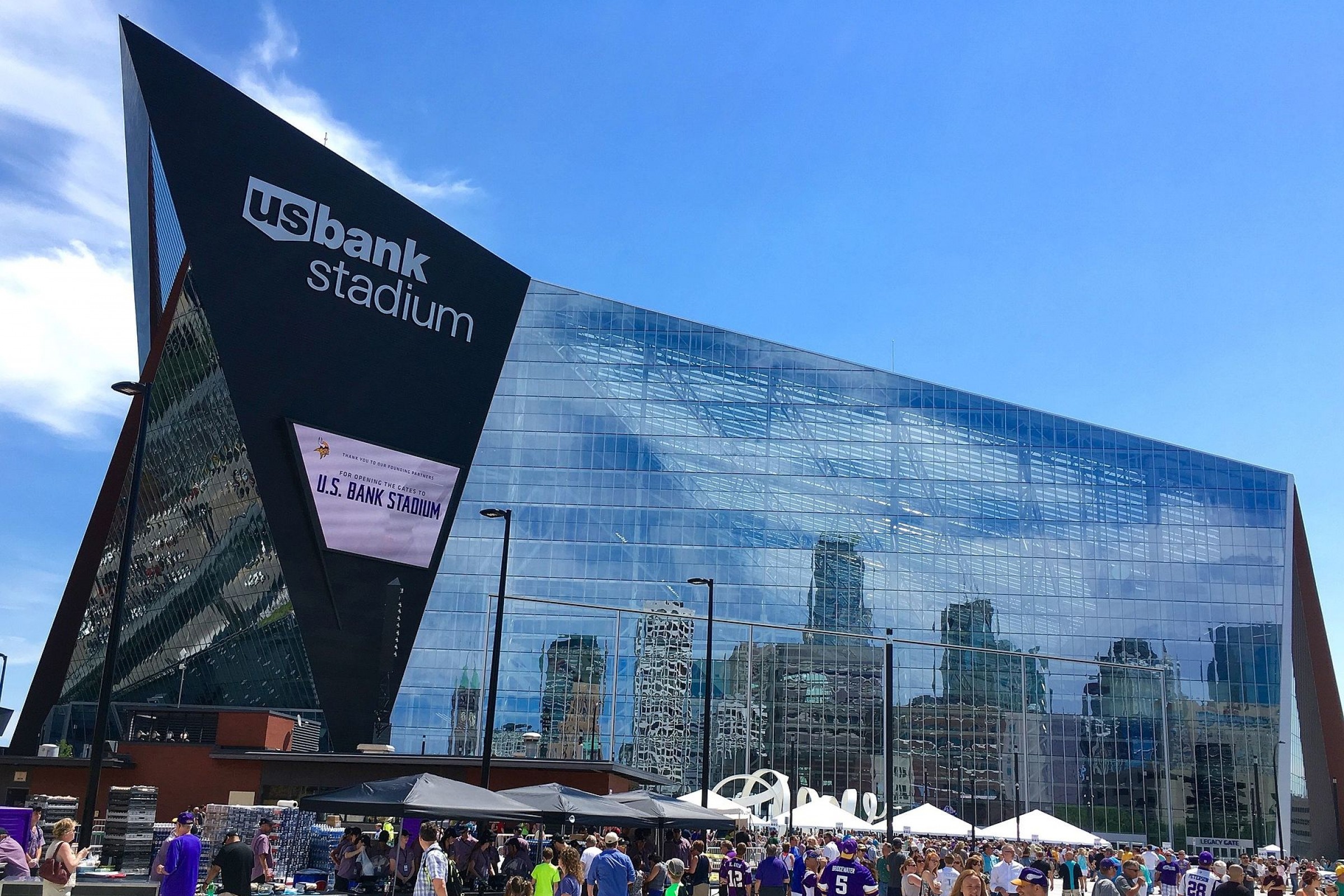 Long time, no see Minneapolis! Once one of the staples of the series, the Metrodome in Minneapolis was host to Monster Energy Supercross for as long as I could remember. The Minnesota venue was a favorite for Jeremy McGrath as he dominated there for years. It was also host to one of the coldest supercross races on record as temperatures dipped way below zero, nearly canceling the event completely. The event came and went in the 2000s, left off the schedule from 2004-2007. In 2008 it returned with a vengeance, marking Josh Hill’s first ever 450 supercross win. The series would once again leave the building until returning again in 2013, and what a race that was! Ryan Dungey outdueled Ryan Villopoto in a thrilling 20-lap battle. It was the last race for the Metrodome and a fitting hometown win for Dungey. Now, we are back. U.S. Bank Stadium is brand new and will be a great new home for supercross in Minnesota. The fans have missed supercross and since Minneapolis was always one of the best attended events, this weekend will see a full house.

The track for Minneapolis is pretty straight forward. The start is long (see also: good), but I don’t love those flat 90-degree first turns. Last week didn’t turn out too terribly so I will give it a break, but I still prefer the long 180-degree turns from the opening rounds. The first two sections are typical supercross rhythms. Coming out of a 180-degree berm, the fastest line will be triple-triple but depending on how the jumps are built, that could change. Tripling into the next right hand turn will make turning very difficult so that could change how riders approach the section. The next best option would be 2-3-1, allowing riders to stay to the inside in the turn before the next triple. This particular section is very similar to how Arlington was laid out and the fast line ended up being to single the last jump and cut across the inside of the corner and shorten the distance to the next triple.

The next section is a bit reminiscent of Oakland with two uphill dragon back sections followed by three jumps. The fastest line will be to blitz through both and double from the second dragon back over the next single, then double in to the turn. It will be much easier than Oakland’s rutty mess.

That leads into a straightaway across the start with a steep step-up double into a sandy right hand turn. There are two switchbacks with sand in between that will be fairly uneventful unless a rider gets very aggressive. The next whoop section is a decent length but with the cold Minnesota winter, I look for the dirt in here to break down and riders to find a rhythm through them by the main event. That’s a big coup for last week’s winner, Marvin Musquin. The track winds backwards down the start straight before the finish line jump which looks short and steep. The landing of the jump leads directly into the next 90-degree left hand turn, setting up what looks to be an easy on-off section. The next 90-degree left leads to a double jump and then back where we started.

Overall, the track looks like it won’t be tough to figure out. The rhythm sections don’t offer too many options so the elite riders will have the track mastered early. All of that leads to one thing: starts will be critical.

Can Marvin back up his win and make a serious run at Dungey’s points lead?

Will Eli Tomac bounce back? He was on fire before his Arlington struggles.

Which Ryan Dungey will we see in Minneapolis for his hometown race? He won the last time we were in downtown Minny.

Who will fire the first salvo in the 250 East?

Marvin Musquin was brilliant in Texas. His win was never in question and surely he gained a lot of confidence with that first win.

Cole Seely got back onto the podium with a strong second place finish. He is HRC’s hope with Kenny’s injury, so that was a big ride for the red guys.

Dean Wilson scored a career best fifth place after a race-long battle with Ryan Dungey. He has to be feeling good about himself after starting the year in a van.

Broc Tickle scored a season best sixth in Arlington. He should improve as we move east.

The Yamaha boys suffered mechanical troubles in the main event. Chad Reed wasn’t able to finish and Cooper Webb had to change wheels before returning a lap down.

Eli had a bike issue as well. Whether it was before or after the crash is still being debated but in any case, it hurt his points standing.

Blake Baggett had a horrific main event after a few tough crashes. His speed and riding are great but the results have yet to match his potential.

After so many mechanical issues in Arlington for several teams, KTM takes no chances with their riders winning the championship. Marvin and Ryan break out the heavy duty option for Minneapolis.

Ryan Dungey steps his game up in front of his hometown crowd, winning his second race of the season.

Dylan Ferrandis sets a record for being the subject of the question, “Who’s that guy?”