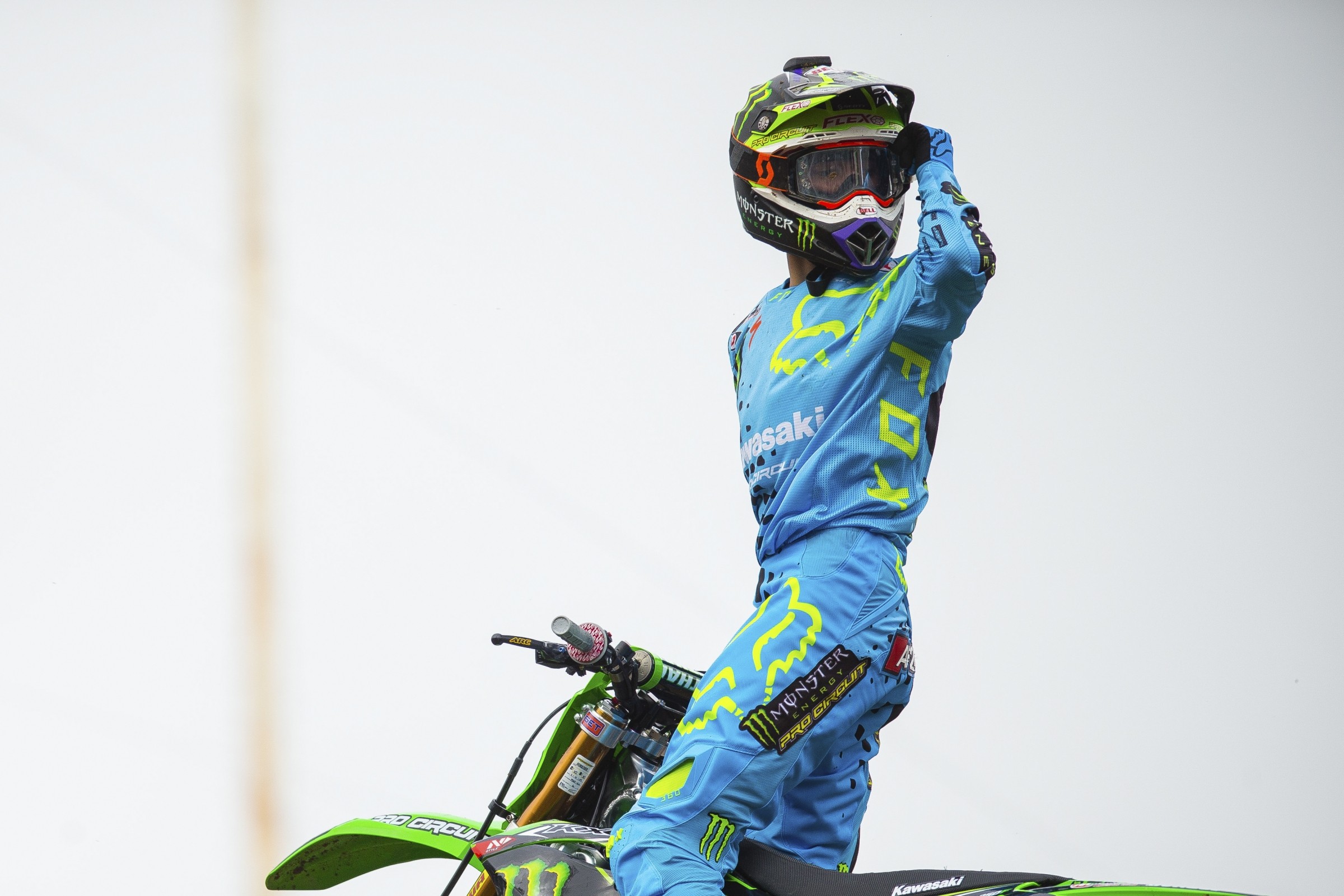 The Super Bowl is a ratings monster. In 2015, an average audience of 114.4 million viewers—the highest-rated television event of all-time—watched the New England Patriots play the Seattle Seahawks. Last weekend’s game between the Patriots and the Atlanta Falcons drew 111.3 million viewers. With such a large audience, networks are able to charge an exorbitant amount of money per ad. The price of a 30-second ad during the game, according to Newsweek, goes for $5 million dollars. Is it worth it? Newsweek looked at how much 44 different brands spent on their Super Bowl ads and worked out how much product each of them would need to break even on their investment. Here is a snippet, you can read the entire piece here.

King of The Motos Looks Insane

Husqvarna sales numbers for 2016 are up, according to a press release sent out by the manufacturer. Per the report, Husqvarna is up 43 percent on 2015 sales numbers, selling 30,700 motorcycles. That’s a huge improvement, when you look at numbers pointed out by Asphalt and Rubber:

As we mentioned just a few weeks ago, Formula One is undergoing huge changes. Liberty Media, which has completed its $8 billion takeover, have replaced Bernie Ecclestone as CEO after he spent almost four decades at the helm. They named Chase Carey as new CEO, and have proposed a number of changes already. ESPN recently sat down with F1's new managing director of motorsport, Ross Brawn to find out what’s next.

Attached to that is young drivers having to bring money to get into F1. Would you like to see a way of having a meritorious system whereby if you're really good you get in?
Absolutely, yes. It's a legacy of the fact that the smaller teams need drivers with funding to balance their books. The ideal situation is the smaller teams are the nursery grounds for young drivers to come through, and maybe even a compulsory nursery ground where you have a draft pick system, so that the guys coming through then have to drive for a small team for the first season of their career before they then have a move up to the top teams.

If you could imagine a scenario where we have Formula Three, Formula Two and Formula One, to have those championships as the path you have to go through to get into Formula One and you have to be in the top number of each championship to get your pass to go into Formula One, you would again start this process of having the best drivers in Formula One. You may have to look at some other formulae that qualify for F1, but those races could be taken around with Formula One so the fans get to know these young drivers. On a Sunday morning there would be a Formula Three and Formula Two race and the fans see those young drivers and start to engage and they see them coming up so that then, great, they get their chance in Formula One. That would be a wonderful way of broadening the entertainment, engaging with the young guys coming through and making sure that we only had drivers on merit in Formula One.

Check out Part I and Part II of the interview.

BuzzFeed, the media giant, recently sent two women to learn how to ride motocross in a day. How’d it go….

Ever wonder why publishers—BuzzFeed, New York Times, ESPN, etc.—provide content to Snapchat’s Discovery page? Well, its mainly because they have revenue-sharing agreements with the company. Recode reports that in 2016, Snapchat paid out $58 million in revenue-sharing payments to publisher partners. The report says that Snapchat made $404 million last year, so those payouts represented almost 15 percent. Here’s more:

Both parties are typically able to sell ads to display within the channels, but Snap sells most of them itself: Last year, 91 percent of the company’s recorded ad revenue was “Snap-sold,” versus about 9 percent partner-sold, according to its IPO filing.

Such arrangements are typical for companies that run ad platforms for publishers. Google, for example, pays out about 20 percent of its total advertising revenue as so-called traffic acquisition cost.

The Manor Formula One team is closing its doors after failing to secure a much-needed financial investment, report Motorsport.com. Here is more from the report:

With time short ahead of the first pre-season test at the end of February, administrators FRP Advisory knew that they were in a race against time to find a buyer.

However, despite interest from potential purchasers – believed to include an Asian consortium – discussions never got far enough for FRP to feel comfortable that the finances were there to save the outfit.

If you’ve watched ESPN over the last, I don’t know, three-plus decades, you undoubtedly know the name Chris Berman. Berman joined ESPN in 1979, and was, for years, a star SportsCenter anchor and later the face of NFL Primetime and probably even the whole network itself. He also called the Home Run Derby, the U.S. Open, and much, much more. Berman will not return as the host of Sunday NFL Countdown, Monday Night Countdown, and ESPN’s NFL draft coverage next year. He’s staying with the company, but in another role. Anyhow, ESPN recently had a bunch of staff members do their best impersonation of the broadcasting legend and it's wonderful.

Everyone has their own Chris Berman impression. But there's only one Boomer.

The legend will be honored tonight at 10:30 ET on ESPN. pic.twitter.com/S7uFzOMxt5