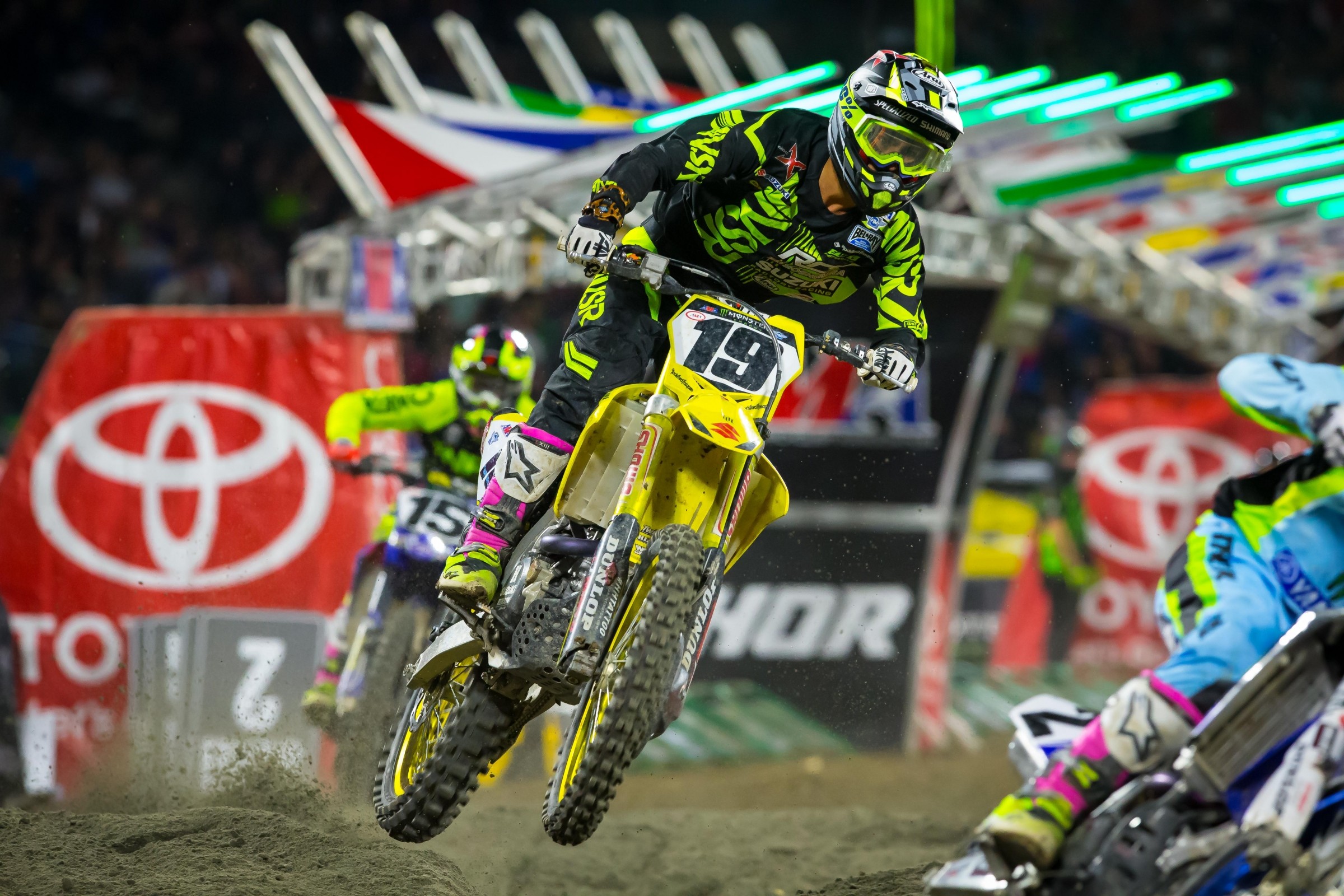 Comment: Barcia injured his wrist before the season, suffering a fracture of his lunate bone along with some ligament damage. He’s out for Phoenix.

Comment: Bogle had a big crash during the week before A2 and had another at A2 after nabbing the holeshot in his heat. He was having trouble breathing afterward, and after getting checked up he learned he’d bruised his lungs. By the way, we heard Bogle was wearing a chest protector under his jersey, but this hit was gnarly enough to hurt anyway. Could have been worse, though. Bogle will miss Phoenix but the team expects him back in Oakland.

Comment: Canard sustained a tear in his rotator cuff at the opener during practice. He hasn’t raced since and will miss this weekend.

Comment: Noren had his tonsils removed earlier in the week and is looking forward to being ready for the start of the 250SX East Region.

Comment: Roczen had a big crash last week at A2, suffering injuries to his wrist, elbow, and radius (forearm). He’ll undergo several surgeries and is out for the foreseeable future.

Comment: Alldredge sustained a broken collarbone in a practice crash recently but hopes to be back for Oakland.

Comment: Bisceglia hopes to be ready for the start of the 250SX East Region after breaking his foot before the season.

Comment: Mellross has had a rocky start so far. After his bike broke down during the main at the opener Mellross suffered another setback at A2 when he injured his hand in a first turn crash. He’ll miss this weekend.

Comment: Nichols hopes to be ready for the 250SX East Region after breaking his femur before the season.

Comment: Sexton suffered two minor breaks in his wrists in December. He expects to be ready for the 250SX East Region.

Comment: Taft suffered a concussion before A2 and will not return to racing before the series heads east.