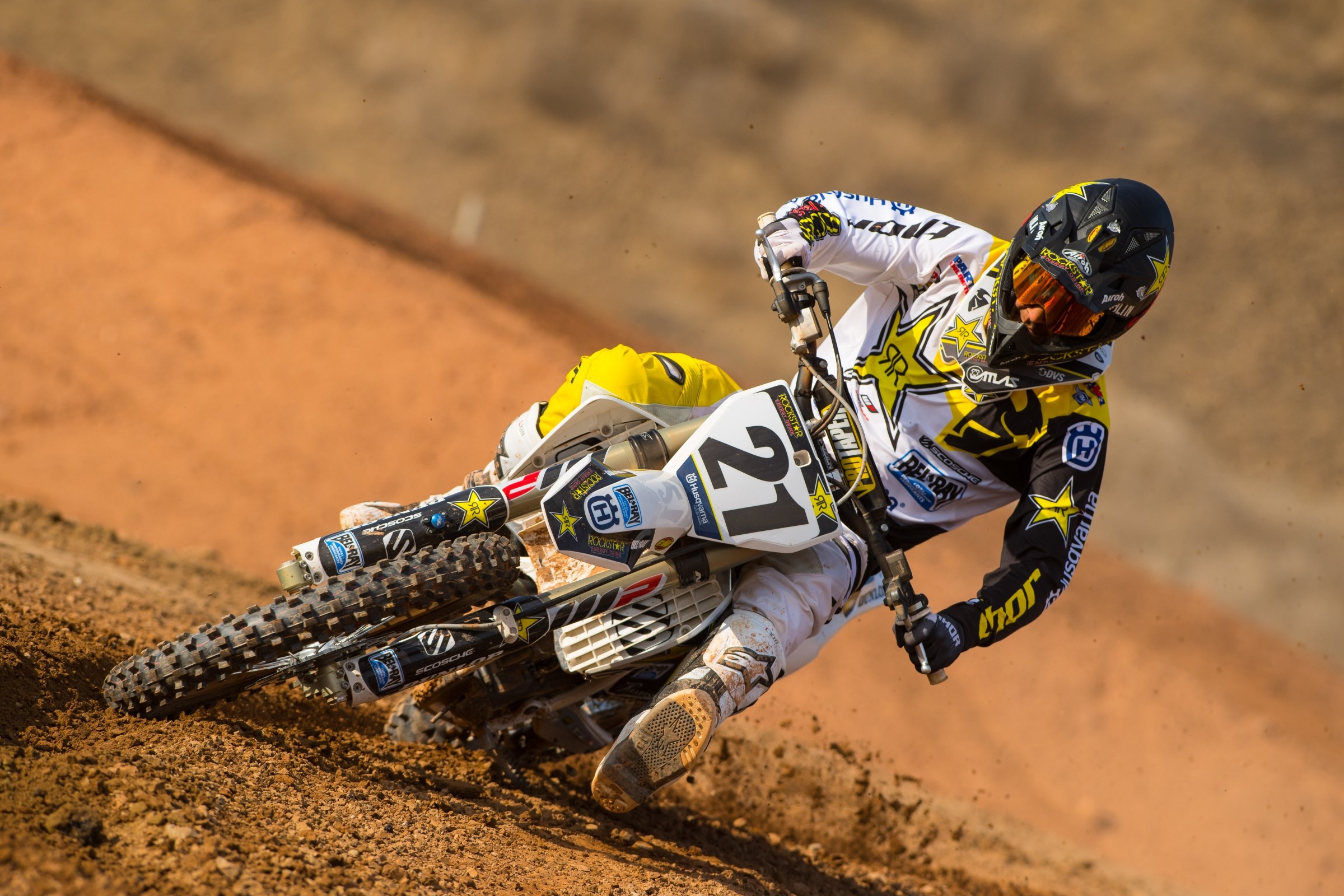 After months of waiting, Anaheim 1 is finally here! If you’re anything like me, January 7 can’t get here quickly enough. Every Saturday night for the past few months has paled in comparison to what we will enjoy starting this weekend. Supercross is simply something that I look forward to with the excitement and anticipation of a child running downstairs on Christmas morning.

This season is shaping up to be one for the ages, too. Ryan Dungey is the two-time defending champion but finds himself in his most precarious position yet. He will be up against a Ken Roczen that the world may not have witnessed before. Kenny is poised to take the SX world by storm and has had no problem letting everyone know about it. His outspoken nature has made everyone stop and take notice as of late. He has a reason to be confident, though, as he was simply dominant in the summer of 2016. He seemed to turn the corner in his 450 career, finding the next level. He still has to prove that he can translate that into 17 rounds of supercross and until proven otherwise, Ryan Dungey is still the champion. That is the big storyline as we enter Saturday: Ryan Dungey has the #1 plate but Ken Roczen considers himself to be “the man”. That clashing of titans has me more than fired up for 2017.

They aren’t the only ones hoping for excellence, however. Eli Tomac was the winner of the 2016 Monster Energy Cup and should be much improved after an underwhelming supercross campaign last year. Chad Reed can never be counted out and was a podium threat early last season. Speaking of early threats, Jason Anderson came out firing at Anaheim last year, winning the main event and serving notice that he was ready to swim in the deep end of the supercross pool.

And so it goes. There are riders like Cole Seely, rookie Cooper Webb, Red Bull Straight Rhythm winner Marvin Musquin, KTM’s newest member Trey Canard, and more. They are all thinking this is the year that they put it all together. History and logic tells us that most of these riders will end up disappointed but this week especially is full of hope and promise. Who will step up and who will suffer a sleepless night? I have absolutely no idea and that’s what makes this sport so great.

Anaheim is a slippery monster. The moisture that rolls in from the Pacific coastline turns the Anaheim dirt into a traction nightmare. The technical rider who can walk that fine line between aggression and wheel-spin generally succeeds at Angel Stadium.

The start for A1 is one of my favorite variations. It’s fairly long, allowing riders to find some space before the first turn. The turn is a gradual 180, which allows riders to drive it in deep from the outside and the inside gates can attempt to hug the tight line. This is the safest style of start setup in my opinion and I love seeing it to open the series.

The following rhythm is a standard supercross styling. Riders will try a few different options during practice, but expect to see everyone find the fastest method and stick to it. There’s a bowl berm before a supercross triple with a few small bumps before and after. The next straight away will be a very important whoops section. Anaheim has been known for having incredibly nasty whoops over the years. The set at Anaheim 2 last year had several riders opting out entirely. I walked down onto the track after the race and was shocked at how much they had deteriorated and also at the incredible talent of these riders to still navigate them so precisely. Crossing over the start, there is a sand section up next and that will be fairly one-lined unfortunately. The sand sections never seem to work out, especially when in a 90-degree turn. I am ok with the change of pace overall, but wish there was a way to make the sand more treacherous.

The next two sections are long rhythm straights. Anaheim is notorious for these and there is opportunity for some big combinations. James Stewart would always find some way to quad something and I expect some big attempts in practice Saturday. There isn’t typically a lot of passing but staying low in these sections can pay big dividends. Ken Roczen is great at this and has an edge over Ryan Dungey at times. Watch for Roczen to set riders up for a pass in the bowl berms, but the work was done on the straightaway.

There is a short whoop section before the finish line and I expect these to be super big and tough. A rider like Marvin Musquin could use a “jump in, jump out” strategy in a set like these. As they break down, Marvin will look for opportunities to utilize his skill set. One other point to watch is the bowl berm before and after. If a rider slingshots around the outside of the first berm, they will be perfectly set up for a block pass in the berm just before the finish. This could be a huge factor for a last-lap pass in every race. Could you imagine a take-out scenario in all of the qualifiers and main events? Good stuff.

Has Ryan Dungey found any more speed since October?

Will the extra time help Eli Tomac bridge the gap?

How will Trey Canard adapt to the KTM?

Blake Baggett has been a hot name around the test tracks. Can he bring it to A1?

Who is ready to take over the 250 class reins?

Can Reed shock the world yet again?

How does Cooper Webb fit into the pack?

Will Steve Matthes wear pants at any point in 2017?

Ken Roczen is coming in piping hot. He was crazy fast in October and hasn’t looked to do anything but improve since then. The only thing hotter than the red on his Honda is the momentum he is carrying.

Ryan Dungey is your defending champion and while he may not have a ton of momentum on his side, he still has the #1 plate. He has been there and done that so I expect a calm and solid performance on Saturday.

Austin Forkner has been waiting on this supercross debut since his last Amateur All-Stars win at the Monster Energy Cup in 2015.

Blake Baggett’s been setting the test tracks ablaze this off-season. He may be the sleeper for Saturday.

Aaron Plessinger has been tagged by several of those in the know as the man to beat. If he can get his starts dialed, look out.

Eli Tomac won the MEC and is surely in a better place than he was this time last year. I think he is a bit under the radar, which is good for the boys in green.

Justin Barcia suffered a wrist injury before the start of the season and will miss “rounds” of supercross. He had this exact same thing happen last year with a last minute thumb injury leading up to A1. Tough break for a team that has fought tough breaks as of late.

Matt Bisceglia suffered an ankle injury and will sit out until at least the beginning of the 250SX East Region.

With lows in the 50s and possible rain in the forecast, the fans will not be hot.

Ken Roczen wins and then asks if everyone smells what the Roc is cooking.

An amateur video from 250 C Practice wins an Oscar for scariest film of 2017.