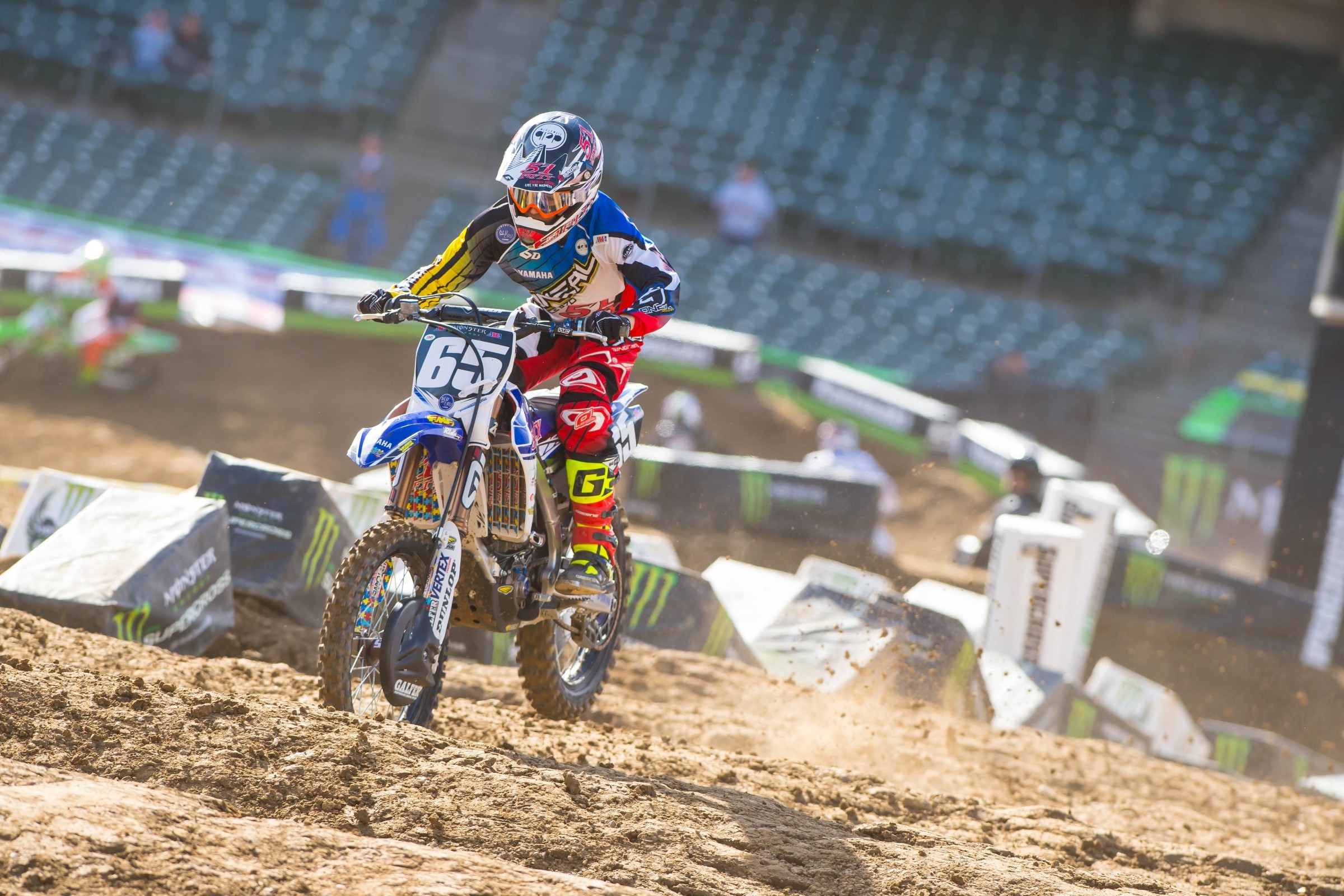 Zach Bell is 22 years old. Since 2010, he’s suffered over 20 broken bones and endured 15 surgeries. Since turning pro in 2012 he’s missed 58 rounds of 105 possible starts—that’s 55 percent. Four of his surgeries and 18 of those rounds missed were caused by a broken collarbone as a result of a crash in the Last Chance Qualifier at the 2016 Oakland Supercross. The injury may not have been the most painful, but it definitely ranks near the top in frustration.

“So after [the crash in] Oakland I flew straight to Georgia to have surgery done. About a week after I had surgery I was flying to California because I thought I would be getting back on the bike soon,” Zach said. “I made a stop in Texas to watch the race. I was in the airport and my shirt was soaking wet after I took a nap. I thought the ceiling was leaking or something, so I went to the bathroom to change my shirt. I took it off and my whole body was soaked in blood. [I] got back on the plane, flew straight to California and went into emergency surgery.

“About another week later it happened again. The incision opened up and you could see the plate and bones. I went back into surgery for the third one [surgery], they took the plate out and then they put in an IV or something so I could do the antibiotics for two months. About two weeks later after they took the plate out, my bone kind of broke itself. So then they didn’t want to touch me for at least four months to have surgery. I had my [fourth] surgery about three months ago now and it’s feeling good. I started riding a few weeks ago just to test the waters and get ready for outdoors.”

To put into perspective just how uncharacteristically long and complicated his recovery was, when Ryan Dungey broke his collarbone while practicing at the test track in 2012, he got it plated, was on the bike about two weeks after the crash, and only missed five rounds of supercross before he was back racing.

Like his collarbone injury, Zach’s professional career has been filled with complications. But, there’s no denying he’s worked his ass off to fight through these types of setbacks and get back on the track. If you can recall back to Dallas 2013, Zach had one of the most unbelievable crashes in the sport’s history in his heat race over one of the two triples. As his body lay motionless at the base of the landing I’m sure most thought that could potentially be the end of his season, or worse yet, his career. But, he (somewhat controversially) lined up for the LCQ and made his way into the main event, where he would take another heavy spill that would cause him to leave the race in the back of the Asterisk Medical Crew’s mule. Without hesitation, he was back on the track on week later in Atlanta and at the following rounds attempting to solidify his place in the pro ranks.

I asked Zach if he ever raced through an injury because of the pressure caused by the short and unfortunately not so concrete nature of motocross contracts, even though he knew it probably wasn’t safe. He said, “Yeah, I’ve been in that position so many times. You’re replaceable and that’s what they tell you when you sign the contract, if you’re hurt we replace you. You know you wanna keep your ride, you wanna do your best to stay on that team and to do what you can, but I don’t think it’s safe to put the riders out there when they’re hurt. You know, you sign a contract to do what they say, so we have to do what they say.”

So what lies ahead for the former AMA Horizon Award winner? He’s currently living in California full-time trying to secure one of those contracts that have brought him so much joy and stress. He told me, “As I got older I noticed that people don’t recognize you riding in Georgia and that I needed to be in California to be recognized.”

With just a few weeks back on the bike , supercross is out of the question for Bell. He said, “I want to healthy. Have a good mindset and be ready for outdoors. And pray for the best that something comes up.”

Yes, finding a ride won’t be easy. We’ve witnessed a turbulent off-season where even the 250SX East Region Champion has failed to secure a ride for 2017.

While waiting for something to come up, Bell’s been keeping himself busy by training with Johnny Louch at The W Training Facility and teaching riding schools here and there, which he says gets him going and helps his riding.

The ultimate question is, why? Why after so many setbacks, hospital visits and bills, would you continue to come back to the sport that has burned you so many times?

“I’ve never thought that this would never be it. I’ve always wanted this my whole life. I always say, I’ haven’t worked 18 years for nothing so I might as well make the best out of it. There’s been a lot of hard times, and there’s been a lot of ups. You know, I don’t think everyone gets to wake up and say I get to ride a motorcycle for a living. It’s a pretty sweet job. You have fun doing it, but you know whenever you get hurt it’s not fun. I don’t ever think I’ve wanted to do anything else.”