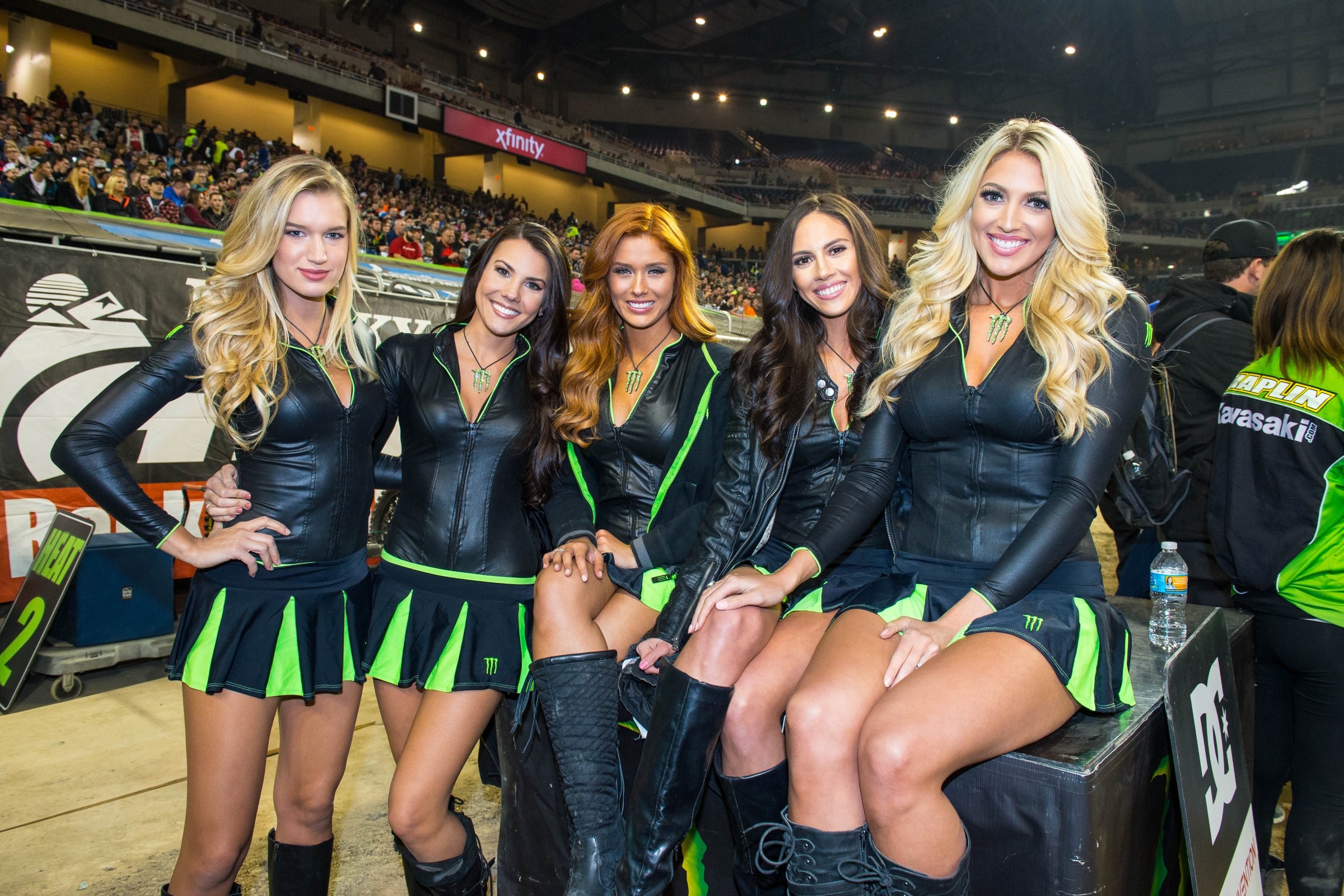 Like many of you, I only know Pulpmx producer Travis Marx through his time on the show. He and I have never met. When I heard he was going to attempt a backflip at Travis Pastrana’s house, I immediately thought: “Well, I guess Tits is coming back.” You see, Travis is also internet famous for another reason:

#Repost @imtravismarx with @repostapp ・・・ Twitter pal jasontublewicz made this happen, it was long overdue. Just trying to make @sethenslow11 proud

Turns out, Marx was actually quite a quick learner and pulled off the trick easily, which was documented by Swizcore and Pulpmx.

I wanted to learn more about it, so I emailed Marx some questions earlier this week.

Fill us in on your “bicycle experience?” It didn’t exactly look promising off the start.
It’s been a while since I rolled in or dropped into any kind of ramp on a bicycle. That first roll in was the first time in probably 12 years, and it clearly showed. It added to the drama though, which was fun. I think it got people even more excited to see how the actual flip would go. People like carnage.

On a scale of 1-10 (10 being most likely, 1 being least likely), how likely did you think it was that you were going to crash before going? Why?
I would say probably about a seven. Everyone has seen countless videos of people learning to flip, and how often do you see someone do it without some kind of crash? I just had it in my mind that it might happen, and I was okay with that, but even more than that I tried to keep my confidence up by telling myself I could get it done.

Are you surprised you picked up on it so quickly?
I don’t want to say I went into it thinking it would be easy, because as I said before, you’ve seen video after video of badder dudes than me struggling to get it done. But the mindset was key. I committed before I even got there and I think that was the biggest factor in my success. That and landing on your head in a foam pit will make you want to get it dialed REAL quick.

Did you feel like you were signing your life away when Travis gave you the papers?
When Travis Pastrana comes up to you as you are signing his waiver, puts his hand on your shoulder and says, “Basically this says even if we shoot you and you die, it’s still your fault because you showed up here,” it’s a little unnerving. For a second there I thought, Oh no, what did I actually get myself into? But my hand just kept writing as my brain was telling it not to. I think I was just more excited to play at Pastranaland than anything, so the list of things I was willing to do was long and disgusting, so I guess signing a waiver wasn’t too bad.

Tell us your favorite story from hanging out with Pastrana?
When TP first saw me when I got to his house, he immediately greeted me with a “Dune goon! What’s up!?” He is just as awesome in person as you would imagine from seeing any video of him. He’s welcoming and fun, yet honest and a little sarcastic, so the banter is awesome. He’s a good time all around. My favorite would probably be the one-on-one time he took to sit down with me on the steps of the foam pit, going over video, analyzing in detail exactly what I was doing and not doing correctly. He could have very easily had me over, told me I did it wrong and go again, but he seemed to genuinely invest interest in my progress, which I can’t put into words how awesome it was. On another note, he did take me for a ride around his RZR track at night before we left, and It. Was. Insane. I’ve driven RZRs a lot, but I’m rarely a passenger. I don’t like not being in control, so even if I’m driving like a maniac, I’m okay with it because I feel in control. When I was left out of that equation, I wasn't so comfortable. I feel like I can drive those pretty well, and I’m not scared of much when doing so, but the amount of driving skill the dude has is unreal, and it was eye opening in the sense that I’m sure plenty of people think, “Oh I could be a rally car driver too,” but those dudes really are next level, and sometimes it takes a ride-along to realize that. That ride was as memorable as the backflip, honestly. I’m still upset about not doing the big jump, though. I don’t want to talk about it.

Did you prepare a last will and testament before going?
Ha! I told my wife my life insurance was up-to-date, even though it wasn’t. I kind of got an evil look back, she didn’t like the joke as much as I did. Other than that, no, nothing special before I went.

Does being able to backflip immediately lead to picking up more girls?
Well being married kind of changes this question a little bit, but I think I got a little more attractive in my wife’s eyes. She had never actually seen me ride before, I stopped riding seriously about six or seven years ago, so she didn’t really have any indication of me riding apart from the infamous Dune Goon video, which is less than promising. But she did seem, ahem, frisky we’ll say, when I got home. So if that’s any indication for the single dudes, go backflip. Go backflip right now.

When the beat drops

My wife @alisaweigandt and I used to dance like this all the time, then ironically we stopped a a little over 6 years ago, which is also the age of our daughter. But thanks to @jonnyomoto and @h.m.oler 's wedding last night we brought it back. We haven't gotten any better!

In a curious pairing, Monster Energy announced this week a sponsorship deal with golfer Tiger Woods. Monster will be the seventh brand—MusclePharm, Titleist, Fuse Science, Buick, AT&T, and Nike—to be featured on the 14-time major winner's bag. When you think of Monster, you certainly don’t think of a 40-year-old golfer. And it’s certainly not in their demographic. Which is probably why they’re doing it.

“I know that I’m not going to be doing any half pipes or anything," Woods joke, according to Forbes. “I have energy, but just not like that.”

Woods, who returned from a 16-month absence this week, isn’t the first golfer to have an energy drink sponsor. Ex-motocrosser and current golfer Rickie Fowler has a deal with Red Bull, which seems like a better fit, and Jim Furyk is sponsored by 5-Hour Energy.

Of course, with it being 2016 and all, the internet had plenty of jokes about Woods pairing up with the energy drink giant. For the Win captured most of them.

Fox Sports’ @TheBuzzer, which according to their Facebook page “brings you all of the buzzy sports videos, stories, and GIFs from all over the Internet and beyond,” is doing a countdown to the 2017 Monster Energy Supercross season. This is one I spotted of the insane Hayden Mellross crash at Santa Clara last year. You can follow it on their Facebook page.

GoPro announced this week they would lay off 15 percent of their workforce and close down their entire entertainment division as part of a company-wide restructuring. The company plans to save $650 million as part of the restructuring. According to the New York Times, GoPro, “which have lost about half their value this year, rose about 5 percent to $10.30 in early trading on Wednesday on the Nasdaq.” More from the Times:

The company also said that Tony Bates, its president, would leave at the end of the year. It quoted Mr. Bates as saying his three years with GoPro had been “an incredible experience” and that he believed the company “has a solid leadership team deeply focused on its core business and profitability.”

GoPro, which swung into a deep loss in its third quarter, is under pressure to demonstrate that there is a more mainstream market for its action cameras beyond its adrenaline-addicted core, and faces competition from smartphones, a Dow Jones report said on Wednesday,

This month GoPro announced it was recalling 2,500 of its Karma drones because the products were “falling out of the sky,” Mr. McGee said in the webcast. He added that the company was working “diligently” to get them back on the market and that drones were a key part of future strategy. “It will definitely be a growth driver,” he said.

According to Motorsport.com, the FIM has provisionally suspended Russian rider Anastasiya Nifontova over an alleged doping violation offense ahead of her Dakar Rally debut in 2017. According to an FIM press release, the test, which was conducted at the 2016 FIM Cross Country Rallies World Championship held in Morocco, found "non-specified substance" meldonium in a urine sample. The results of the test violated Section 4 (Hormone and Metabolic Modulators) of the 2016 FIM Prohibited List. The statement also said that, “Under Article 7.9.3.2 of the FIM Anti-doping Code, Ms Nifontova may request lifting of her provisional suspension.” More from MotoSport:

The Washington-born Russian rider had been gearing up for her first attempt at the Dakar Rally in 2017, having contested the concurrent Africa Eco Race in the previous years instead.

In talking to Russian media outlets, Nifontova has already confirmed her intention to appeal.

C'mon, Phil. Everyone is smiling!

Monster wasn’t done shelling out the green this week. On Thursday, NASCAR announced that Monster would become the title sponsor of the series, in addition to the annual all-star race. Monster Energy Cup here we come. Oh, wait. That name is taken. NASCAR did not say what the name of the series would be going forward. It’s been speculated that Monster received a discount on the title sponsorship, with NASCAR ratings on the decline. ESPN’s Darren Rovell tweeted that the deal is worth $20 million, which is 40 percent of the current Sprint deal. More from ESPN:

Past sponsors R.J. Reynolds, Nextel and Sprint spent tens of millions of dollars promoting the sport. When Nextel signed its deal in 2003, it was reported its total spending was approximately $70-75 million a year.

Sprint (which assumed the sponsorship through its Nextel merger) renegotiated its deal when it signed an extension for 2014 to 2016 that reports have pegged at closer to a $50 million minimum annual commitment. It also sponsored two exhibition races—the preseason race at Daytona and the all-star race at Charlotte.

"[The priority is] just to see them promote the sport and maybe [bring] some fresh ideas, maybe just how we can come in with new ways of introducing it to the fans," NASCAR team owner Rick Hendrick said.

You can read the entire piece here.