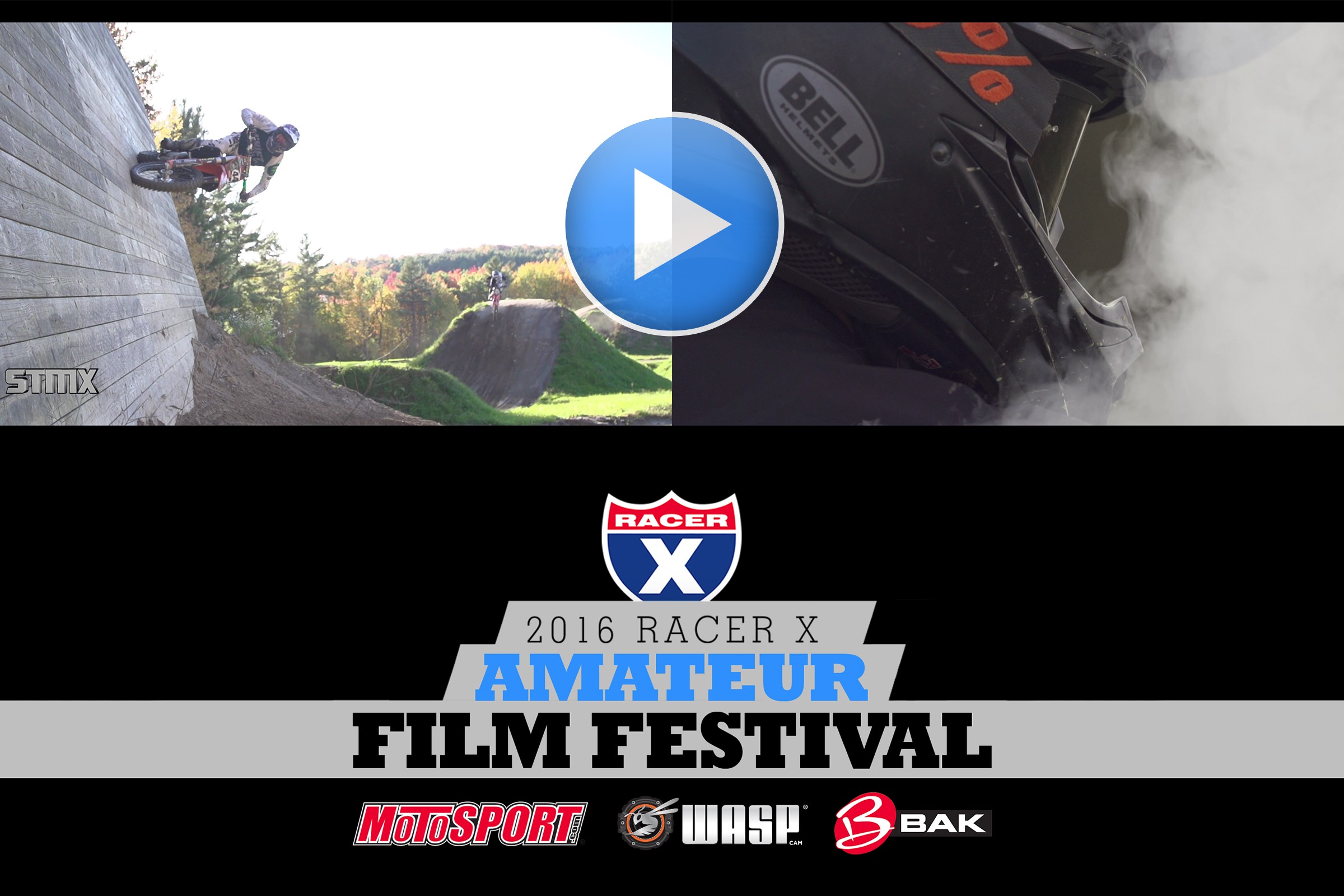 Only one round of Racer X Amateur Film Festival semifinals left! From there, the four winners from the semifinals will be thrown into a battle royale to compete for cool prizes from MotoSport, WASPcam, and BAK Industries in the finals.

But first, the winner from the third round of semifinals. This was the closest round yet, with Texas’s David Wells finishing over Colorado’s Jared Hardy with 57 percent of the votes. Jared is our youngest semifinalist at just 15 years old (that’s right, 15!) so you can expect to see his name in the future if he decides to stick with it.

The fourth round of the semifinals is now underway, featuring entries from Austria’s Uwe Froehlich and Connecticut’s Kenny Kaplan. Remember, you can vote up to once per day through next Thursday at 2:00 p.m. EST. Watch and vote now!