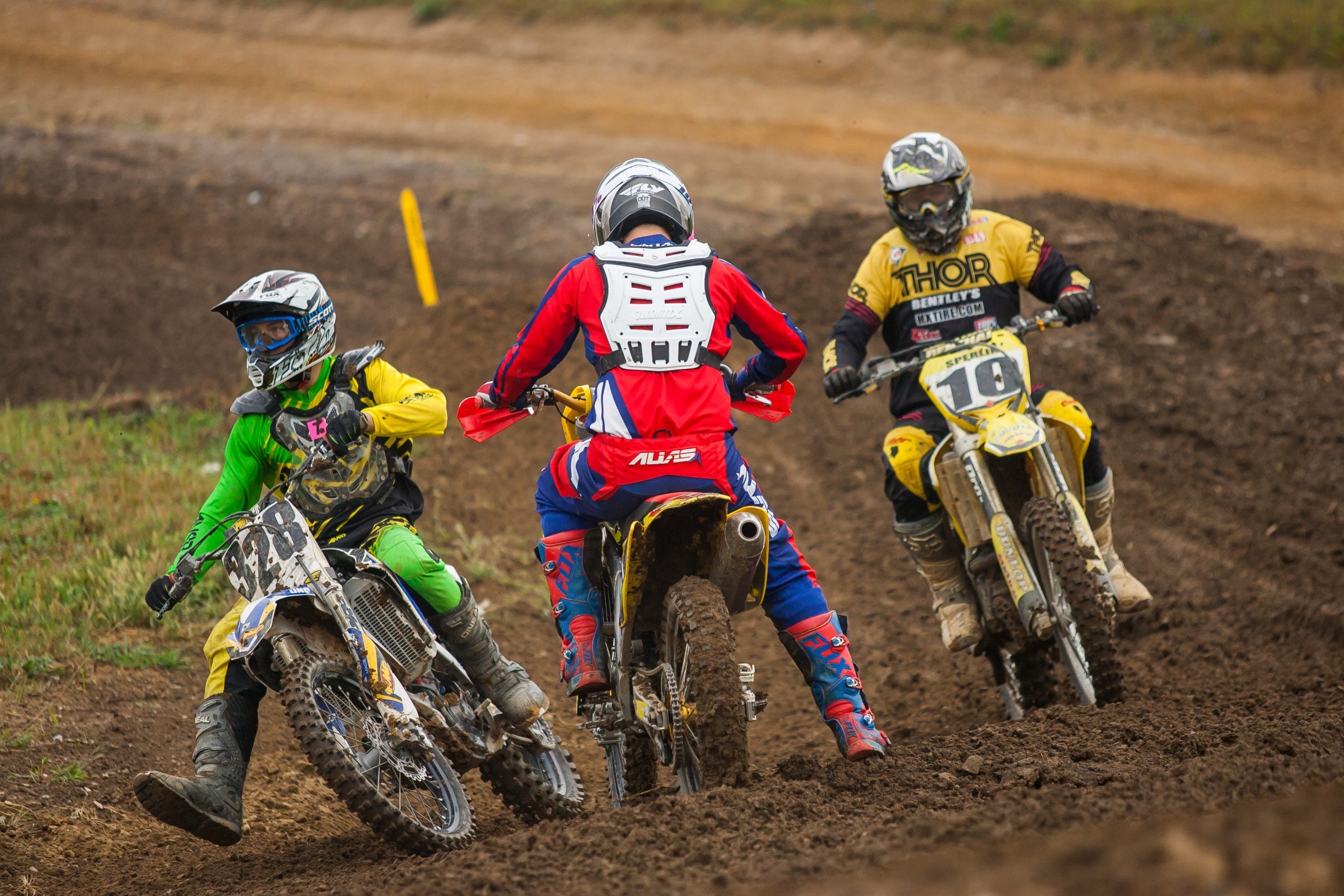 Dougie Lampkin, a 12-time World Trails Champion, is known for his rad stunts on a bike, but he recently upped it a notch. In a stunt, which aired live on Red Bull TV, Lampkin rode a continuous wheelie around the 37.7-mile Isle of Man TT course in 1 hour and 35 minutes, per Red Bull. The Snaefell Mountain Course, one of the most dangerous in the world, is held on public roads which were not closed during the stunt! According to Jalopnik, in the 1970s, Dave Taylor allegedly wheelied the entire course, but there was no proof that it happened.

"It feels fantastic," said Lampkin to Red Bull. "The last 15 seconds were really lovely. The rest of it was a challenge. It wasn't over until a couple of metres from the end but that last couple of metres was just amazing."

If you feel like blowing a couple hours, the entire stunt is archived on Red Bull TV. If not, here are some highlights.

While this wheelie isn’t as impressive as the 37.7-mile one Lampkin pulled off, it did garner a ton of attention and may have cost someone their job. A Domino’s delivery guy in London popped a sick wheelie (shortly after everything went bad) on his scooter and it was caught on video. The video was retweeted more than 9,000 times and caught the attention of Domino’s, which wasn't as stoked about it as I was. Sky News says that Domino’s is launching an investigation into the matter. Here is the statement.

The Domino's spokeswoman said: "The safety of the public and of our colleagues is of paramount importance and this is clearly wholly unacceptable behaviour.

"We have launched an investigation to find the driver concerned and take appropriate action."

Indian Signs a Ton of Talent

Indian will return to American Flat Track (formerly AMA Pro Flat Track) full-time next year and will field a factory effort for the first time since the 1950s. Indian debuted the Scout FTR750 at the final round of the series at the Santa Rosa Mile with veteran racer Joe Kopp. (Kopp actually grabbed the holeshot and went on to finish seventh.) Last week, Indian announced their three-rider Wrecking Crew for 2017, and dang, they just landed a ton of talent with three-time AMA Pro Flat Track Champion Jared Mess (Harley-Davidson), 2016 champion Bryan Smith (Kawasaki) and 2013 champion Brad Baker (Harley-Davidson) all part of the team next year. The return of Indian to flat track racing, along with Harley-Davidson launching their first new bike in 44 years (coincidence?) certainly points to a renewed rivalry between the American brands—and this announcement is big for Indian.

“Indian Motorcycle has a DNA in motorcycle racing. We will continue that push towards excellence on the street and in competition with the introduction of the Indian Scout FTR750,” said Gary Gray, product director for Indian Motorcycle. “AMA Pro Flat Track racing is highly competitive and we leaned on a global team for this factory effort and have engaged some of the best riders to exhibit our commitment to this legendary sport. That said, we are entering the series to do one thing—win.”

Here’s some footage of Mess on the Indian at a race at Willow Springs last Sunday.

Formula E—the all-electric racing series—had a goal of offering live broadcasts of its races in virtual reality. The racing series, which started in 2014, partnered with a company called Virtually Live in hopes of offering an interactive video game-style experience using computer graphics which would allow you to be on the track or even right next to the cars. One problem: the broadcasts never happened. But the two took another step toward it soon becoming a reality, releasing four VR highlight packages from some of the best races of the second season. The Verge has a detailed account of the packages:

When you boot up one of the highlight packages you are given freedom to move around almost the entire track, the pit lane, and the VIP club that Formula E sets up at each race. You can also follow any one of the 18 drivers on the track—with a POV from just outside the cars’ cockpits—and see real-time stats like their remaining battery percentage. (Their electronic steering wheels even light up.) With one of the remotes, you can activate a floating menu that has a map of the course, and from there you can also choose between multiple stationary “TV camera” positions to watch from.

There’s also a “guided mode,” which will automatically move you to say, a car that’s about to make a pass for the lead, or one that’s about to crash, or back to the VIP club to watch the real video feed of the race for a moment while you catch your breath. (You can also pull up the video feed at any point on the track from the floating menu.) And as you watch each shortened race unfold, whether you’re riding along with a car or standing in the pits, the commentary from the television broadcast plays in your headphones.

It’s a unique experience that’s smartly executed. Before getting involved with Formula E, Virtually Live was trying to make this same idea work for soccer games. But the sheer amount of data points combined with the difficulty of recreating accurate human motion simultaneously for about twenty players was a challenge. Racing provides a much more controlled environment, and Virtually Live has done a good job exploiting those limits to create a more polished product.

This would look great in supercross and motocross.

I may be a little late to the game on this one, especially considering the USGP was held almost a month ago. Anyhow, I stumbled upon this video CBS Sports (which broadcasts the FIM World Motocross Championship) posted on their Facebook page of the event. It’s a pretty cool 360 look of the race.

The Intermot motorcycle trade show is going on this week in Cologne, Germany, and features a ton of cool 2017 bikes released by the major manufacturers. Our own Simon Cudby is over there and sent this batch of photos over.

At a recent Sports Car Club of America Runoffs event, the driver of the mustang (seen below), apparently faked a mechanical problem late in the race to wait for the leaders to come around… SO HE COULD INTENTIONALLY TAKE THE GUY OUT!!!!! Dang, man, that’s cold blooded. Black Flag has more:

With two laps left, Sloe coasted to a stop at the bottom of a hill with what everyone initially assumed was a mechanical issue, but really wasn’t. Sloe appears to have rolled back down the hill from Turn 5 to Turn 4 in neutral so he would a better angle to spot oncoming traffic, per Feathers’ description.

After the car of Ed Hosni had a mechanical issue, McDermid was leading the race. With his car’s engine still running, Sloe started moving again on the last lap when McDermid was in view and then proceeded to punt McDermid off track at Turn 6. Fans at the race were shocked at what they’d just watched, according to Feathers. It’s pretty rare to see a move that blatant at an SCCA race.

Despite the fact that Sloe had dive-bombed McDermid’s right rear into a spin, McDermid was able to keep his position and win the race. According to Feathers, he even did a big burnout in front of Sloe’s car on the victory lap.

Winning may be the best revenge, but that wasn’t the only thing Sloe will have to deal with after intentionally wrecking someone out. SCCA’s Stewards of the Meet determined that Sloe should lose three positions in the results, and have his SCCA competition license suspended for one year—including for next year’s Runoffs at Indianapolis Motor Speedway, per a SCCA representative. Sloe appealed the decision, and the appeals court upheld the initial ruling.