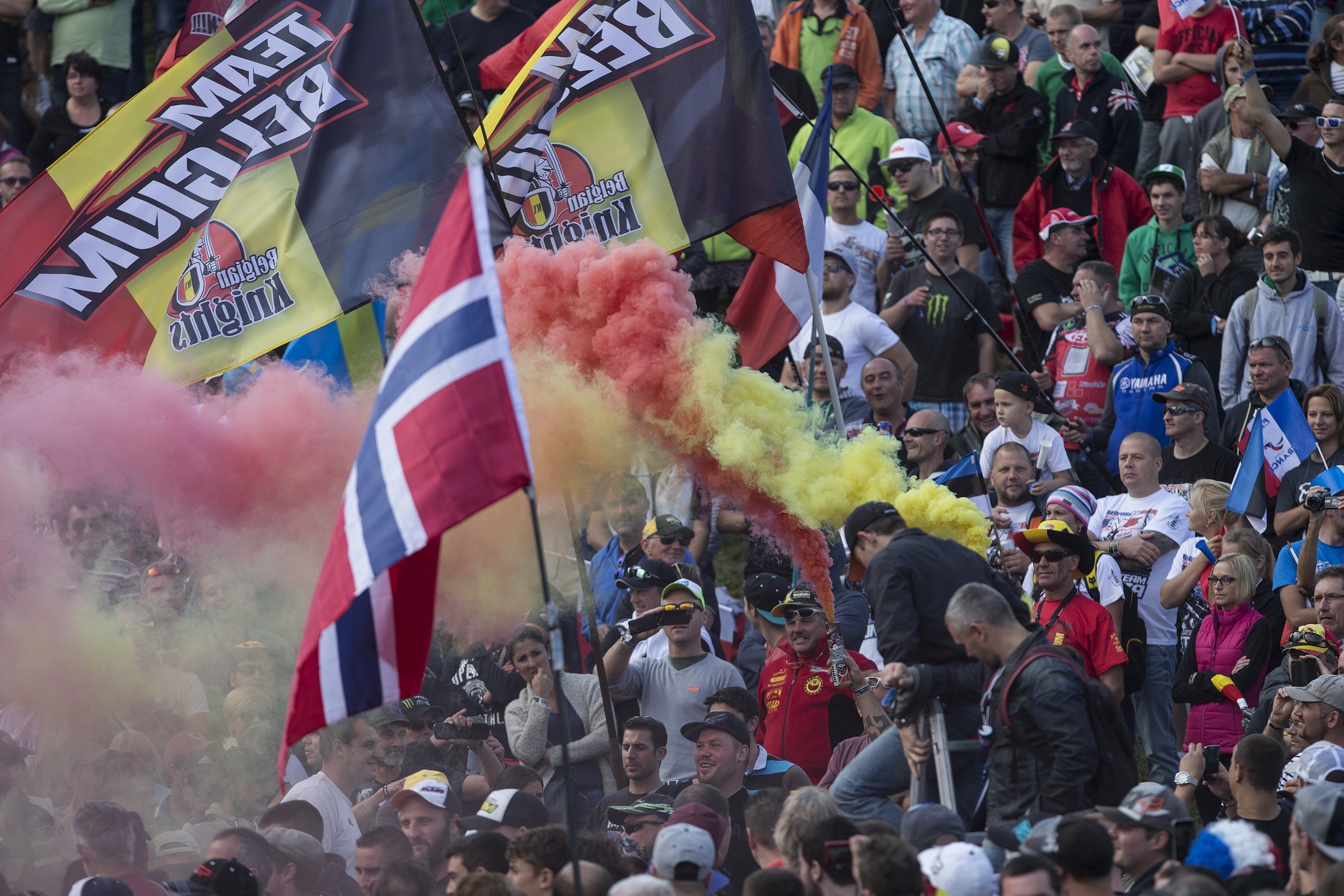 The Motocross des Nations (I’m not going to call it “of”) is always epic. This event has prestige, excitement and drama in each and every moto. It’s not an exaggeration to say that in the battle for the win, every pass counts in all three motos.

Do I wish Ryan Dungey, Eli Tomac, Ken Roczen, Chad Reed and others didn’t pass on the event and were racing? Well yeah, but hopefully this is a one-year only thing and we see the best of the best line up next year in the U.S. when it’s at Glen Helen.

Team USA has a four-year losing streak which ties the longest since they started “coming back” to this event in 1981. They were very good last year but France was great. They were not so good in Latvia and Lommel, but were decent in Germany. There’s no way that anyone should think that this race is ever going to be easy for Team USA when it’s held in Europe. It’s not like it used to be. In my opinion the pendulum has swing again. The European riders were definitely better in the ‘70s, the USA riders had everyone covered in the ‘80s but it’s pretty much neutral these days. On different tracks, in different continents, you’ll have different winners.

I’ve been thinking about this weekend’s race quite a bit recently. I think this is the year Team USA breaks the streak and takes the win. My opinion has changed compared to when the team was first announced, as the USA has gotten some good breaks in terms of bad breaks for other countries. And watching Glen Helen USGP also clarified some things for me. Here’s how I see it stacking up this weekend:

Like always, the depth of Team USA can’t be touched. USA’s best team would be Ryan Dungey, Eli Tomac and Cooper Webb but failing that, these guys aren’t so bad. I’m not sure any of these guys win a moto but they’ll be top three and that will be enough to get the overall win. And I 100 percent predict some Europeans will be very upset at Anderson as he makes his way through the pack.

Add in Dylan Ferrandis or Marvin Musquin and I think the French defend their title. I’m not sure why they wouldn’t pick Marv but Team USA is very thankful that they didn’t, I’m sure. Paulin hasn’t had a great year, but man does he step it up at this event. And like Paulin, Febvre is not as good this year as he was last year but he’s still very quick. I know that I was watching him race in the U.S. and all that, but I saw Paturel at Glen Helen end up pretty far back of Jeremy Martin. Knowing that Alex Martin is close to or better than Jeremy this year, it makes me think the MX2 class is where Team USA has the big edge.

Again the USA got a break here when Clement Desalle dropped out with a knee injury. Desalle, like Max Nagl or Paulin, always seems to step it up at the MXDN and ride well regardless of how his MXGP season went. The drop from Van doninck to Desalle is huge and that’s really going to hurt. But Belgium is always good at this race no matter who they send so expect their race to be like USA’s with consistently good finishes.

My hot and spicy upset special right here! The Swiss won’t miss with their team this year and could even end up on the podium. I think Seewer is the favorite for the MX2 victory over Martin, with his experience on this track and this type of dirt. We saw Tonus show speed in the U.S. but it seemed like the heat and humidity got to him late in the motos, but that won’t be an issue in Italy. And Guillod, well he’s fast but has to keep it on two wheels, which can be a challenge for him. The Swiss are so hot right now.

Team Great Britain could win, they could even podium, but I have them in fifth place because something always happens to them. They are the Wile E. Coyote to this race’s anvil. Something bad happens to the Union Jack boys every year. It’s like the motocross gods are punishing them for ’94 or something. Simpson and Searle had tough years so it’ll be interesting to see if they can rebound from that to put in some good results. I don’t want to piss anyone off here but I’d have put Dean Wilson on this team. You pick which guy to replace, but I’d have made room for a motivated rider like the #15.

I could be WAY off on this prediction. They could do much better than sixth. Maybe I’m biased because I bet Chad Reed $100 bucks that Switzerland beats the Netherlands at this race. Herlings is fast as shit and I got him winning a moto and Coldenhoff has been riding well near the end of the GPs. I don’t know, I just think of the Dutch being so good in the sand and not on the hard pack Italian surface. These guys could be great and if they are, I reserve the right to change my pick.

Finally, it’s my home country and they’re back at this event after skipping last year because our sanctioning body for this race (the CMA) is bunch of clueless idiots. That’s probably the kindest thing I could say about them, by the way. We’re not sending our three best riders for different reasons but then again as I’ve pointed out, not many countries are. Benoit is very fast and this is his second time riding at this event so he should have a better idea of what to expect. Medaglia is a MXdN vet by now and what he lacks in raw speed he makes up for in fitness. Maffenbeier is the rookie on the team and I’m sure he’ll be freaking out but he’s the key to whether Canada ends up in the A or B-Final. I do know that the Canadian and Irish teams will hook up in a battle because, well, they always do. Screw you Martin Barr and the rest of the Irish! If Canada makes the A-Final, it’s all gravy from there. If they can’t do that, well there’s always next year! Unless we don’t send a team because we can never, ever, get our act together.