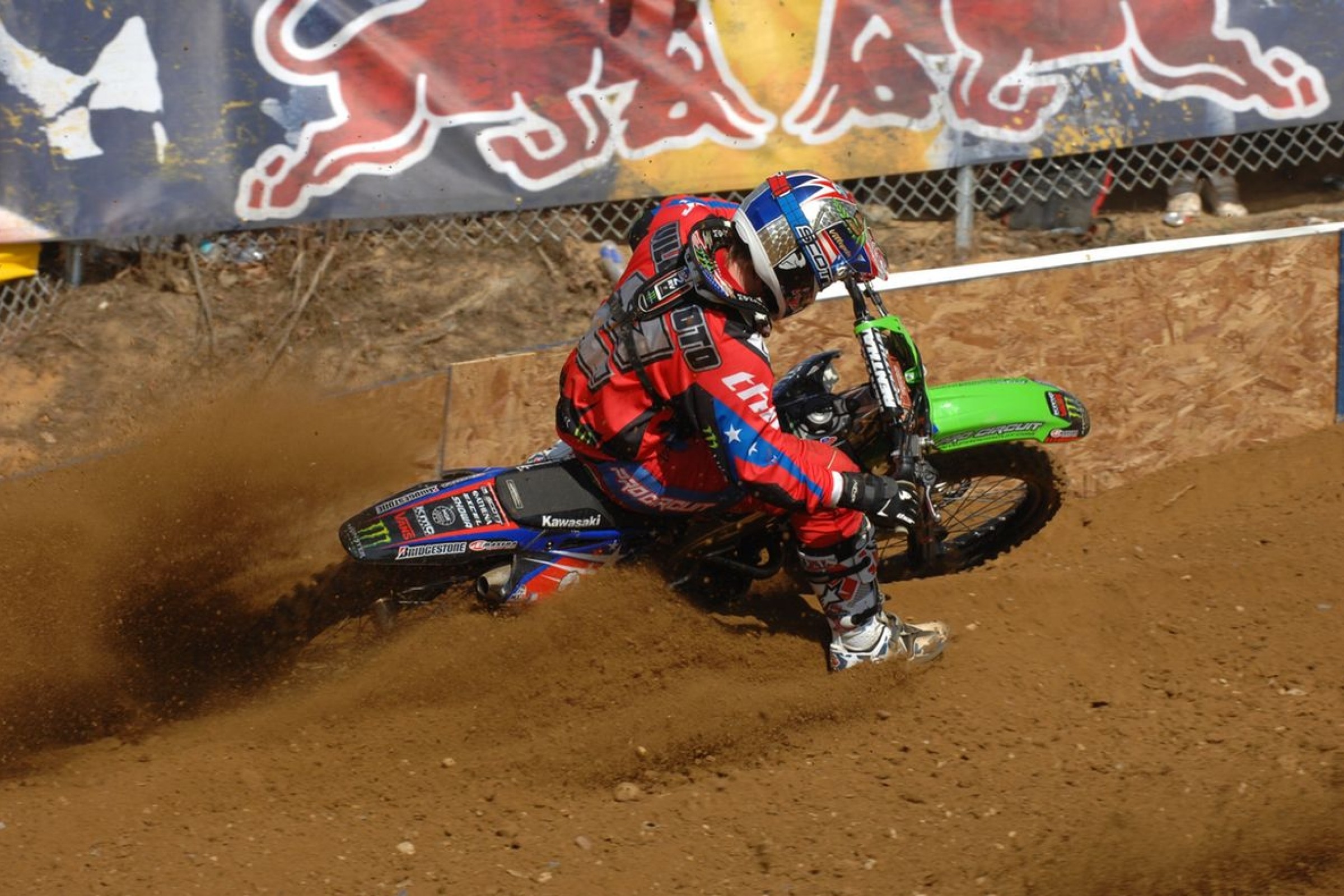 250 Words The Search for RV

Ryan Villopoto still has a nice trump card to play while hanging out somewhere in the Pacific Northwest. Team USA still hasn’t won the Motocross of Nations since Villopoto stopped participating in it, culminating with a clutch final moto victory from him in 2011 that sealed the seventh-straight victory for Team USA. Villopoto missed the next three years with knee injuries, and then retired last season. (Sadly, American fans’ dream scenario of RV’s MXGP attempt last year ending with a World Championship and finishing with a Team USA triumph didn’t come close to reality.)

Villopoto has left a big hole in the team, and in fact, his 2011 moto win stood as the last one for an American rider until Justin Barcia won the first moto last year in France. The bigger hole isn’t at the front of the pack winning motos, though. Team USA has really struggled through the MX2 ranks, which Villopoto had on lock during his 250F days.

Have a look at Team USA’s MX2 finishes overall through the last ten years:

Those are some tough moto scores, although you have to remember these are 250F riders racing on the track at the same time as the 450s. That’s actually the little secret of the current Motocross of Nations format. Decades ago, each class was scored separately, so the second 125cc rider to cross the line was credited with a second place finish, even if he was actually 10th overall (mixed in with the bigger bikes). These days, every class is scored only on its overall finish. If you finish 10th on a 250F, your team gets 10 points, even if you were actually the second 250F to cross the finish.

That makes the 250F division of extra importance. One huge ride by a 250 rider—say, a moto win or podium—can make a huge difference in the team standings since there’s a chance the next-best 250F rider will finish five or even 10 spots further back overall. In the old days, that would have been a one-point swing in the team standings. Now, that’s a five or 10-point differential in team points.

When Villopoto was tearing it up on his Monster Energy/Pro Circuit Kawasaki KX250F, the new scoring format gave Team USA a huge advantage. Over the last seven years, it has worked in the opposite direction.

It hasn’t helped that America’s 250F choice is often a bit compromised. Jake Weimer was considered the second-best American 250F rider in 2009, but 250 National Motocross Champion Ryan Dungey had to jump on the 450 for the race. Same scenario this year for Alex Martin, who finished second in the 250 Lucas Oil Pro Motocross, while the champion, Cooper Webb, moves up to the 450 this weekend.

In 2011, Dean Wilson won the 250 National Motocross Championship, but Blake Baggett got the ‘Nations spot because Dean-O is a Scotsman. There have also been years where teams take a superstar big-bike rider and put him on a small bike for the race (on the legendary 1986 team, Johnny O’Mara was a 250/500 rider all year but jumped on the 125 for the event, and dominated). Team USA hasn’t done that in a long time, though, partially because so many riders skip the event that the 450 depth isn’t there to even try it.

Gate pick selection further complicates matters. Each team will have a good and bad gate pick in each MXoN moto. Some teams give the slower 250 the good gate to try to get a head start, others assume the 250 will get buried anyway and send the small bore to the bad gate. Often it’s on the 250 rider to take the bad gate, get a bad start, and try to claw for points on a track filled with 450s. It’s a daunting task, and Alex Martin gets the call this year. Can he be the one to finally bring Team USA back to the top of the MX2 rankings? It might be the most critical class outcome of all.