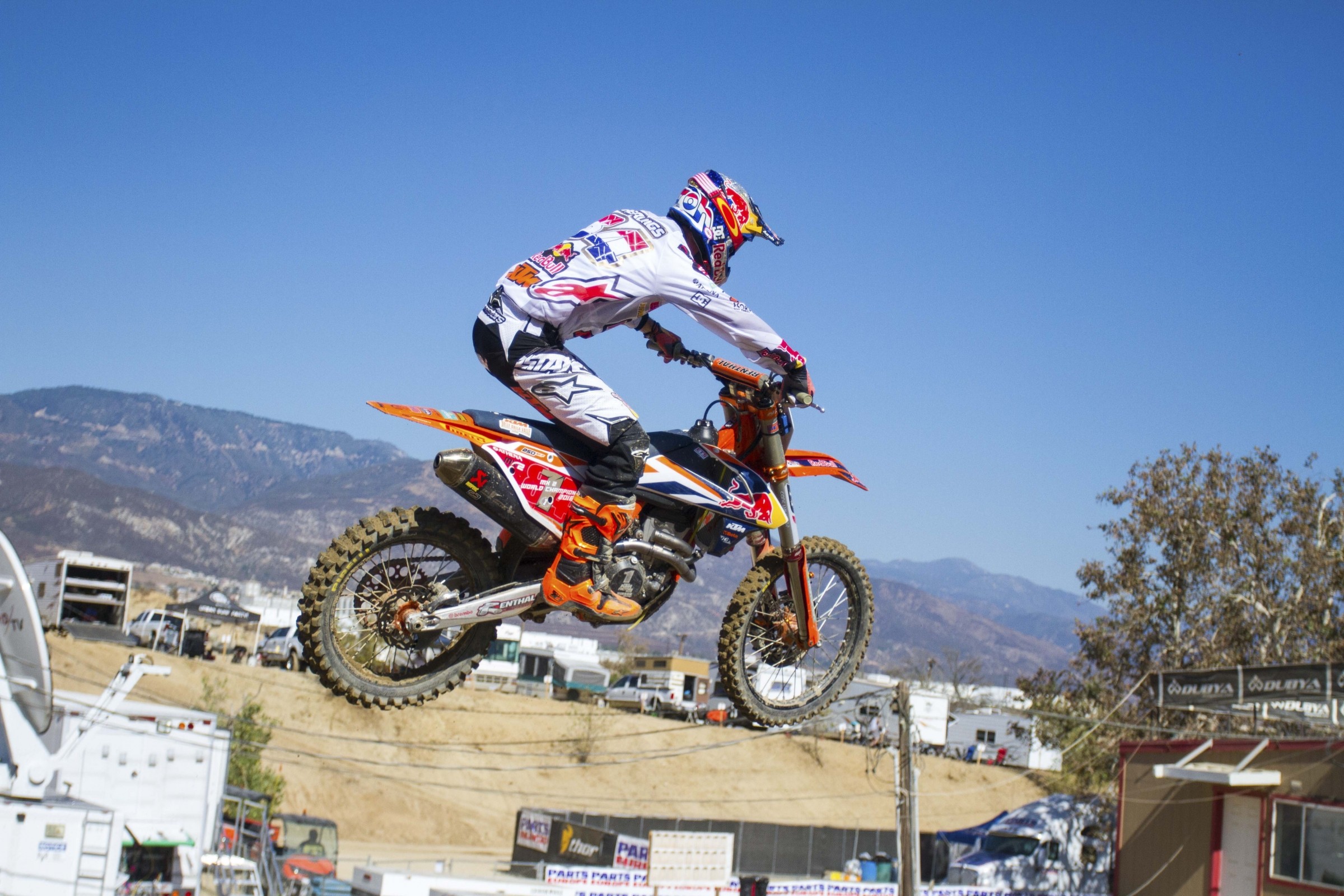 Red Bull KTM’s Jeffrey Herlings ended his MX2 career with a 1-1 performance at the final round of the FIM World Motocross Championship on Sunday at Glen Helen Raceway. Herlings, who accumulated 61 GP wins and three titles in the class, will move to MXGP for 2017 and beyond.

After the race we caught up with the Dutch native to talk about his performance.

Racer X: Walk me through your day.
Jeffrey Herlings: I think we had a decent day. Actually we had a really good weekend. We put ourselves in a good position all weekend long. Fastest pre-qualifying, best gate pick for Saturday. Went to the lead pretty quick then Austin [Forkner] overtook me, but I passed him back pretty quick and we won that thing. We put ourselves in a good position, mainly first moto. Almost holeshotted. Went to the lead, made a little gap and just controlled the race.

Second moto the start was like the worst, kind of around tenth for first turn. Worked our way up through the front. I had to pass some good guys like Austin, Jeremy [Martin], [Max] Anstie. It was hard to pass those guys and once I got up to the lead I made a little gap, like a ten second gap, and finished it off with a win. Super pumped about that and happy to finish off my Lites career with a win. Now it’s time to step it up to the big boys.

How’d you feel out there today?
I felt really good today. This track treated me way better than last weekend. We’re used to the two-days format. The heat was pretty brutal, for us guys. We never race in such a heat, so it was pretty brutal, but for the rest I’m super pumped.

Do you feel that maybe the two-day format—since you guys are obviously traveling around the world—do you feel like that helps you adjust with the time a little bit better?
I’m used to the time now because I spent one week in California, but it’s pretty tough on your body. You guys in America just have a one-day event, two times 20 minutes practice, get racing, hour break or something and another race. We have such a long, boring weekend, to be honest. We arrive on Friday, go do helmet control, whatever. Race Saturday all day—two practices, qualifying heat—and then we finally race on Sunday. So I wish we had a one-day format as well. It would have been so much better. It would take so much less energy, where everything is about the two motos anyway on Sunday. So I think that’s really good in America. But it is like it is. Just make the best of it each weekend.

Obviously you still have the Des Nations coming up. Do you have anything planned for the off-season?
Obviously Des Nations will be in two weeks so I don’t know if we can be ready for that. We’ll start testing straight when we get home on Wednesday or Thursday. But still it’s going to be a long trip home and then with the jet lag, so it will be pretty tough on our bodies. For now we haven’t decided anything yet. We’ll just start testing and we’ll see day by day.

Do you have any other plans while you’re still in town in California?
No, because we are flying home tomorrow evening. I really enjoyed to be in America. I love the people over here. It’s so cool, really nice and friendly. I really enjoyed my time over here, but I’m also happy to go home.