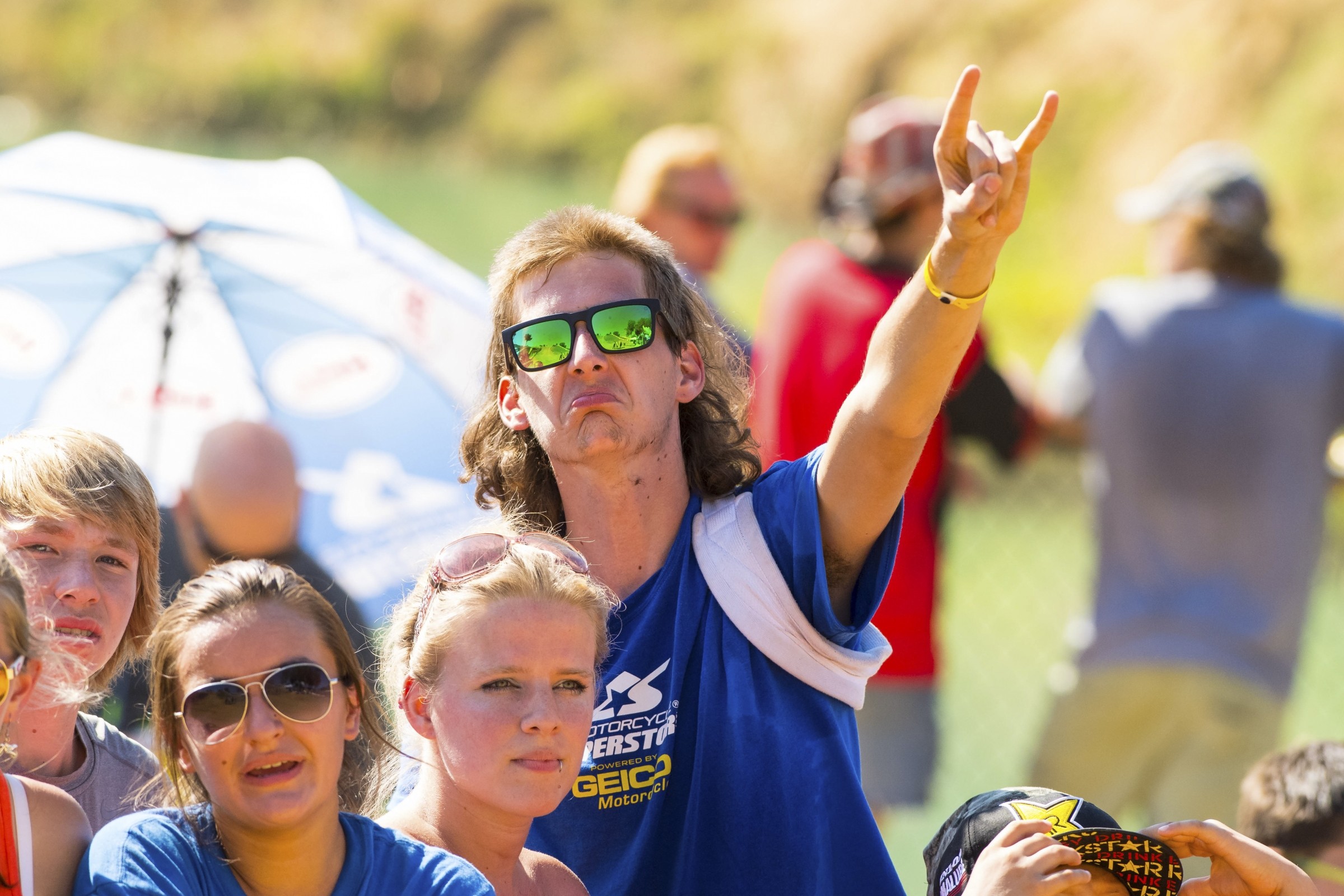 "This is great news for motorcyclists in California and throughout the country," said Rob Dingman, president and CEO of the American Motorcyclist Association. "The California Assembly and the governor have taken a huge step in formally recognizing a practice that has been in use for decades. Lane splitting keeps riders safer by eliminating their exposure to rear-end collisions, and it helps ease congestion by effectively removing motorcycles from the traffic lanes."

Recently, other states, including Nevada, Georgia, Washington, Oregon and Texas have all considered legislation that would make lane splitting legal.

According to the AMA “A.B. 51 clarifies that the CHP does have authority to develop educational guidelines on lane splitting. The law also removes the practice from the legal gray area, where it was neither expressly prohibited nor approved.”

You can find more on the AMA’s position here.

According to a report by Asphalt and Rubber, the Environmental Protection Agency (EPA) and the U.S. Department of Justice (DOJ) have fined Harley-Davidson $12 million for its Screamin Eagle “super tuner” devices. The American motorcycle manufacturer has also agreed to spend $3 million to mitigate air pollution as part of the deal. They have also agreed to stop selling, buy back, or destroy any illegal devices that increase air pollution from the company’s motorcycles, per the report. From Asphalt and Rubber:

While not quite the Dieselgate scandal that caught Volkswagen circumventing EPA emission standards, Harley-Davidson’s “super tuners” do provide an aftermarket solution for motorcyclists to circumvent the emission devices on their motorcycles.

Compounding the issue though, Harley-Davidson has sold an amazing number of these tuners. Accordingly the EPA and DOJ came down on the Bar & Shield brand like a box of bricks, but the likely costs to take the boxes off the market will make the fines pale in comparison.

All told, Harley-Davidson has sold an estimated 340,000 illegal devices, according to the EPA. Additionally, the EPA says that Harley-Davidson sold more than 12,000 motorcycles that were not covered by an EPA certificate, and thus didn’t meet federal emission standards.

Two of the biggest sports media companies are joining forces. Earlier this week, Sports Illustrated and Fox Sports announced a multiyear advertising and editorial agreement, per the Wall Street Journal. Combined, SI and Fox will be the second-largest sports media website, behind only ESPN. The brands will share significant content, and the ad sales units from “Sports Illustrated and Fox Sports will be able to sell advertising across both entities, and the two companies will share in the revenue.” More from the report:

Though they will remain separate websites, Sports Illustrated and Fox Sports will combine their comScore web traffic under a yet-to-be-named brand, which will be considered a part of Time Inc.’s overall traffic. Media companies often place their comScore-measured digital audience with another publication through this process, known as “traffic assignment.”

It’s far from clear whether the tie-up will resonate with media buyers. “They have great content, but it’s very difficult to compete for eyeballs right now in the sports space,” said Niki DeCou, vice president and brand group director at Horizon Media.

Ms. DeCou said she’ll be curious to see if the greater scale from the deal results in a price drop for video advertising, which she said is expensive right now at both companies because they have less inventory to sell than ESPN.

Forty-three years after introducing their first stand up Jet Ski, Kawasaki is getting back in the game. Announced this week, Kawasaki will introduce the Jet Ski SX-R back into market in 2017. Lane Splitter has more on the announcement:

Anecdotally a Yamaha executive I’ll allow to remain anonymous told me last month that his company didn’t even like making two person watercraft because the market wasn’t big enough. I’m pretty sure they’d cram five people onto one if the Coast Guard would allow it.

So Kawasaki getting back into the “competition-style” ’ski is interesting for the industry. Sure, people are still racing the stand-ups but it’s a fragmental segment of the market. It will be interesting to see what this reborn 2017 SX-R does for the watercraft market. Sure would be a (relatively) cheap way to do a spec boat racing series!

And here’s a killer retro video that was released along with the announcement.

Speaking of cool stuff and water, remember when Robbie Maddison rode a damn motorcycle across some waves and s*** for his DC movie “Pipe Dream”? The video now has close to 24 million views on YouTube and was covered by pretty much every major news outlet in America. Motorcycle News recently got Maddison to talk about the stunt—it’s pretty cool.

Something inside me wanted to ride a bike across the sea. I figured that if I put two wakeboards under a bike I could probably ride on water. So I came up with a plan…

At first it was nothing more than a drawing of how to mount two skis to the underside of a bike, which I took to an engineering firm. Initially we went with skis from a snowmobile rather than wakeboards, but as soon as I hit the water I was out of control, it was actually bad enough to make me think ‘this isn’t going to work.’ But that night we screwed some sheet metal to the skis to make them wider and that did the trick.

Honda, which has seen production delays with many of their motorcycles due to a earthquake earlier this year, says their factory in Kumamoto Prefecture is back to normal production levels, per Asphalt and Rubber. The factory was taken offline on April 14 before resuming minor operations on May 6 and production on June 6. More from the report:

Honda says that its large motorcycle production lines are now ready to go back to work, meaning the production at the Kumamoto factory is now back to its normal levels, though mini-vehicle parts production has been transferred to Honda’s Suzuka factory.

This news is perhaps the most important for American riders waiting to get their hands on the Honda Africa Twin adventure-touring motorcycle, whose production schedule for the USA was heavily disrupted by the earthquakes.

Hey, let’s check out a WSBK Kawasaki ZX10r racebike take on a stock Kawasaki ZX-10R and a Lamborghini Gallardo LP 570 in a series of drag races.

Is Can-AM Getting Back into Motorcycles?

The Montreal Gazette dropped an interesting article this week. Quoting company spokesperson Sylvain Morissette, the paper is reporting that Can-Am is “currently evaluating the market, the possibilities and trends after an industry analyst suggested the eventuality.” Revzilla has a good article on this development:

A decade ago, BRP revived the Can-Am name and slapped it on its line of ATVs. Then it introduced the road-going Spyder, which has been a sales success. While the ATVs are at least off-road vehicles, the Spyder isn't really positioned to capitalize on the reputation the Can-Am bikes of the past had built — though with each passing day, fewer consumers have fond memories of those fast Can-Am motocrossers of the 1970s. The company also makes side-by-sides, snowmobiles and personal watercraft.

Today's BRP is a spin-off of the original company, which started out in the snowmobile business and later diversified into aviation and transportation. It's not hard to think of the U.S. equivalent, Polaris, which is currently doing much better with its Victory and, especially, Indian motorcycle lines than it is with its older snowmobile and ATV business lines. Could BRP become a Canadian version of Polaris? What kind of motorcycles would a resurrected Can-Am build?

… to Pittsburgh, in the form of Uber drivers. According to Bloomberg, “starting later this month, Uber will allow customers in downtown Pittsburgh to summon self-driving cars from their phones, crossing an important milestone that no automotive or technology company has yet achieved.”  "I, Robot" is upon us.

Uber’s Pittsburgh fleet, which will be supervised by humans in the driver’s seat for the time being, consists of specially modified Volvo XC90 sport-utility vehicles outfitted with dozens of sensors that use cameras, lasers, radar, and GPS receivers. Volvo Cars has so far delivered a handful of vehicles out of a total of 100 due by the end of the year. The two companies signed a pact earlier this year to spend $300 million to develop a fully autonomous car that will be ready for the road by 2021.

The Volvo deal isn’t exclusive; Uber plans to partner with other automakers as it races to recruit more engineers. In July the company reached an agreement to buy Otto, a 91-employee driverless truck startup that was founded earlier this year and includes engineers from a number of high-profile tech companies attempting to bring driverless cars to market, including Google, Apple, and Tesla. Uber declined to disclose the terms of the arrangement, but a person familiar with the deal says that if targets are met, it would be worth 1 percent of Uber’s most recent valuation. That would imply a price of about $680 million. Otto’s current employees will also collectively receive 20 percent of any profits Uber earns from building an autonomous trucking business.