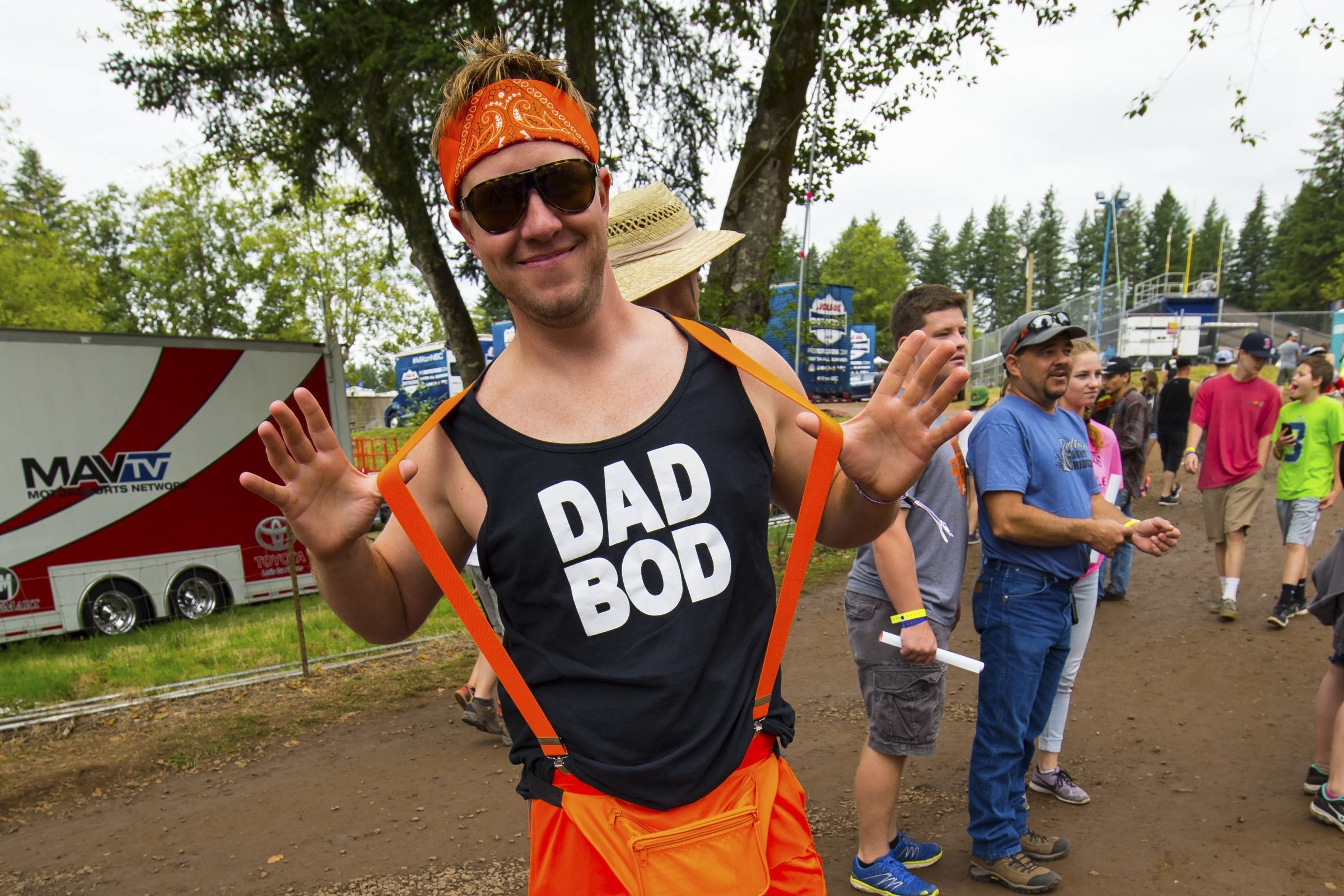 The video below is quite old—like January old—but I’d yet to see it until recently and now I’m sharing with you because it’s freaking cool. Nine of the top ten and thirteen of the top fifteen teams in the current Moto2 championship are on Kalex machinery. The German based company is literally dominating the championship in 2016. Prior to the first test of the season, the Marc VDS Racing Estrella Galicia 0.0 team put together a time lapse building Franco Morbidelli’s bike from just a bare frame. Build a Moto2 bike in under three minutes? Sure, why not.

I’m sure you’re aware of this by now, but if not, this is insane. Last week, Luke Aikins, a 42-year-old who had previously executed over 18,000 jumps, became the first person to skydive from 25,000 feet—WITHOUT A PARACHUTE!!!!! The stunt, which aired on Fox, was called “Heaven Sent.” Aikins landed safely into a net set up in the desert of Simi Valley, California. A cool side note on Aikins, who I’m sure you’ve never heard of prior: he was the backup jumper from Felix Baumgartner’s skydive from space in 2012.

Aparecida Schunck, the mother-in-law of F1 boss Bernie Ecclestone, was found safe on Sunday on the outskirts of Sao Paulo, Brazil, after reportedly behind abducted at knifepoint and held for a ransom of $37.5 million. According to a report by Motorsport, police have arrested a helicopter pilot who has worked for Bernie Ecclestone. More from the report:

Brazilian police have revealed that, following the capture of the two kidnappers, a third suspect was detained on Monday.

Jorge Eurico da Silva, a helicopter pilot who worked for Ecclestone and the family of his wife Fabiana, is suspected of being the mastermind behind the kidnap plot.

Sao Paulo's police department uncovered his involvement in the affair after tracing phone calls between him and the two other suspects - Vitor Oliveira Amorim and David Vicente Azevedo.

Moto In the Mainstream

Sponsorship at a Young Age

Vice Sports recently ran a feature on the sponsorship of young action sports athletes—some of which start when they are as young as three years old. It’s an interesting dynamic, and one that has certainly changed with the rise of social media. Here is a sample of the article, but the entire thing is worth checking out as it certainly relates to motocross.

Athen may be one of the youngest skaters receiving flow from companies, but he's not alone. This generation of Southern California kids is arguably among the best young skaters in the world. They're also among the most visible. They start skating as toddlers and by the time they hit puberty, they have competition experience, sponsors providing them gear, and social media profiles with thousands of followers. Five-year-old Stuntman Jake is sponsored by four companies and skates with veterans in Venice Beach. Eleven-year-old Lil Rome Diddy, who lives in San Diego and has 159,000 Instagram followers, is a member of Floyd Mayweather Jr.'s lifestyle brand, The Money Team.

"In the world of skating, social media [has] changed things drastically in the last five years," said Mark Gaudio, owner and co-founder of Silly Girl Skateboards in Fullerton. "The ability to have a marketing program based off of free social media uses has changed our game 100 percent in skateboarding."

It's not just skateboarding. Across the action sports world, social media has transformed the relationships between brands and consumers, sponsors and athletes, and athletes and fans. For companies, the internet provides exposure for considerably less money than advertising in traditional media. And for athletes, fame and fortune could be just one viral video away—no matter how old they are. The athletes, kids included, have also benefitted from the exposure.

Asphalt and Rubber recently got an all-access look at the Monster Energy Graves Yamaha Factory Superbike Team, which runs the MotoAmerica series. In its second season since taking over the most prestigious road racing series in America from Daytona Motorsports Group, MotoAmerica certainly faces its challenges rekindling interest in road racing here in the States, as Revzilla pointed out earlier this year. One of the teams that seems to be thriving is the Yamaha Factory Team, which won the 2015 Superbike Championship with Cameron Beaubier, who is also leading the 2016 standings. This, from Keith McCarty, is really what I found interesting as it explains a little bit why Yamaha went the satellite route in motocross and supercross.

Yamaha was really the only manufacturer that continued to support professional road racing in the US at the factory level during the recent economic downturn.

Through a strong partnership with Graves Motorsports, some innovative management of the racing program by Keith McCarty, and frankly, some bold risk taking, Yamaha was able to continue their factory road racing efforts, while other manufacturers closed-up shop.

“During the recession, we found a different way to do it (road racing) and it paid off,” explained McCarty. “Everyone else decided to keep their Supercross teams and we decided to work it where we had satellite teams in that series and kept the road race team instead.”

“We were able to get supercross sales and sportbikes, too. I think my boss was quite surprised and quite happy. It was very lucky, I guess, but it all paid off.” This dedication to road racing provided a handsome return, as Yamaha is now the dominant force in the MotoAmerica series.

Hide the women and children, things are about to get weird. A team of doctors, artists, and engineers have collaborated to produce a vision of a human evolved to have maximum survivability in a car crash. This was created by the Traffic Accident Commission of Melbourne, Australia—and it’s terrifying. You can meet Graham—which is the name they’ve provided for the subject—and really dive deep into this entire thing here. For now, here are some photos and videos to really freak you out:

In the lead up to golf returning to the Olympics Games in Rio later this week, Oakley and PGA Tour pro Bubba Watson have teamed up to create the first ever golf cart jetpack. Now this is how I want to play golf. Mashable has more details:

Built by Martin Aircraft, BW-Air is actually an experimental aircraft capable of flying at 46 mph and at 3,000 feet of altitude. It runs on regular gasoline and makes about as much noise as a high-performance motorcycle (which means it’s pretty loud), but Thinkmodo's James Percelay insisted it's quiet — in a relative sense thanks to a piston-less rotary engine that runs at about 90 db. Its ability to take off and land vertically in relatively small spaces makes it, potentially, ideal for first responders, the actual target market. Martin Aircraft hopes to start selling to fire, police and rescue departments by then end of this year.

Although, Rugby Golf may be the way to go…