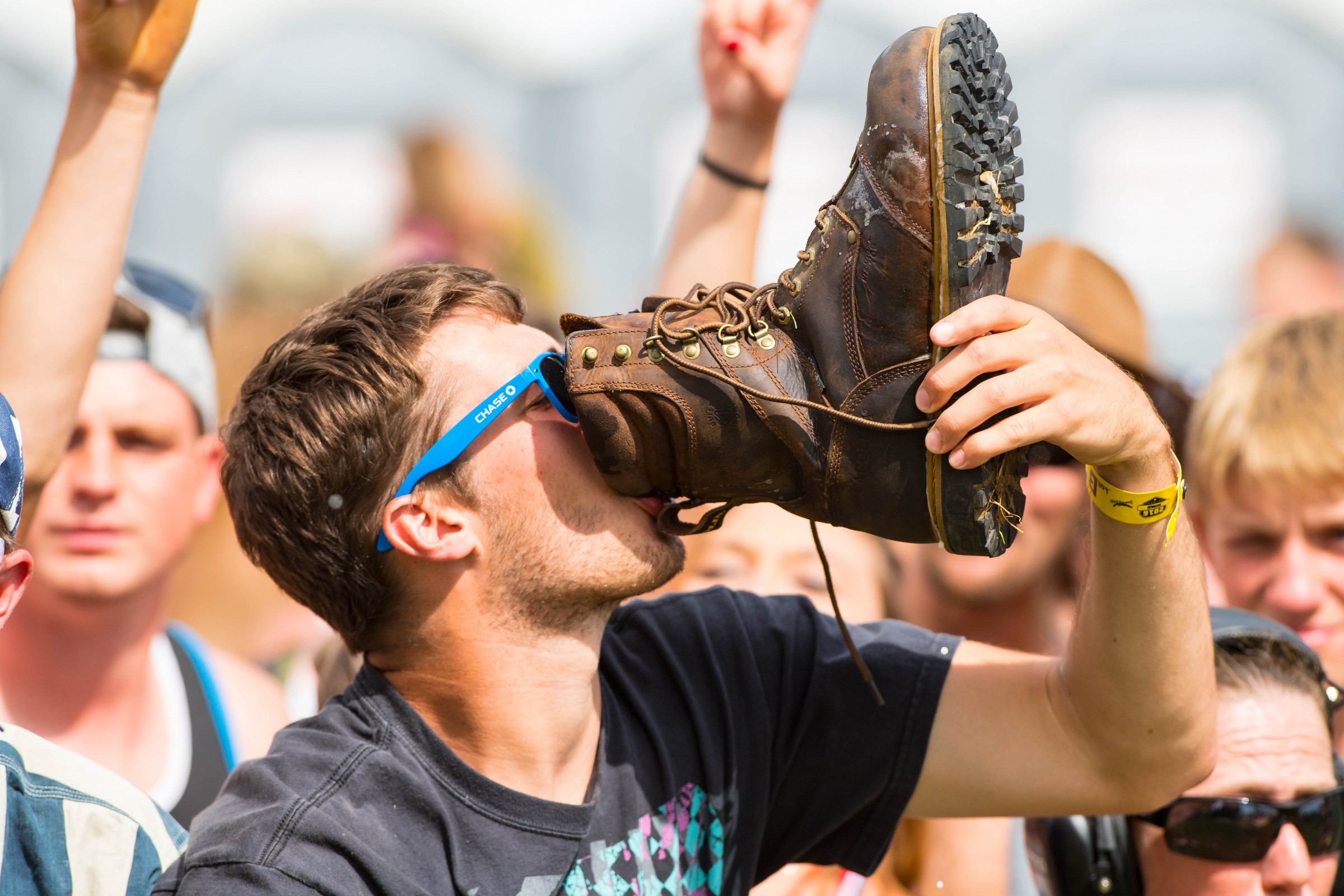 Last week rumors that Harley-Davidson may be a candidate for a hostile takeover by Kohlberg Kravis Roberts (KKR), one of the largest private equity firms in the world, saw H-D’s stock gain 20 percent in a single day, according to Asphalt and Rubber. Sound familiar? It should. The same thing, according to the report, happened six years ago with no sale going through, which led to an investigation by the US Securities Exchange Commission into possible stock price manipulation. What does this all mean? Again, Asphalt and Rubber lays it out pretty well:

This could also potentially mean that Harley-Davidson could become a private company, which could fundamentally change the way the motorcycle brand operates, and what its business priorities are, going forward.

The whole premise behind an LBO (leveraged buyout) is that the acquiring company (KKR) feels that the target company (Harley-Davidson) is under-valued, which could come from a variety of reasons like market uncertainty, poor leadership, access to capital, etc.

Be sure to read the entire piece.

Last week Monster Energy released episode four (of five) of their highly successful web series “Valentino Rossi: The Doctor Series,” which as the title suggests, is centered around the nine-time MotoGP Champion. In the fourth episode, the series looks at Rossi’s famous inner circle, the celebrations that helped make Rossi such an icon, his #46 and more. If you’ve never read Rossi’s autobiography “What If I had Never Tried,” the series is a fantastic look inside the world of the champion. Heck, even if you have, it’s a great series.

In your lifetime, did you ever think THE Samuel L. Jackson would talk about motocross? Yeah, me either. #dirtbikesforpresident

Rodney Mullen’s New Video Is Off the Charts

It’s been twelve years since skateboarding pioneer Rodney Mullen has released a video. The video, which was released earlier this week, was shot in 4K by Steven Sebring, an award-winning photographer, filmmaker and creator, and was the number one trending story on Facebook. Mullen, whose last film “Almost: Round Three” was shot back in 2004, was featured in a number of high-profile media publications this week, and you quickly learn that this man is way more than just a skater (which many already know), as well as learning about the horrific injury he’s overcome. This, from an interview with Rolling Stone, is incredible:

You suffered and overcame a career-ending condition where your femur bone was fused into your hip. Can you describe your injury and what you did to recover?
I was doing a halfcab kickflip underflip, going at a good speed and I landed badly, ending up in the splits and tearing something in my hip. The scar tissue that developed as a result locked it down – I was cinched in. The bone would pull into my hip and grind, bone on bone, until eventually, calcification occurred, welding them together. I couldn't walk for any distance and skating seemed to be over.

After much deliberation, with doctors doubtful of my recovery, I engaged in medieval ways to break apart the bone fusion – hammering the end of screwdrivers into my flesh, climbing into the wheel well of my car to apply leverage while pulling on the car's frame. After thousands of hours, over years of doing this, I began breaking those dried-gum-like strands of fascia. I would often become overwhelmed, screaming violently in pain, panic-stricken that I was doing more damage than good and I would never be able to skate again. Until one night, hanging from my car, I heard a thump. And when I got up, I realized that I had broken the calcification and my hip joint was mobile again. That was the beginning of what was to come.

He was also interviewed by Esquire and Red Bull (and I’m sure many more). Anyway, just watch this amazing film:

Skateboarding on Glass is a Terrible Idea

The Cost of MotoGP

The rising cost of motorcycle racing, here and abroad, is certainly a topic worthy of discussion. Motocross racing is an expensive endeavor—it always has been—but costs have certainly risen over the years. Bikes, gas, travel, etc. is all very taxing on the family’s bank account. Luckily, we haven’t reached the astronomical costs it takes to go road racing at a high level. In a profile of Australian Jack Miller, who won his first career MotoGP race a few weeks back at Assen, MotoSport Magazine delves into the monetary expenditures it took to get Miller to this point.

The Millers travelled the length and breadth of Europe like gypsies, just as their Aussie forebears had done in the 1950s, 1960s and 1970s. From Spain to Germany and the Czech Republic they learned along the way and made friends at every turn. It was only a matter of time before someone noticed Miller’s talent. That finally happened towards the end of his first season in Europe when a German team asked him to contest the last two rounds of the Spanish CEV (Campionato Espagnolo Velocità) series.

“We had to pay for that, of course. We stayed with the same team for 2011, which cost us around 70,000 Euros [£59,000], doing the CEV and IDM [German championship]. I won the German championship and got a call from the Caretta Technology team to ride the last few 125 GPs of the season.

“That was about 7000 Euros [£5900] a race, which was f***** expensive for the s*** bike we were on. We got conned into going with them the next year, the first year of Moto3. So we signed a deal and we went with the Honda, but then everyone else changed to the FTR chassis. We were promised the world by the team and we paid through the arse; 250,000 Euros (£210,000), which was the biggest waste of money ever. My parents mortgaged the house for that – so I knew that was my one shot. The bike wasn’t what we wanted and my dad was ready to strangle the team owners. It was a shit year and by the end of 2012 I thought it was all over.”

The entire piece from Max Oxley is fascinating and quite eye-opening.

Circuit of Wales in Trouble

The Circuit of Wales suffered another setback this week after the Welsh Government refused a second bid to underwrite the project. The new plan would have seen the Welsh government underwrite 75 percent of the project. According to the BBC, Economy Secretary Ken Stakes said that due to economic uncertainty due to Brexit, it could not back the plans in current form and that it would need to be a 50/50 split. "We need to see at least 50% of this project funded and 50% of the risk underwritten by the private sector to justify value for money for Welsh Government and the public purse," he said. The Circuit is still the rights holder to the British round of MotoGP, after signing a ten-year deal with Dorna in 2014. More from the BBC:

Plaid Cymru's finance and economy spokesman Adam Price asked why negotiations were taking place "with the clock ticking" when the proposal had been on the minister's desk for many weeks.

"Isn't it true that his own government's due diligence shows there is an almost negligible scenario where the guarantee will be called in?

"Because it's a strong project, it's a strong business case, in which case all this is academic and he should get on with the job and actually support this proposal in an area of Wales which is crying out for jobs and leadership."

Earlier, the developers said Blaenau Gwent and Monmouthshire councils were "fully on board" with the plan which would have seen them provide loans of £90m.

A reader sent me this...here's what Lego thinks of moto..ride one, have fun, immediately get airlifted to hospital!! pic.twitter.com/GcSlsFlaV4

Watch Out, Tom, There’s Wires Up There

What an F1 Driver Sees

This is unreal. Its quite obvious Formula One drivers need to have super-human eye reaction times, but how fast are they really? Sky Sports put a pair of Tobii eye-tracking glasses on Force India driver Nico Hülkenberg to find out.

On August 27, off-road truck racer Bryce Menzies will attempt to break the 332 ft. truck jump distance record. The event will air live on Red Bull TV at 3:00 p.m. EST. NBC will air a follow-up the next day detailing the full story behind the feat at 2pm ET. For now, enjoy the trailer.