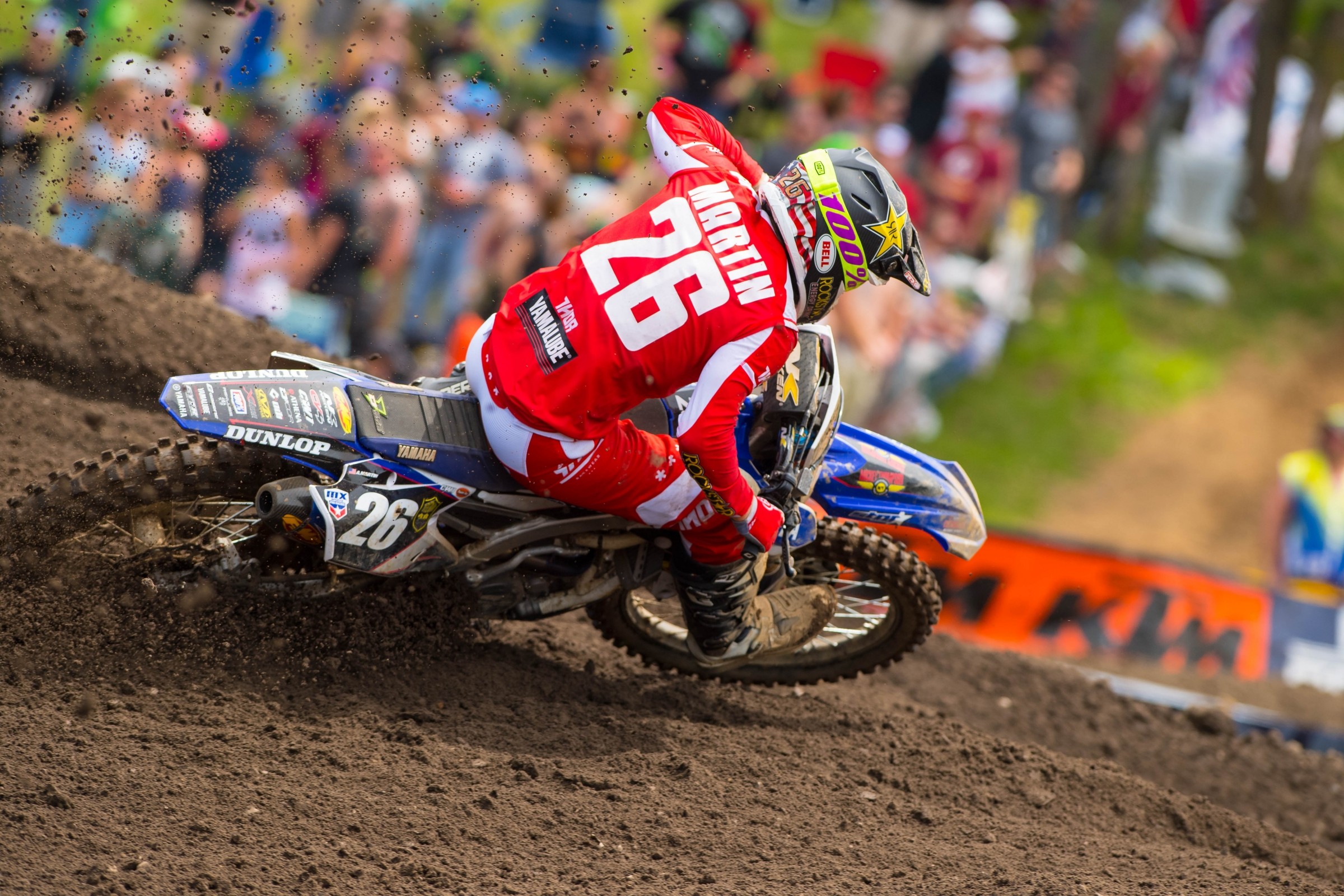 Southwick! It’s been a minute or two since the Lucas Oil Pro Motocross Championship has visited The Wick 338, located just inside the Massachusetts border. This track is absolutely legendary in the Northeast and even a mention of “The ‘Wick” is enough to send a tingle up the spine of every motocross fan with an NESC card. The facility is unique in that it is located right in the midst of small town America. Just outside the facility gates are a high school, baseball fields, and even an AMVETS post where Jason Weigandt and I shared an adult beverage back in 2010. In today’s world where most motocross tracks are as far removed from civilization as possible, this is a reminder that common-folk and dirt bikes can indeed co-exist.

The track itself is an absolute monster. Depending on how it’s prepped or un-prepped, it can be the roughest race of the season. I have seen race day arrive in many different forms as the fundamental approach to track prep has varied widely over the years. In the Steve Whitelock run years of AMA Pro Racing, the Southwick track would be left untouched from the previous weekend’s warm-up race. The first lap of practice would be rougher than most national tracks would ever be after an entire day of racing. It was an interesting change and I can’t honestly answer which made for safer or better racing. The incredibly rough track slowed down the action and the crashes tended to be less violent but having such a rough track also raised the odds for those crashes. The smooth tracks of today increase the speeds, making crashes a bit more intense but also riders are less likely to crash. Quite the dilemma, right? Regardless of which is deemed better or worse, today’s approach is to start smooth and let the track become rough as the day progresses. I think it’s somewhat mandatory with the timed qualifying system we have in place. Having riders pushing far past their limit on such a rough track would be asking for disaster. Don’t let the “smooth” track talk fool you, though, as there will be nothing smooth about Southwick on Saturday evening.

Many people have commented this week that Southwick poses the best chance for Eli Tomac to finally take a win away from Ken Roczen. I don’t know if I can buy into that, however. Roczen is no stranger to the sand, posting impressive rides time and time again in his MXGP era. Racing in Europe forces riders to become masters of the sand, partly because there are so many sand tracks on the circuit but more because of the horrific winter weather. Snow and rain leave the hard-packed tracks flooded and frozen, with sand the only option. Kenny has seen more than his share of sand and will be ready for battle on Saturday.

The Southwick fans are quite possibly where the term fan was derived from fanatic. They absolutely adore their hometown heroes and those heroes show up in force for their hometown race. The Southwick course, in its heyday, was raced sixteen times per NESC season, making it a hub for their whole racing year. The local fans know every bump, berm, and whooped-out straightaway on the course and will be screaming their heads off in support of the pro’s that grew up alongside them. Riders like Jimmy Decotis, Robby Marshall, and Mike Sottile are some of the names to watch for on Saturday. Sottile was a bullet in 2011, setting the fastest qualifying time of the day. Marching up to the starting line with the likes of Ryan Villopoto and Ryan Dungey in tow had to be surreal for the Southwick local hero. For those racers who have ever raced the national at Southwick, they can recall the hundreds of fans chanting the names of the local riders before the start of the first moto. Echoes of “Dowdy” and “Henry” could be heard all across the Southwick facility and I can’t help but wonder if on the quietest nights, a faint whisper of yesterday’s heroes can still be heard on the winter wind.

Broc Tickle is riding a back-to-back podium streak and looked great doing it. I wouldn’t expect much different this weekend in Southwick.

Cooper Webb has taken control of this 250 class and somehow run off to a 11 point lead. His intensity and tenacity late in the moto’s is proving tough to match.

Zach Osborne was arguably the fastest rider on the track last weekend. His starts are overshadowing his riding but he is still a threat to win every moto.

Eli Tomac may not be fulfilling his expectations but he is clearly the second best rider behind Kenny right now. He has been the only one who can even challenge for a moto win.

Aaron Plessinger was a favorite to challenge for this title but things haven’t gone smoothly. He’s had flashes of brilliance but it just seems tough to put the whole package together on a weekly basis. He didn’t catch fire until the end of 2015 so maybe he can find that magic again as we approach those same tracks.

Jeremy Martin finds himself losing more and more points in the championship that he has owned the last two seasons. Something is clearly amiss with J-Mart this summer and it’s getting late if he wants to make a charge back towards Webb.

Justin Bogle’s starts are impressive. That’s been the highlight of the past few weekends for him but these summers seem to go that way at times. Keeping the right attitude and staying optimistic go a long way in breaking out of a slump.

Ryan Dungey continues to recover from a horrific gripper seat chafing injury during his shoot with ESPN and their Body Issue.

The Martin brothers go 1-2 at Southwick.

Jimmy Decotis makes his return to racing, much to the delight of the hometown crowd. Jimmy D scores a top ten overall and is carried home on the shoulders of 10,000 fans like Rudy.

Jason Weigandt, lost in one of Grant Langston’s infamous tales, once again misses the start of the moto much to the delight of Steve Matthes and myself. Rooned.