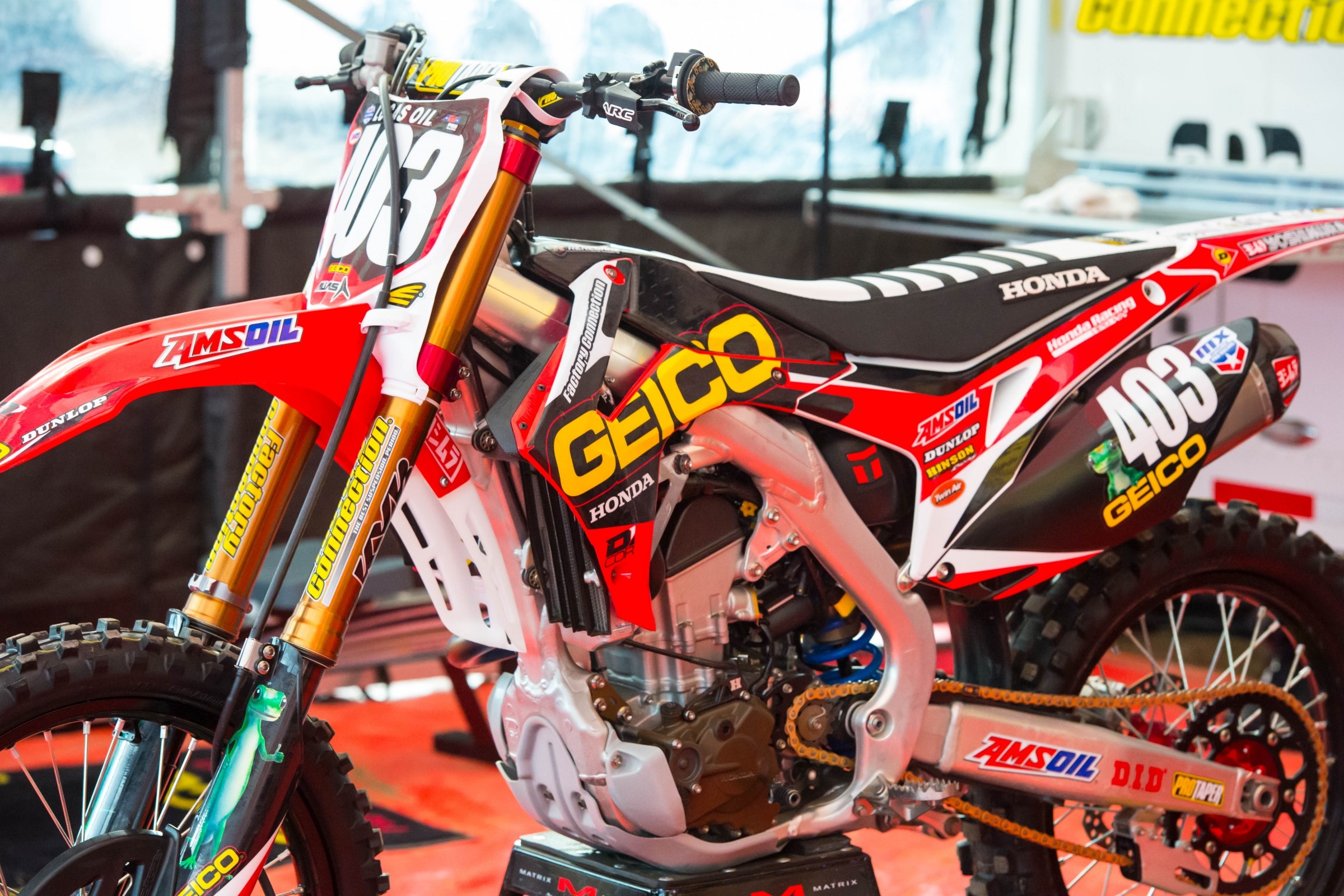 Trey Canard – Back
Comment: Canard crashed while practicing at his track in Oklahoma and now has a bulging disc. The team is hopeful he’ll be back for Millville.

Josh Grant – Ankles
Comment: Grant underwent surgery on both ankles and will miss the rest of Lucas Oil Pro Motocross.

Adam Enticknap – Femur
Comment: Enticknap broke his femur during supercross. He hopes to return to racing at Washougal.

Tommy Hahn – Ankle
Comment: An ankle originally injured in supercross will keep Hahn on the sidelines for the rest of Lucas Oil Pro Motocross.

Cole Seely – Finger
Comment: Seely hit a rock with his pinky finger while practicing and will miss Southwick. The team says a timetable on his return will be clearer next week.

James Stewart – Shoulder
Comment: Stewart crashed during the first moto at Hangtown and popped his shoulder out of joint. He’s also been at home waiting on the birth of his first child. There is no official word from the team on his status for the weekend at this time.

Dean Wilson – Knee
Comment: Wilson is back on the bike after tearing his ACL and meniscus during supercross. He might be back for Millville.

Zach Bell – Collarbone and Infection
Comment: Bell had two surgeries to fix a broken collarbone and subsequent infection. The infection is gone but the bone isn’t 100 percent healed. He’s out for all of Lucas Oil Pro Motocross.

Tristan Charboneau – Collarbone
Comment: Charboneau broke his collarbone at Glen Helen. He had surgery and hopes to be back for Millville.

Christian Craig – Leg
Comment: Craig got together with Jordon Smith at Glen Helen and broke his tibia and fibula. He underwent surgery and hopes to be able to race the last couple Nationals if he’s 100 percent.

Justin Hill – Back
Comment: Hill injured his back several weeks ago but is back on the bike. He’s shooting to return at either Millville or Washougal.

Michael Leib – Foot/Ankle
Comment: Mid-season during supercross, Leib discovered he’d broken his talus and navicular in January. According to his Instagram page, Leib underwent surgery last week. He wrote: "I've got a long road ahead, but I can't wait to be able to walk normal, be normal and not be in pain 24/7."

Jessy Nelson – MCL/Bone Bruise
Comment: Nelson crashed at Thunder Valley and suffered a grade two sprain of his MCL and a bruised femur. The team told us he will try to ride at the end of this week.

Jordon Smith -- Shoulder
Comment: This just in, Smith is a late scratch for Southwick after hurting his shoulder this week. The GEICO Honda team says the injury isn't too bad and he could be back shortly, but he's definitely out for this weekend.