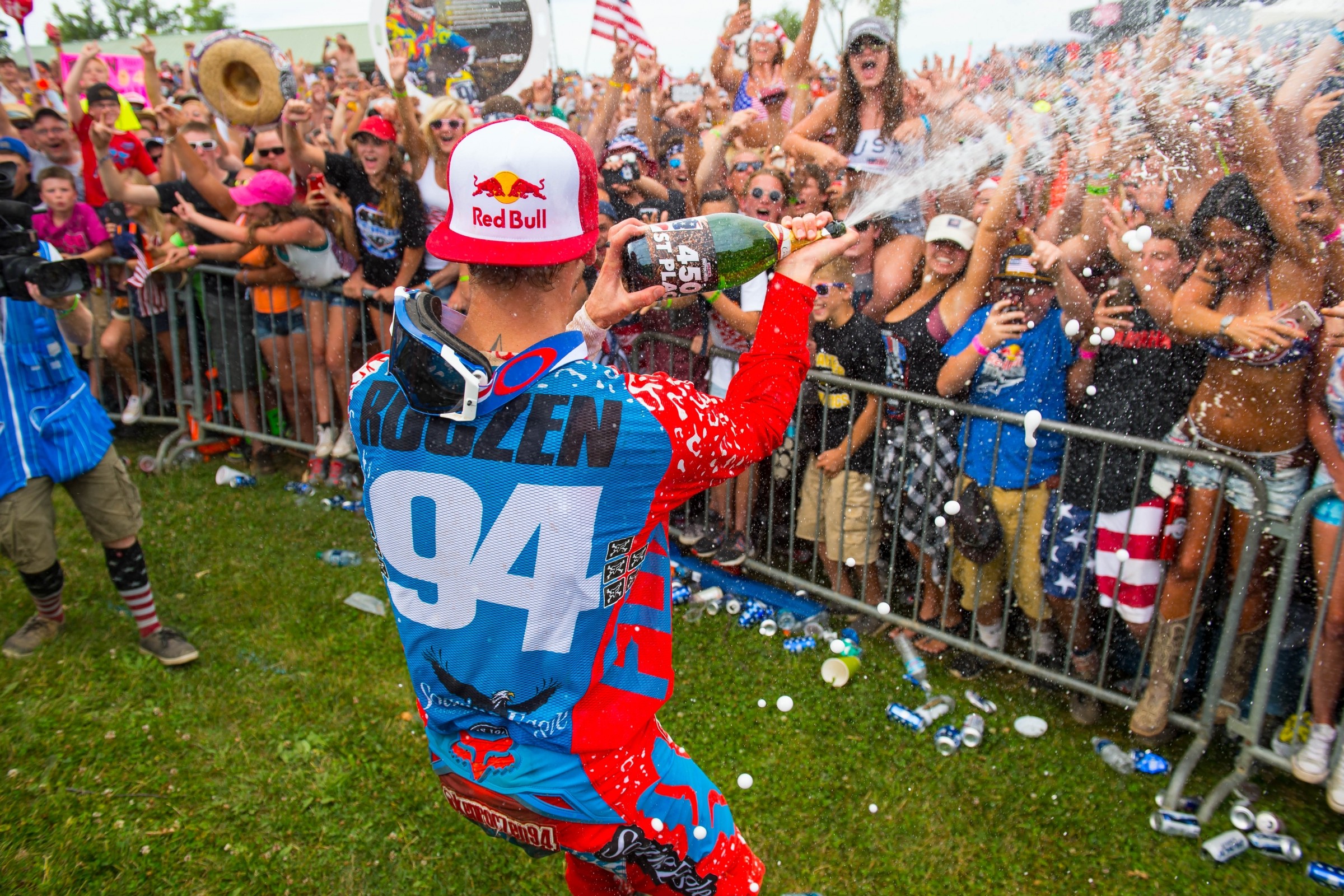 Breakdown The Art of Easy

Ken Roczen is in his happy place. Sure, being fifty-three points ahead of the field in the 450 class of the Lucas Oil Pro Motocross Championship would have most people in a happy place. For Kenny, it’s more than that, though. He is winning anything and everything and last weekend made it look easy. That’s the scary part for the rest of the healthy racing world, namely Eli Tomac. I truly think that last weekend’s win was easy for ze German. Here’s why.

See, Kenny isn’t a rider that is willing to ride out of his comfort zone. He finds his limit and stays there. Luckily, his limit is often times better than anyone else in the motocross world. He doesn’t ever cross into that dangerous realm where he has to take big risks or upping the odds for an injury. This is something I can relate to in my own way. In my humble career, I had trouble pushing my limits and if things weren’t clicking just perfectly, my results suffered. I had to feel comfy with the pace I was riding and also hope that it was good enough to satisfy my own expectations. Many times that pace wasn’t good enough. I can remember countless nights of frustration with my inability to push past my perceived ceiling. Giving all you have sounds great on a bumper sticker, but when it’s not good enough to be deemed a success, it doesn’t seem all that great in the moment. The upside of my approach was that I rarely put myself into situations that resulted in trips to a hospital. I was able to string seasons together and while the results may have not always been stellar, I was still able to line up the each and every weekend, year after year.

On a grander scale, I view Kenny in the same way. Of course, he is performing on a much higher plane than I was. But, the concept is much the same. Kenny is going to go as fast as he feels is sustainable and hope that’s good enough to win. He isn’t going to miss time due to injury or throw away results by pushing the edge. Whether he is winning like last Saturday or unable to match Ryan Dungey like last summer, he’s going to approach racing in the same manner. Come in as prepared as you can be, perform at your peak, and hope it’s good enough to stand on the top step of the podium. Don’t make the big mistake that befell James Stewart in 2007 and Eli Tomac in 2015.

“You have to be in it to win it,” may be an overused cliché but it rings true in this case. There was no doubt of whether James or Eli was the fastest rider in those ill-fated seasons. There is also no doubt whether Grant Langston or Ryan Dungey (the champions in those seasons) care even a little bit about that footnote. It’s all about the championship, regardless of how it’s won.

Now, what does all of this mean? To me, the most impressive part of Kenny’s 2016 outdoor campaign has been in the “how” it has unfolded. It just hasn’t looked all that tough for him thus far. Even at Muddy Creek, when he voiced how much he was struggling, he was able to put together a perfect score. That was really the only weekend of the season that I have seen him in any sort of discomfort. He can start first or tenth and maneuver to the lead seemingly at will. He can blitz to the lead on the first lap or he can “sit” on Ryan Dungey’s rear wheel for twenty minutes before making his decisive break. When a racer has the ability to manipulate the outcome with that much versatility, the outlook is bleak for everyone else. The results are incredible, for sure, but the relative ease with which it has come is far more telling.

Sublime once sang that it’s “Summertime and the living’s easy”. It seems nothing could be more true right now for Kenny Roczen. To win and win easily, indeed, must be sublime.