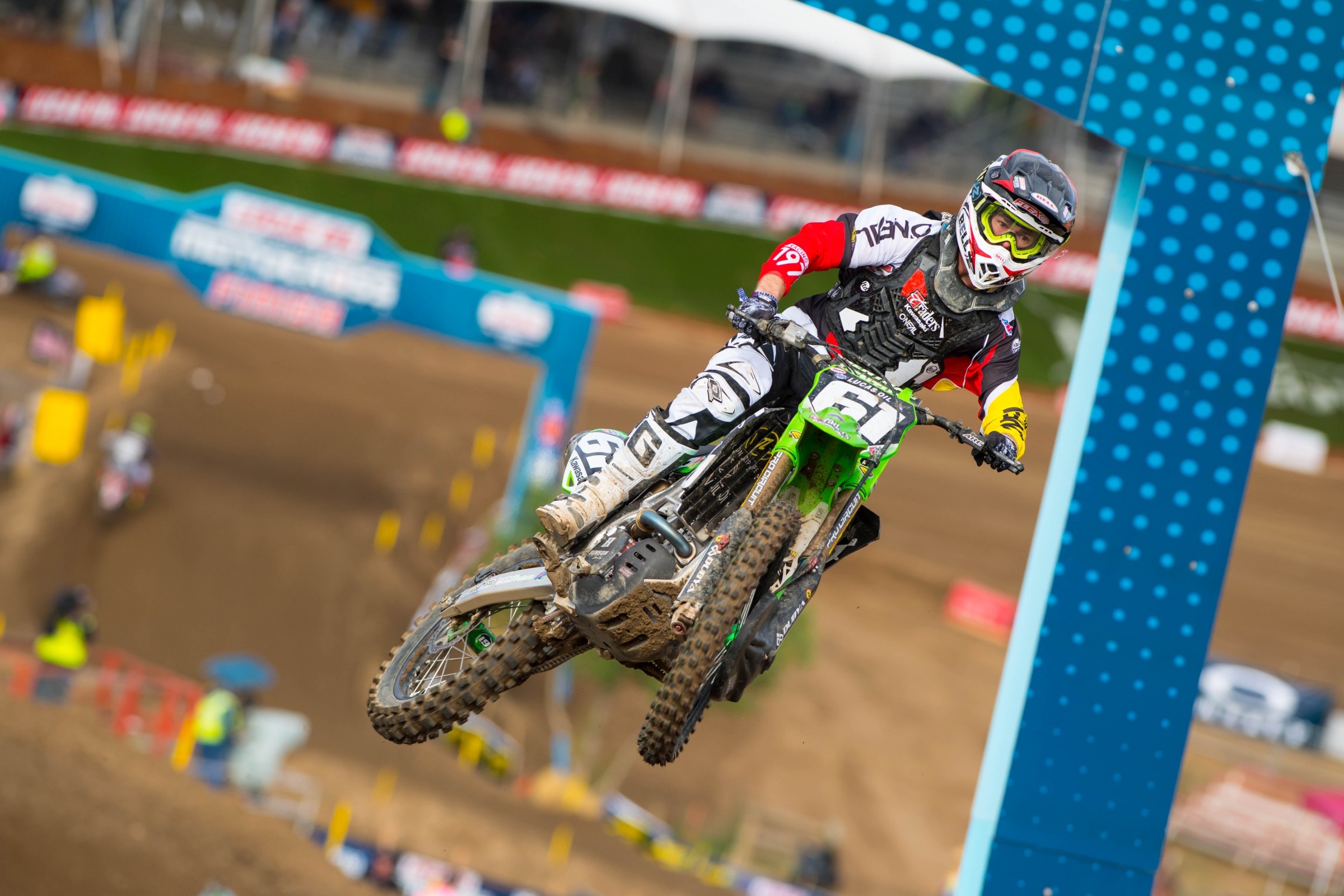 Blake Baggett – Collarbone
Comment: Baggett crashed during the second moto at Hangtown and broke his collarbone. Baggett, who apparently has nerves of titanium and more tenacity than Forest Gump, still remounted and finished the moto. He had surgery on Monday morning and his team says although he’d like to race Glen Helen, the current plan is for him to return at High Point.

Update: Baggett will try and ride practice and see how he feels.

Adam Enticknap – Femur
Comment: Enticknap broke his femur early in the year. He’s looking forward to getting back on the bike this week.

James Stewart – Ankle, Back
Comment: Stewart crashed during the first moto at Hangtown and popped his shoulder out of joint. He’s day to day on whether or not he’ll race at Glen Helen.

update: Stewart will try and ride practice and see how he feels.

Ronnie Stewart – Shoulder, Lung
Comment: Stewart crashed at the opener and sustained a displaced right clavicle and a punctured lung. The team hopes he can return at Thunder Valley.

Dean Wilson – Knee
Comment: Wilson, who hopes to line up halfway through the Nationals, crashed early in the supercross season and tore his ACL and meniscus, and sprained his MCL. He had surgery, then another surgery when signs of infection were discovered.

Gannon Audette – Concussion
Comment: Audette had a big crash at Hangtown and will miss Glen Helen. At this point he’s not sure whether or not he’ll be able to return for Thunder Valley.

Zach Bell – Collarbone and Infection
Comment: Bell’s recovery was set way back when he contracted a bacterial infection and was forced to undergo a second surgery. He announced on Instagram recently the infection is completely gone, but his bone is only 50 percent healed. He’s out for all of Lucas Oil Pro Motocross. If you’d like to help Bell financially, please go here.

Michael Leib – Foot/Ankle
Comment: In midseason supercross Leib discovered he’d broken his talus and navicular in January. He’ll undergo surgery to have the bones fused in the hopes of making it back for the last few Nationals with Canvas MX.

Kyle Peters – Shoulder
Comment: Peters crashed in the second moto at Hangtown and suffered an AC separation. Surprisingly he’s still planning on racing at Glen Helen, partly because he’s tougher than an advanced calculus exam and also because he’s only contracted with RIDE365.com/Honda for the first three rounds and is trying to earn a ride.