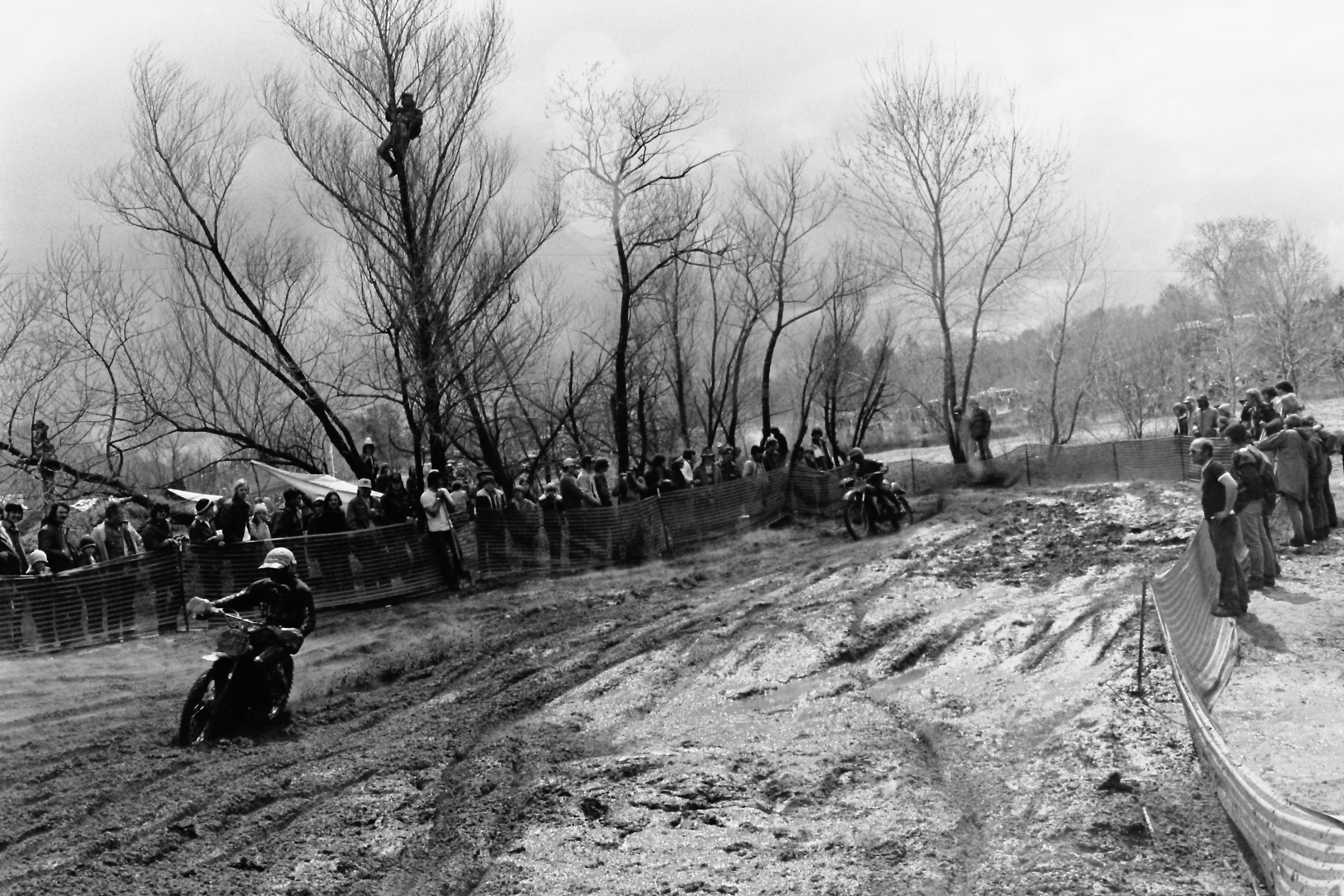 Motocross changes…but motocross doesn’t. One of the coolest things about the Lucas Oil Pro Motocross Championship is that many of the tracks have been around since the earliest days of the sport, which means you can find today’s superstars and modern equipment attacking the same sections that challenged the heroes of yesteryear. Well, you can if you find the right footage.

The week, we’ve done a deep dive through YouTube (and our own site) to find the oldest-school videos out there from each track. Just to satisfy you older folk, we’ve even gone beyond the nationals to the old Trans-AMAs races at some of the more legendary tracks. Now that’s old school!

It’s been said of Hangtown: Motocross Starts Here. It’s one of the oldest tracks in the country and quite often the opening round of the season. But historians love to point out that old-school Hangtown was in a different place than the current track in Rancho Cordova, California. Here’s some mud footage from the original Plymouth, California track in 1975.

As for the current Hangtown track at the Prairie City SVRA, here are some highlights from MotoWorld (!) hosted by Art Eckman (!) and run down by Larry Maiers (!). They’re from 1990 and Jeff Ward just owns the place.

A new national in Southern California and a track designed by Roger DeCoster. What’s not to love? Well, this race was the beginning and end of the controversial one-moto format, which was supposed to be easier for fans to understand watching TV. Here’s 1993 125 National footage hosted by Larry Maiers and Jim Holley.

Still not old enough? Colorado historians remember Lakewood hosting AMA Nationals back in the 1980s. Here’s some raw footage we found from 1985. Yes, they’ve figured out how to reduce the dust since those days.

Off cambers just get better with age. Here’s footage from High Point in 1977, the first year of its National. The winner was Tony Distefano, the crowd favorite from Pennsylvania. Also, he somehow fell right into the Rocky Balboa hysteria of the time as the underdog guy from the Keystone State. Look closely all you’ll recognize some of the same ups, downs and off-cambers as today.

This track has been around forever but it only joined the National schedule in 2013. Have a look at our own Racer X Remastered from then.

We found 1978 Red Bud footage courtesy of our own Scott Wallenberg! This is a Trans-AMA race instead of an AMA National. Footage is a little rough but you’ll recognize the turns that connect the finish to the first turn and then off to the ski jump.

For an actual RedBud National with sound, here's 1992. This race actually proved pivotal as Damon Bradshaw crashed and tore his ACL while leading the first 250 moto; he'd blow his 250 Supercross title hopes a few weeks later, but refused to use the knee as an excuse. It's also funny to see Mike LaRocco making passes on what's now called LaRocco's Leap, but it's not yet called LaRocco's Leap!

The spirit of ’76! This is the first Southwick National, and you’ll recognize that first turn and straightaway immediately. They probably don’t park helicopters right off to the side of the track anymore, though. Pierre Karsmakers won this on a Yamaha. You’ll also see some Bob Hannah charges in here on a Yamaha.

This track joined the schedule in 1983, and we found footage of it via this season highlight package (which is pretty awesome). The video is mostly Bob Hannah versus David Bailey in the 250 Nationals. The Millville stuff starts at 22:00 but you’ll want to watch this whole thing.

This National started in 1980 but the earliest we've found is highlights from 1984, which includes a title battle between Ron Lechien and Rick Johnson, and also "perhaps the biggest pit board we've ever seen in the sport." If anyone knows where to find something from 1980, let us know!

It goes without saying that Unadilla goes way back, but the earliest we found is the 1976 Trans-AMA there. This was in the heyday of that series, and also the culmination of the rising tide of U.S. talent taking on the dominant Europeans. Bob Hannah was coming of age, but Roger DeCoster was still going strong. DeCoster won this race and you’ll see him on the #104 Suzuki. The coolest thing? Screw-U looks exactly the same as it does now, forty years later!

This track joined the circuit in 1989 but we couldn’t find footage from that, so here is 1990. Budds has changed its starting line location a lot over the years but you’ll recognize plenty of the turns and hills. It’s also cool that this is a 500 National, with Jeff Ward, Jeff Stanton and Rick Johnson battling. When men were men!

The Indiana Nationals debuted in 2014, and it was a mud fest.