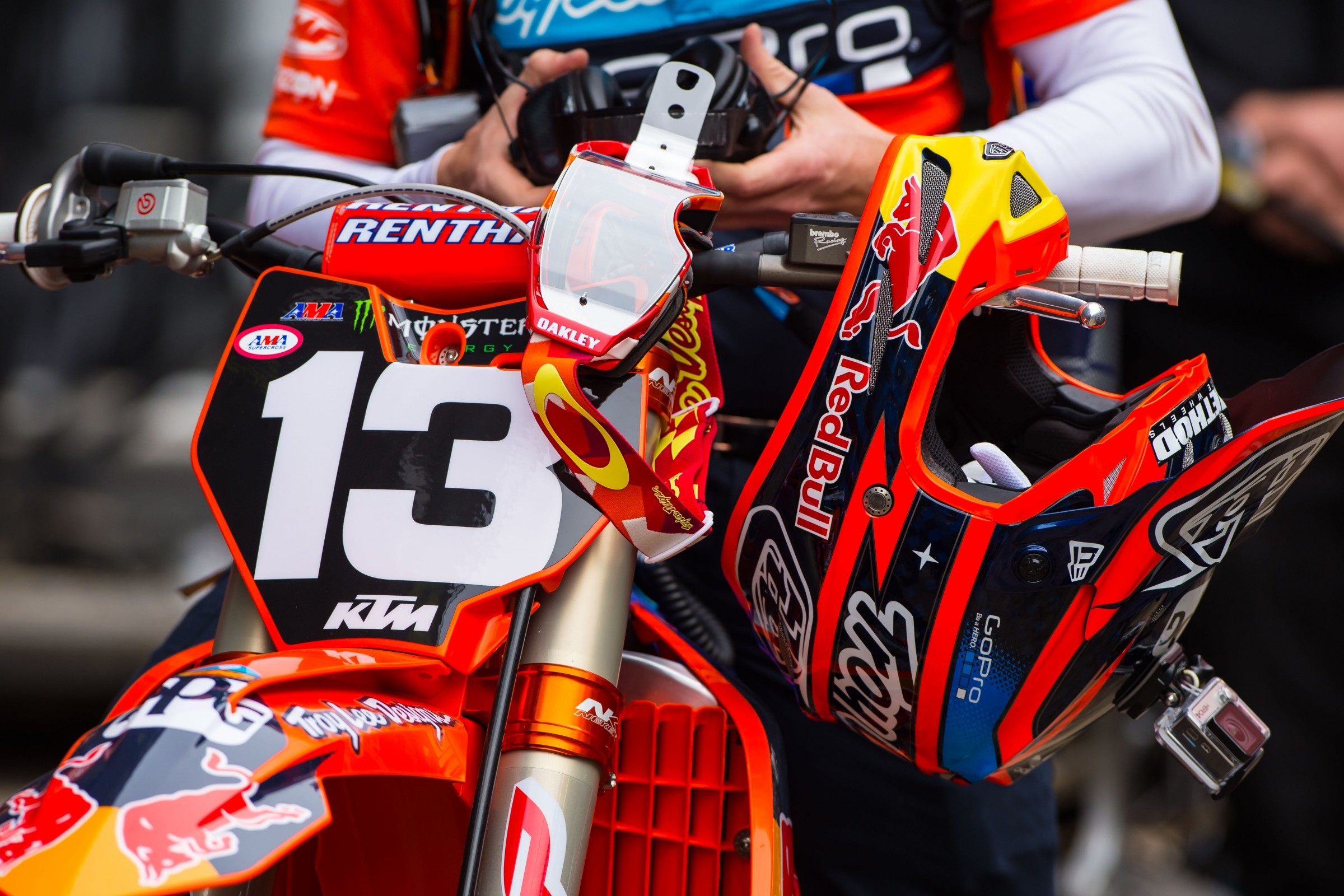 Monster Energy Supercross just concluded, ushering in a flurry of changes for the 250 class. We’ve got riders returning from injury, riders getting injured, rookies making their debut and a whole bunch of other news.

Here we’ve listed each rider with a significant status change as Lucas Oil Pro Motocross begins. Read this so you know what’s up at Hangtown.

Tristan Charboneau – Charboneau, a two-time AMA Amateur National Motocross Champion at Loretta Lynn’s, will make his professional debut in the 250MX class at Hangtown. He moved to California this year to train and ride with his pro teammates, and the team is impressed with his gains in speed and stamina.

Jimmy Decotis – Brought on to fill-in for the injured RJ Hampshire (who ended up racing) in Monster Energy Supercross, Decotis wasn’t expected to race outdoors. He’s getting arm pump surgery right now, but depending on his recovery he might show up for a few races. Southwick, anyone?

Malcolm Stewart – The big news dropped yesterday: Malcolm will forgo a season on a 250 in Lucas Oil Pro Motocross to concentrate on his 450 debut in 2017. “Now that I have won my first 250 SX championship, I know first hand just how much work it takes to become a champion," said Stewart in a team statement. "So as I move full time to the 450 class for 2017 I know it will take twice as much work and preparation. Not riding the outdoors this year will leave me plenty of time to prepare for my 450 SX and MX pro debut.”

Justin Hill – Hill returns after missing the last six rounds of the 250SX East Region due to a concussion sustained in Detroit.

Jessy Nelson – Nelson is back after missing all but one round of supercross after suffering a small crack on the wings of a vertebrae during a testing session.

Mitchell Oldenburg – At this time, Oldenburg is only scheduled to race the first few rounds with the team. He had a similar deal last year and ended up staying on all summer. He’ll also stick around if another team rider gets injured.

Cooper Webb – The two-time 250SX West Region Champion broke his navicular three weeks prior to Las Vegas. He hasn’t made an announcement on his plans for Lucas Oil Pro Motocross.

Chris Alldredge – The Oregon native will miss at least four to six weeks as he recovers from a fractured pelvis sustained in the 250SX main event in Las Vegas.

Tyler Bowers – We’re still waiting for official word from Kawasaki, but Bowers indicated last night on DMXS Radio that the team is going to sit him out for the nationals.

Adam Cianciarulo – Cianciarulo returns to the team after missing all of Monster Energy Supercross with a broken wrist.

Arnaud Tonus – The former MX2 rider returns after missing the last five rounds of the 250SX East Region with a shoulder injury.

Nick Gaines – Gaines is still recovering from a broken femur sustained this off-season. The hope is to return no later than High Point.

Justin Starling – Starling was signed to a supercross only contract and will not race the nationals with the team.

Luke Clout – The Australian, who signed a two-year deal with the team earlier this year, makes his return at Hangtown from a broken femur sustained in Oakland.

Josh Osby – Osby was supposed to make his pro debut in 250SX East Region but was injured. He will return for the nationals.

Mark Worth – In April, the team and Worth parted ways so that he could return to amateur racing this year. Worth sustained a dislocated and fractured elbow, and a dislocated hip at the season opener in practice.

The team of Kyle Peters and Chase Marquier are only scheduled to race the first few rounds at this time.

Michael Leib – Leib will undergo surgery on an injured ankle and miss the remainder of the season. Although nothing is official at this time, rumor is Ben LaMay will fill-in and ride a 450.