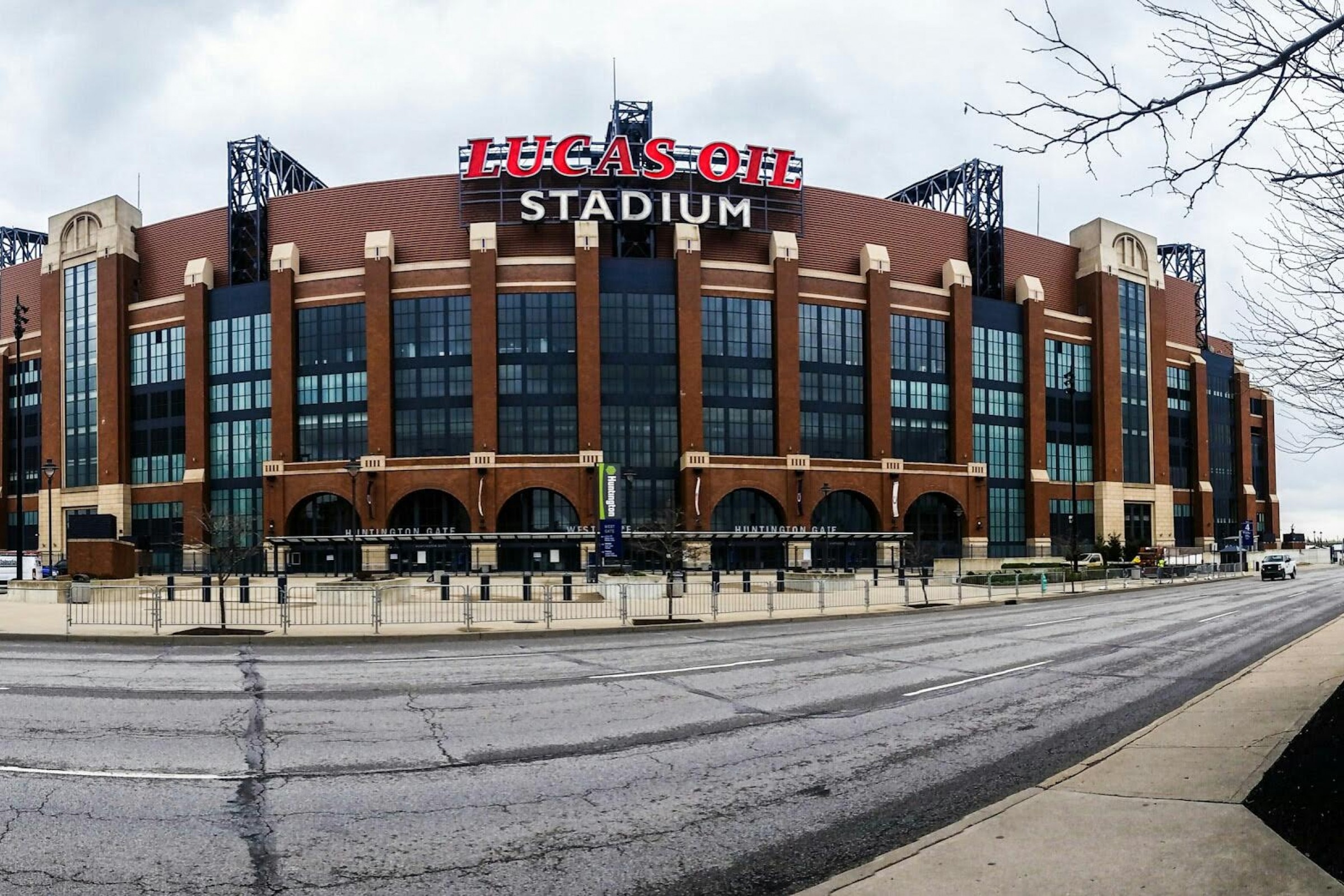 Lucas Oil Stadium hosts the Indianapolis round of the Monster Energy Supercross this weekend. Indy has undergone a nice transformation in recent years. Once an industrial downtown area on the decline, city leaders pumped money into new projects and completely changed the landscape. New public areas along with upscale restaurants and businesses emerged and made downtown Indianapolis a great place to visit. The old RCA Dome was replaced by Lucas Oil Stadium and Indy’s race date has moved to April, opening the door for the Pit Party for the fans. Inclement weather usually precluded any outside activity but holding the event two months later has worked wonders for the overall fan experience. This year’s weather is looking to be a bit dreary but it beats the snow and ice of February.

The track is somewhat unique and we know by now that I like the variation. The start is long and sweeps into a 180-degree left turn. That’s the ideal start layout in my opinion. The long start gives riders a chance to separate and find some room to maneuver. The long turn allows for riders to run it in deep without being blown off the track, a la Justin Brayton in Santa Clara. And lastly, the first turn should always be to the left, just like this.

There is a rhythm section just after the start and while some criticize this specific design aspect, I don’t think it’s any more dangerous than other options. Looking on paper, I envision the riders hopping to the downside of the first tabletop and then going triple-triple into the berm. There aren’t many faster ways to navigate a section than 3-3-3. Following that section is the whoops and I don’t think these will be that tough. There is a break in the middle of them which always allows riders to regroup and also slows the section down. It’s a bummer for passing as the longer whoops seem to facilitate great racing. There is another 180-degree turn following the whoops (always good) that leads to a tricky dragon’s back section and then the finish line jump.

After crossing back over the start, there is a nice rhythm lane that should present some options. It’s tough to say what the fast line will be on the diagram but if someone could execute a 3-4-3, that looks to be the fastest choice. The standard supercross triple follows that and then it’s back into the first turn we go. Overall, I think the lap times will be very short but there are several 180-degree turns so I am going to call it a wash.

Yep, you guessed it: Ryan Dungey leads the pack with another win and a 42-point lead. He is en route to another supercross championship and at this point the only question is when will he clinch it.

Ken Roczen was right on Dungey’s rear wheel and looked much better than we saw him at Detroit. I thought he was going to make a move on Dungey a few times but could never seem to find an angle. Their pace was incredibly high and they showed why they are the top two in points.

Malcolm Stewart is coming off a win and will be sporting a brand new red plate this weekend. He has to be at an all time high confidence-wise and that could be bad news for everyone else.

Gannon Audette joined the Monster Energy/Pro Circuit Kawasaki squad in the absence of Arnaud Tonus. Audette has ridden well all season and the factory equipment could vault him into top five contention.

Justin Hill entered Detroit with the red plate and was booming with confidence after his commanding win in Toronto. That was all short-lived, however, as a big crash in practice left him sidelined for the night’s festivities. He needs to avoid any mistakes down the stretch if he wants back in this title chase.

James Stewart made his comeback at Santa Clara. After looking good in his heat race, he suffered a mechanical failure in the main event. Nothing seems to work for Stew regardless of how hard he tries.

Marvin Musquin had a big get-off in practice last weekend, leaving him bruised and sore for the race later that night. After several podium finishes in a row, Marvin wasn’t able to muster up the strength to contend in Santa Clara. If his wrist is still not at 100 percent, it could be another long night for the 25.

Justin Barcia returned from injury and promptly had a big crash in the exact same spot as Marvin Musquin. He didn’t look all that great during the races and surely will be hoping to improve at Indy.

Eli Tomac flies to Sacramento on Friday, missing the Indianapolis round. When Monster Kawasaki team members call him to let him know that Hangtown isn’t till May 21, Eli says, “I’ll just wait here.”

Chad Reed lands back on the podium.