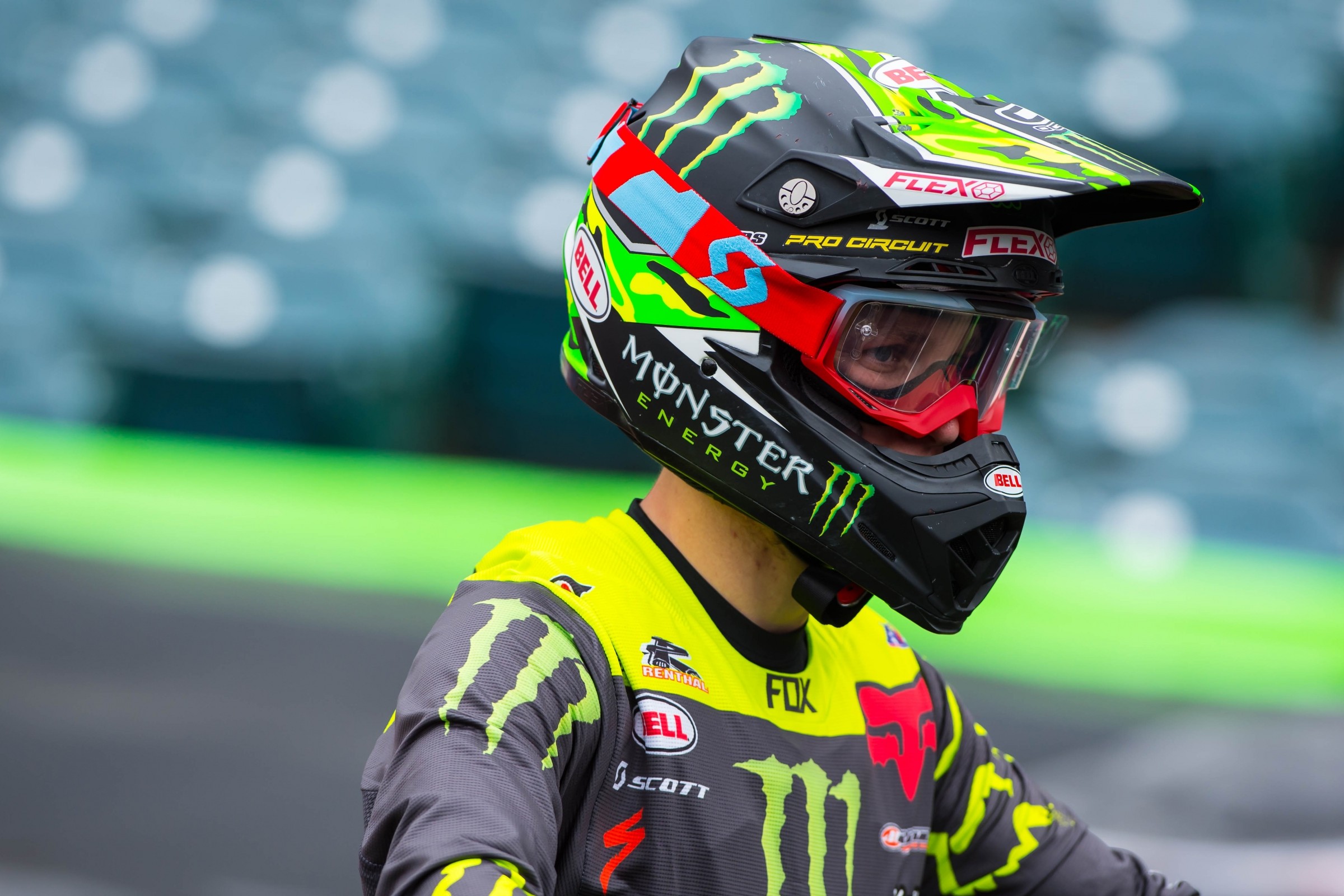 1. Any residual heat left from Savatgy and Craig?

Jason Thomas: That will be interesting to see. I think to start the day everything will be fine. Both of them will be there trying to win the race. Savatgy will be worried about trying to gain back valuable points on Cooper Webb more than carrying on with Christian Craig. The key variable here is that all of this is a powder keg. Tensions will be high and one small incident—block pass, or even a dirty look—could incite a whole mess of drama on the race track. Going in I think it will be business as usual but even an accidental move could bring all of that emotion right back to the forefront.

Jason Weigandt: Nah. That was a while ago and those two have too much on the line otherwise, as they're both still in the title hunt and need to race forward. Now, if one of them pulls an aggro move on the other, I could see things escalating quickly, but I don't expect to see Savatgy dive-bombing Craig at any point purely to get revenge for the Arlington incident. His number-one mission is to catch Cooper Webb, and that is all.

Chase Stallo: I would hope not. That’s a long time to stew over something, taking your focus away from the task at hand—the championship, which both are still in. If they raced the following weekend after Arlington, then sure, I could see some testy stuff going on, but they’ve been off for more than a month—plenty of time to let bygones be bygones.

2. Is Cooper Webb back in control of this thing or can it tighten back up?

Thomas: This weekend will be critical for answering that. Leaving Santa Clara, there will only be Vegas left on the schedule for the West Region and if Webb adds to his cushion, there won't be much hope for Savatgy. However, if Savatgy can cut down the lead into the single digits, then it raises the level of uncertainty. With the combination of East and West riders in Vegas, the chance of a big points swing is much higher. An eight-point lead with just the West riders would seem unlikely to bridge but combining both coasts makes nearly anything possible.

Weigandt: I don't think he will be back at the domination level he was on at the first few races. Savatgy and Craig improved a lot through the first six rounds, then got their first wins and that's helped them build confidence. They have no fear of Webb, that's for sure. I don't think these races will be a walk in the park for Webb, but I do still consider him the favorite when these guys line up, and he has an eleven-point lead already. It will take one more mistake to make this thing tighten up again, but for now Cooper is more than fine.

Stallo: Can I answer yes to both? Well, I’m going to. Yes, I do think he’s in control of the championship. He’s only finished outside the top two once, and that was due to a bike malfunction while en route to a win. BUT, the 250 regional series’ have been super wacky this year, so until he takes checkers in Vegas, Savatgy and Craig are still in this. I know that didn’t really answer the question, but that’s all I got.

3. The Las Vegas Shootout will feature East and West riders racing together and stealing points from each other. Does that change the strategy for some of these riders? (I.E. Will Webb need a bigger points lead to feel safe?)

Thomas: Well, I messed up and answered some of this in #2. But yes, I do think it does change the scenario. I don't think it will change the strategy too much as riders will be trying to do well in any case but if Webb got a horrific start or had a first turn crash, it could definitely raise the urgency level. He won't be able to blow into the top ten as easily as he would with only the West riders, meaning he will have to really push the envelope if Savatgy gets out front. It will be a fluid situation during the main events, meaning that team managers, mechanics and the riders will all have to stay keenly aware of where their competitors are and how the points are evolving.

Weigandt: Absolutely. But listen, the chances that everything would break just right for someone are slim. For example, Savatgy nailing the start and checking out while Webb is in the back and everyone else on the track is still trying hard and holding him off. That's a perfect storm and I wouldn't forecast such a thing. Don't forget that a lot of riders are on cruise control at Vegas just trying to stay safe for outdoors, even if points are on the line. Would Webb really not be able to come through with his championship life depending on it? I doubt it. But at the very least, the East/West Shootout/Finale combo at least gives guys further back in points a better chance, and that alone could make someone nervous.

Stallo: Uhhh, hell yeah. Look, there is a boatload of talent in the East Region—Malcolm Stewart, Jeremy Martin, Davalos, Plessinger, Hill, etc.—that could easily steal points away from Webb or Savatgy or Craig. If I’m Webb, I’m not sitting on an eleven-point lead this weekend; I’m going for a W. (Yes, I know he’s always trying to win. You get the point.)