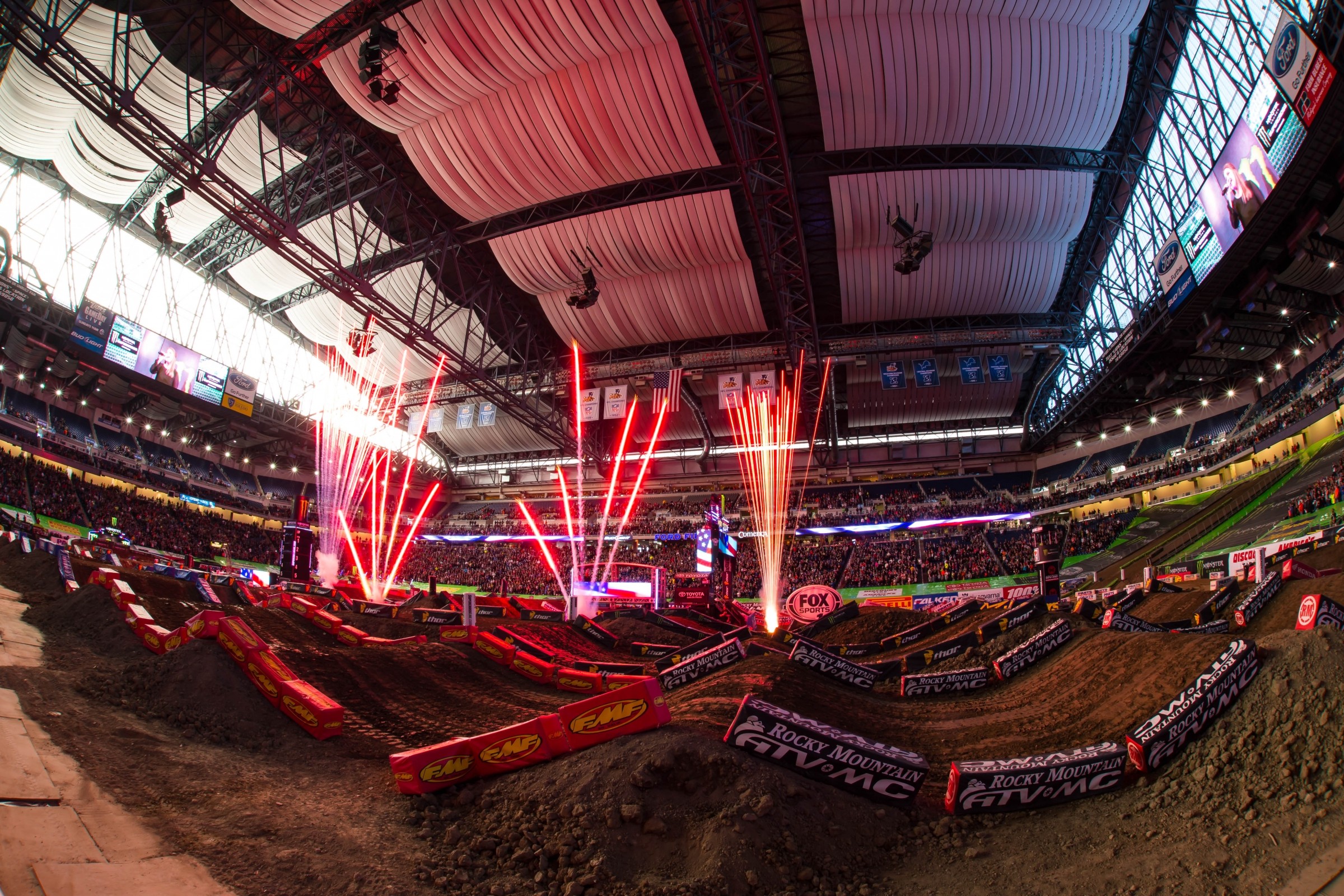 Detroit. I am torn on this race. On one hand, the stadium is great and modern. The dirt is usually above average and I had good results here in my own racing career. Staying downtown makes life easy and commutes are virtually nil. On the other hand, Detroit’s downtown area has really gone downhill in the last fifteen years. The public fled en masse and left what could only be described as a post-apocalyptic scene from a futuristic movie plot. There are neighborhoods that have been completely deserted and if you compared a picture of Chernobyl to some areas of Detroit, I doubt you could tell a difference. That’s not to say all of downtown Detroit has been written off as the casinos attract people from far and wide, along with the Detroit Tigers and Detroit Lions. General Motors’ iconic buildings sit squarely in the middle of downtown, starkly in contrast to the doom and gloom that most of Detroit faces. Between ultra-profitable sports teams, casinos’ frivolous gaming, and GM’s billion dollar revenue, Detroit’s a city of haves and have nots.

The track is usually pretty solid in Detroit. Dirt can make or break a track and the wet winter usually keeps the Detroit traction prime. This year’s rendition features a very long start which I am a fan of. It utilizes the length of the floor and I feel it gives riders some separation and room to maneuver before bottling up at the far end. Sure, higher speeds can lead to nasty crashes but I will take the longer starts every time over the short start variety. Coming out of the first turn, there is a fairly big rhythm section. It’s not clear on the map what the fast line will be and that can be a good thing. When it’s so transparent of what line everyone will default to, that can make for a boring race track. There are two whoop sections in succession that can be a great passing opportunity. It spans the length of the floor just as the start straight does. This gives riders ample time to pull alongside and also gain time. Sections like this would be on every track if I had my choosing. Riders need chances to make passes in normal fashion instead of always resorting to a block pass or making contact. Long whoop sections provide just the opportunity I am speaking about.

The rest of the track is pretty straight forward, but there is the section that goes into the stands, in honor of the old Pontiac, Michigan, supercross. This was a staple of the former Silverdome and it’s a cool variation. There isn’t much in the way of strategy for this section but its different and different is good. At Ford Field, they’ve previously built the turn to mirror what we always saw at the Silverdome, with the turn making a tight 180 at the top. The 2016 version looks to be a longer, more sweeping turn, somewhat similar to that big arch used at the Monster Energy Cup. The change is fairly irrelevant, although it doesn’t bottleneck as easily in this wider version—with the old 180, if a rider tipped over on the inside, there was literally no way to get around. Also, if someone could get a good run coming down the decline, they could force a pass going into the next right hand turn. It hasn’t always gone perfectly, though. (insert video clip of crashes at Pontiac if we can find it).

Can Martin Davalos win this weekend and regain a fighting chance at this title?

Will Justin Hill catch fire now and reel off wins?

Will Chad Reed rebound from his rough weekends in the big D?

Can Ryan Dungey get back to winning after two losses in a row?

Can Ken Roczen bring the same form to Detroit that he showed in Toronto?

Justin Hill won by the biggest margin I have seen in quite a while. Yes, it was also the most chaotic race I have seen in some time and the runner-up Jeremy Martin crashed in the first turn. Hill was on a mission, though, and that marks two weekends in a row that he was the fastest qualifier. He looks great on the track and his confidence is evident to anyone paying attention.

Ken Roczen rode incredibly well to another main event win. He is thirty four points out of the lead and his only focus now should be on winning races. He looked great last weekend and other than his inconsistent starts, has been solid all season. To beat Dungey, though, you have to start up front every single time.

Jeremy Martin took over the red plate in Toronto even with a first turn crash. He has seemingly shaken the errors that plagued his previous supercross seasons and looks poised to take this to Vegas.

Marvin Musquin is easily the most improved rider during this supercross campaign. He was nowhere near 100 percent at the opening rounds and his 15-11 scores at Anaheim and San Diego were proof of that. He is up for the challenge now and has three consecutive podiums to back it up. He will win one of these soon.

The Customs teams in Toronto were red hot this weekend, derailing championship hopes and generally annoying everyone flying in and out. My passport and boarding pass were scanned FIVE TIMES by five different people before I got through security; my laptop was dropped onto the tile floor and I was basically berated by one Canadian security guard. Kudos to Customs and Immigration, they were on fire!

Chad Reed has had two of the worst weekends of his career in a row (barring injury). He never found any rhythm at Daytona and then only made it about 40 yards in the main event of Toronto. He is ok for the most part so hopefully he bounces back on Saturday.

Aaron Plessinger was sick at Daytona but soldiered through for a fifth place finish. In Toronto he crashed on the start of both the heat and the main event, leaving him bruised, battered and now twenty points out of the points lead. His riding is fine but he needs to turn his luck around soon and stay off the ground.

Malcolm Stewart has been riding really well. Unfortunately, he has missed the podium two weekends in a row and sits ten points out of the lead. Daytona’s last few laps went poorly for him and this past weekend he was caught up in the first turn Armageddon. He is more than capable of winning and needs to ASAP.

Steve Matthes skips Detroit in order to avoid the wrath of Martin Davalos.