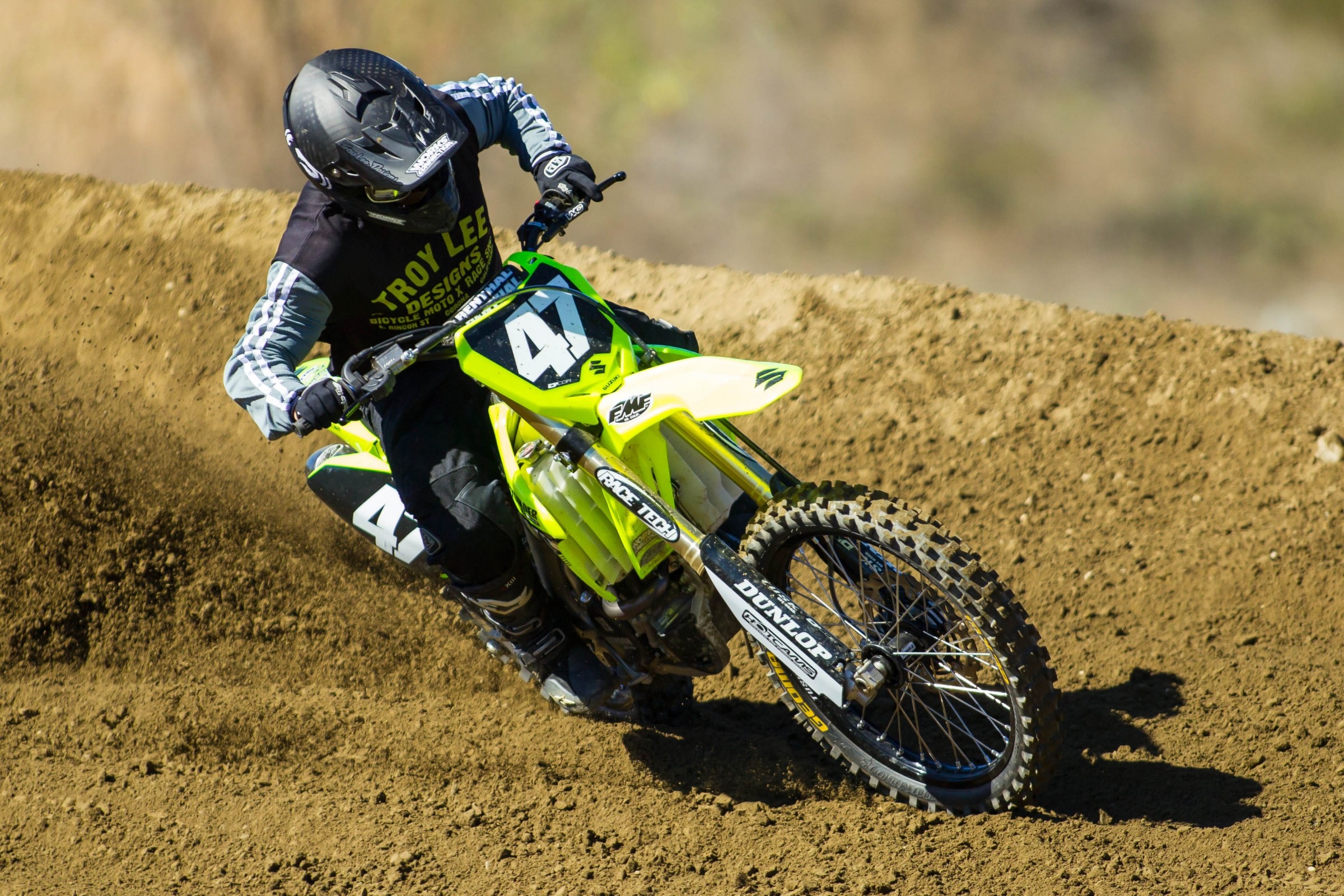 Figured I'd throw up a politically charged question for the wisest mind in motocross. I've been baffled by the flagging authority more than a few times. How in the world was a red flag not thrown in the crazy get off of Nicoletti, Short, and Hahn in the Atlanta heat race? Are red flags just a tactic used in mains? It was pretty much thrown instantaneously in A1 when Stewart went down - but nothing happens when three riders are down on the track, one of them knocked out and under a bike?

If you can shed some light on the crystal clear AMA rule book it would be appreciated.

Thanks,
Dane B. in Denver

This isn’t the AMA’s call so don’t make them out to be the enemy. The Asterisk medical team has to make a quick assessment and determine whether or not to stop the race. They base that decision on a number of factors: Is the rider conscious? If so, what is the extent of his injuries? Can he safely be moved off the track? If he is complaining of pain in his neck and back they aren’t going to scoop him up and rush him off; that’s a red-flag situation. If he is unconscious there is no way to assess his injuries. Stewart could have had a broken neck as he lay there on the track at A1 and they aren’t going to rush that situation. Once he woke up and moved and was able to show that he had no injuries [concussion aside] they can help him off the track. In the case of Atlanta the riders were able to get off the track so the red flag wasn’t necessary. I know Short hit his head but he was obviously able to sit up, explain that he had no neck/back pain and be helped off the track. There aren’t black and white answers to some of these questions… it’s a judgement call, so show the medical team some respect and trust their judgement.

I hope this letter finds you and your family doing well. I have a few observations that I know you have an educated opinion on that you could help me with. The first is the poor handling of the YZ450F was to blame for the results of the fastest man on the planet, but the results on his RM-Z450 have been much worse and no comments have surfaced about this. I am a fan of his and have stood in line for a handshake and autograph several times with my son, so not trying to slam the guy, just wondering about a rider under contract and how a company handles “bad press” like that. After all they are hired to sell, right? I was also curious to find out how heavy tattoos are? They seem to be slowing down several riders, just saying….may need to check this out with some statistics. Why is it necessary for the announcer at a supercross race to scream and talk non-stop during the ENTIRE event? He needs a 98db sound limit!

You make a great point about the Yamaha that Stewart rode. I think the guys at JGR actually did an awesome job of making that bike work for James and his problems were more “rider error” than machine dysfunction. But the beating that the early reverse-design Yamaha took was appropriate, given that every rider that swung a leg over it came away shaking in fear of the nervousness and twitchy feel from the blue machine. They’ve worked that out since those early days but Stewart apologists blamed the bike and thought his switch to Suzuki would be the answer to his lack of results. We all know now that the only thing he seems to be able to ride anymore without crashing is the couch.

Heavy tattoos? I’m not sure where you’re headed with that one but there aren’t many riders who don’t have a tattoo of some kind anymore, whether you like it or not. And you don’t like loud announcers? A lot of folks think the new Miss Supercross is too quiet and “low energy,” to borrow a Trump-ism. I know Lurch screams over and over like he just got his testicles caught in a bear trap and Irv drones on and on like an old air conditioning unit with a bad bearing on a Miami apartment building roof in July but it beats sitting there in silence. I’m not sure what you want here… you want Lurch to go through tech and pass sound? Not a bad idea.

First off I have to say your column is what gets me through Friday's at the motorcycle dealership from dealing with rednecks and their "Kamasakees".  I might as well get it out there that I'm not quite a Dungey fan. I gained a lot of respect for him through last year’s SX season but lost it all after hearing the numerous excuses as to why Eli was bending him over that pretty red Honda. But that's a conversation for another time. My question is, am I the only person out there that thinks Dungey was about to sit back and let Marvin win in ATL? No discredit to Marvin, the Frenchie rode one hell of a race and handled those 19 laps well. But after seeing how quickly Dungey got into second I just find it hard to believe he didn't have more in the tank. Sure his closest championship contenders were so far back he could afford to not worry about points. Also he and Marvin are good buddies and maybe he wanted him to have his moment and he also didn't want to make an aggressive pass. But had he gotten around him earlier like he was probably capable of he could've avoided almost taking the backseat of the 25 bike and riding bi**h seat all the way to the checkers. Any thoughts?

I love that you hate Bernie but I really don’t love that you hate Dungey. Ryan is the best representative our sport has ever had… Ever. Let that sink in because I don’t want you to miss that. He’s more consistent than any rider in the sport, he has more titles than a small handful of riders and he’s still winning. On top of that he’s the nicest and most down-to-earth human being we’ve had winning at the pace he is. That aside, I don’t think he let Marvin keep the lead. Dungey is a master of closing the deal and if it means he rides behind his teammate and gets a second, but still makes points on Roczen, that’s exactly what he’ll do. He was exactly two inches off Marvin’s back tire as they jumped through that rhythm section so I don’t think he was just cruising it home. Dungey hounded Tomac for twenty laps in Daytona but he is too smart to make some desperate move for the win; he still made points on Roczen! Don’t hate Dungey because he is smart and he knows how to close out a title chase.