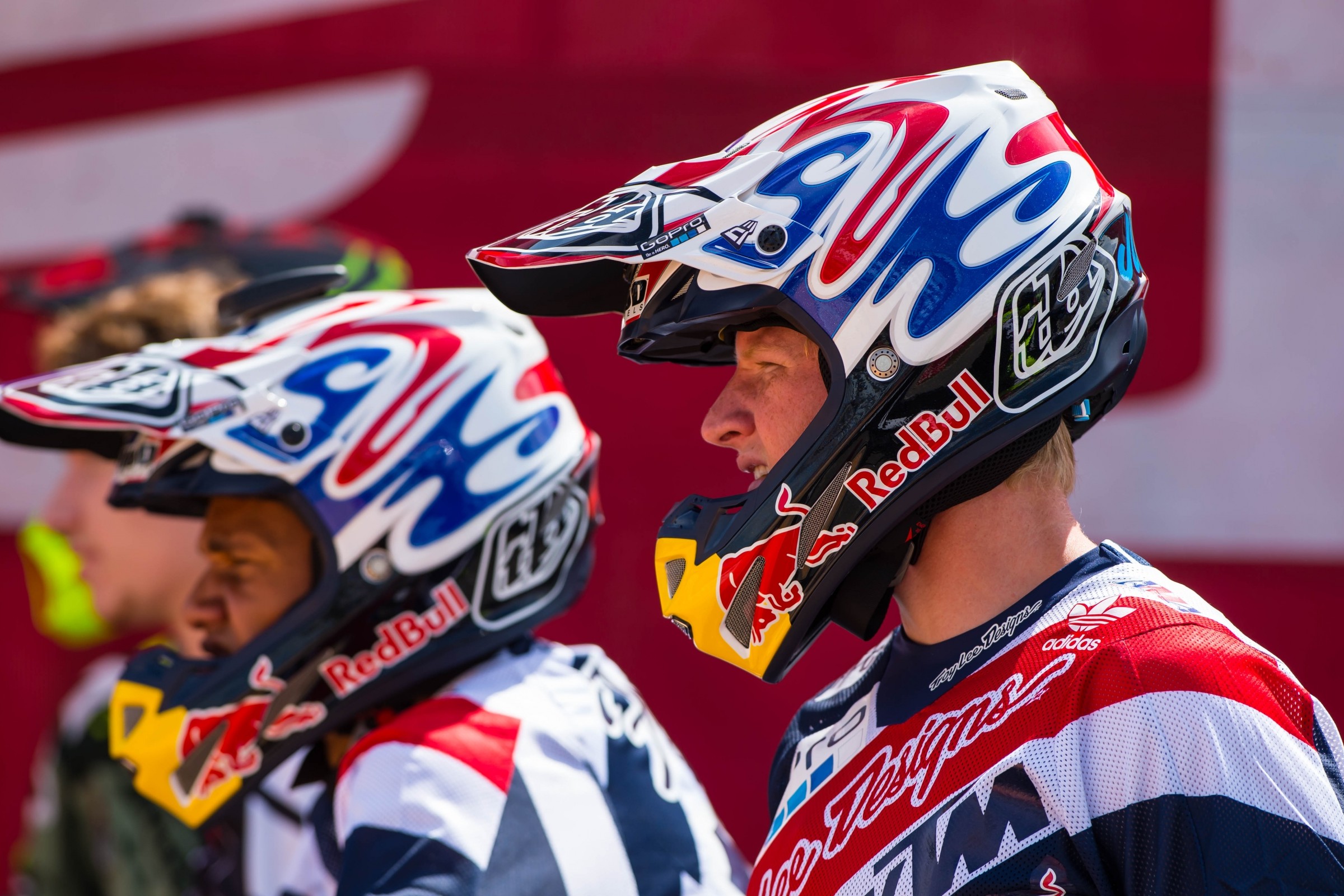 Toronto, eh? We are back in Canada after a year’s hiatus. Personally, I am thrilled to be back in the Great White North. Toronto adds an international flare to the series and a nice change in atmosphere. Simply walking the streets has a different feel than in America. Toronto is such a cultural melting pot that you will see all walks of life and ideologies. It may not be everyone’s cup of tea, but travel is something I have done plenty of so it’s right up my alley. International travel is a great way to gain perspective on life in general, not to mention the supercross world.

As for the race itself, Forrest Gump would say it’s like a box of chocolates. The dirt is so unpredictable that you really never know what you’re going to get. I have raced there on dirt that was more like a GNCC race than a supercross (2008), as well as on dirt that more resembled Anaheim than an East Coast track (2010). It all depends on how well the dirt was sealed in storage and also the weather leading up to the race. I have gone into the weekend expecting one thing and gotten the exact opposite so I always try to keep an open mind when I walk into the Rogers Centre.

The pits for this race are virtually non-existent as the parking situation lends no favors to anyone. The race trucks will all be lined up in unison with many teams transferring their tools and equipment down into the stadium’s tunnel. Others will choose to utilize the limited space directly behind the semi and keep everything safely hidden inside their truck. It’s really a matter of preference as I have seen the same teams choose to do it different ways over the years. For a one-rider team, I think utilizing the semi is ideal but for those with multiple riders, the quarters become cramped.

This weekend’s start straight might be the shortest of the season. It goes into a 90 degree left turn and then immediately into a rhythm section. Hopefully everyone can navigate through these jumps safely off the start, but we have seen issues in the past with this setup. Personally, I don't agree with this criticism because I feel that anything other than a flat straightaway will inherently cause a chance for crashes. You have to have something in the section after turn one--be it whoops or jumps, there's always a chance something will go wrong.

That rhythm section looks to be prime for a 3-3-1 rhythm into the next 180. The following rhythm will be virtually identical with one added jump at the end but I see the same strategy being 3-3-2. That leads into the whoops which can be small and easy or huge, round sand whoops. We have seen both over the years in Toronto so there is no way to tell until we arrive in Canada.

A long, sweeping right turn leads into some uneven mogul bumps before a hard 180 left. If a rider can carry more momentum through the long right turn, he can set up for an aggressive block pass in the next left. A move like that will probably wreak havoc on chances for tripling the next section but these things happen. A spot like this is music to your ears if you are desperate for a pass. After said triple, there is the obligatory on-off section that will be follow the leader and then another 90 into the second standard SX triple within ten seconds. A ski jump into the sand brings another 180 and a short set of whoops. The 180’s before and after these whoops are another possible passing spot for those who dare. Also, look for riders to rail the outside of the turn before the whoops in an effort to get alongside the lead rider, setting up an inside block pass in the next turn before the finish line. This turn could get ugly in those last lap qualifying battles.

Eli Tomac welcomed himself back to relevancy with a dominant Daytona ride. He was the fastest qualifier, heat winner and then controlled the main event, albeit with Ryan Dungey lurking just behind. It was a breakout ride from Tomac when he sorely needed it. The real question now is can he carry the momentum into a more prototypical supercross track.

Jeremy Martin rode brilliantly to wait out Malcolm Stewart and get his first supercross win of the season. He needed this win to prove he was a legitimate threat for this title. Toronto will be a huge race for him and could springboard him into the points lead.

Justin Hill has had a rough and tumble year or two but had it together in Daytona. He was blazing fast all day and had he gotten to the front, he may have walked away with this one. Still, he proved he has the speed and skill to be around for the long haul. He will win one of these sooner rather than later.

Marvin Musquin nailed his second podium in a row and may make a habit out of this. He looks confident at the front and seems to have everything clicking. He was a tick off of Dungey and Tomac over the course of 20 laps but he was solid to say the least.

Ryan Dungey may not have won the race but when looking at the big picture for this championship, it was a great night. He put more points into second place Ken Roczen and has stretched that lead out to a whopping 39 points. Dungey is single handedly making Feld’s case for a chase system in 2017.

Martin Davalos answered the bell at an event where many wondered if he could match up. He made a last ditch effort to get around Malcolm Stewart and will maintain sole possession of the red plate entering Toronto. He led this championship in 2014 so this is not new territory to the 250 class veteran.

Chad Reed had a rough night in Daytona. Normally Daytona is a welcome sight for Reed but this year he never found his groove. He has been on, off and then on again this year so he will probably be right back in the mix at Toronto and make everyone wonder what in the hell is going on.

Poor Stew. This has just gone so far off the rails that I don’t know that continuing on in its current form is wise. He looks rusty every time he goes out onto the track and it’s painful to watch someone so gifted struggle this badly. I hope he can diagnose his troubles and take the time to remedy them.

BTOsports.com/KTM/WPS has had a tough two weeks. They have lost two riders in successive weekends, leaving Justin Brayton as the lone ranger for the immediate future. Tough blow for a team that was firing on all cylinders just a few weeks ago.

Ryan Dungey wins Toronto and puts his points lead over the 40 point mark.

Justin Hill wins his first race of the season and takes over the points lead in the process.

Weston Peick is denied entry into Canada after backhanding a customs officer. The security cameras showed the conversation as follows:

Customs Officer: “What are you doing in Canada?”

Customs Officer: “Please answer the question and refer to me as sir.”

Chad Reed glares a hole right through me when I mention the letters LCQ.