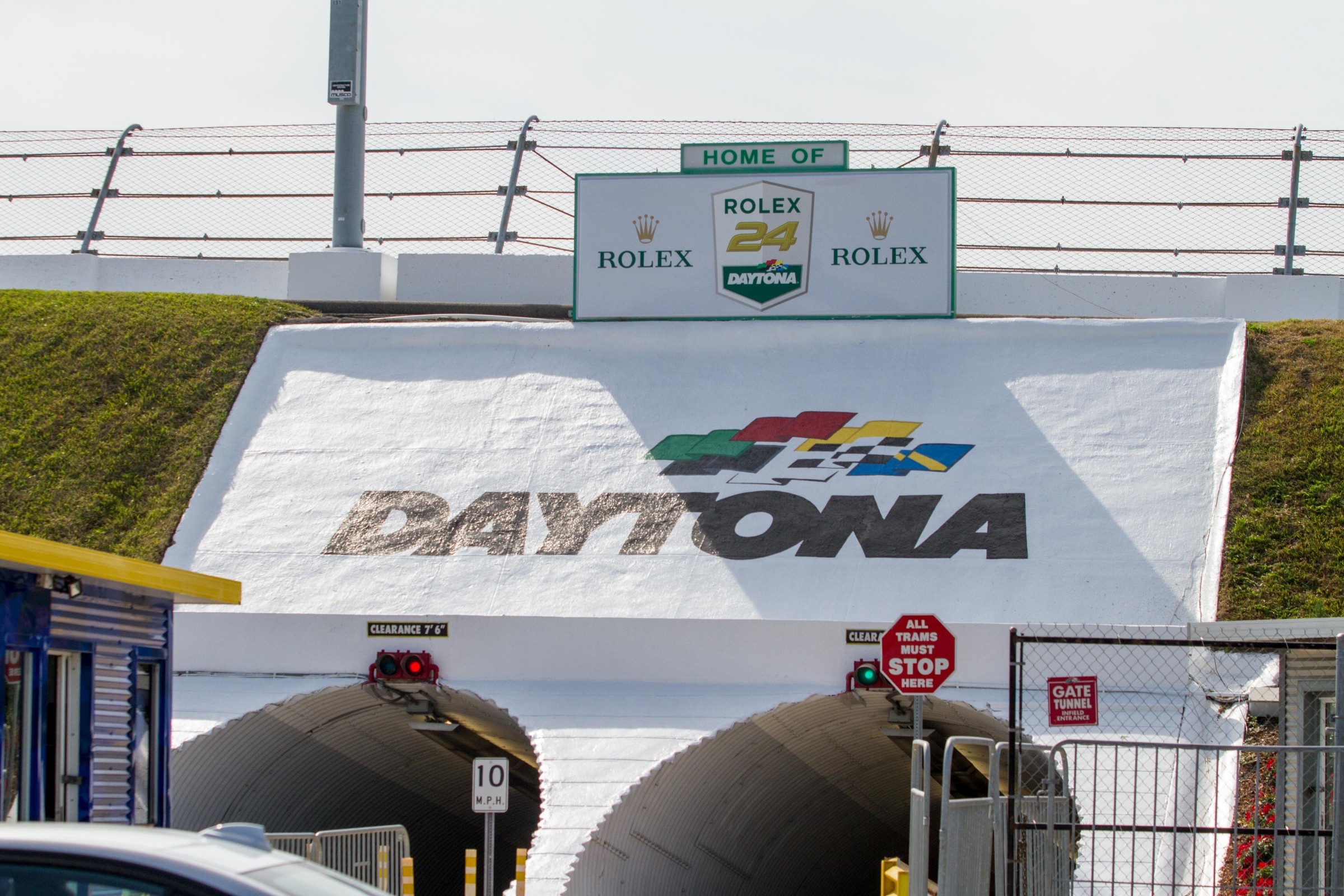 1. Name one good thing you saw down in Florida.

Jason Thomas: The best thing I saw in Florida was Eli Tomac's resurgence. He was like a different rider! This was the Eli that Monster and Kawasaki both expected and why they broke out the big bucks to lure him away from Big Red. I am not sure if he can duplicate this again on a standard supercross track but outdoors could have everyone else green with envy. More than anything, though, I am just glad he rode well enough to make Matthes put the panic button away.

Jason Weigandt: Daytona's SX track was terrible for passing but that accidentally created an all-time classic in the 250 class. There was very little to separate the top four, and passing was tough, so they stayed close the whole way. I do the live announcing at the Daytona SX every year, and this was the best 15 laps of action I've ever called.

Kyle Scott: This was my first time ever visiting Florida and to say I got the full experience would be quite the understatement. From seeing the thousands of Harleys throughout Daytona Beach (I think maybe 10 riders actually had helmets on), to going out on Main Street until 4:30 a.m. several nights, to seeing the 101,000 seat stadium that is Daytona International Speedway, to the Daytona Supercross by Honda, to the Ricky Carmichael Amateur Supercross, to the opening round of the Amsoil GNCCs out in the sticks, to Blake Baggett’s El Chupacabra Ranch, to the Baker’s Factory, I had a ball.

Thomas: The second best thing I saw was my airplane seat on Wednesday morning in Orlando. I am from Florida and it's always great to go back and see family and friends but after Friday, Saturday, Sunday, Monday, and Tuesday's five straight days of being at the speedway, I was completely fried. I had worked the normal Daytona SX, the RCSX for two days and then the Fly Racing ATVSX on Tuesday as well. By Wednesday, I was on my way to Toronto and as I sat down, I was relieved that another Daytona was over. Sunburnt and tired to say the least but, at the same time, there is simply nothing like the Bike Week experience for moto fans. Daytona will run you ragged until you can't take anymore but always leaves you with a smile and counting down the days until next year.

Weigandt: It's incredible how many nice people you'll see at Bike Week. From racers (pro and amateur) to industry types to fans, there are more good vibes from humans than from all of those V-twins. On Friday afternoon I met three dudes who integrated Daytona Bike Week into a bachelor party, and on Friday night I met some super fans from California who wanted to check the Daytona SX off of their bucket list. I shook a million hands and caught up with countless old friends during Sunday's GNCC and Monday's RCSX. On Monday night, I had the most epic conversation with my all time hero, Barry Carsten. I went to Aldon Baker's Factory on Tuesday, and when you get Dunge, Anderson, and Marvin and Mathilde Musquin in that relaxed environment, they're no different than any of the vet dudes racing a GNCC on a winter vacation. The whole week is just a tremendous amount of fun, with all the different worlds--pro SX types, amateur racers of all kinds, heck, even the four-wheeler guys and gals from the Fly Racing ATVSX—melding together. Florida sunshine doesn't hurt either. This is seriously the most fun week of the year YOU NEED TO GO EXPERIENCE IT YOURSELF.

Scott: Each supercross venue is unique in its own way, but the pits at Daytona are completely different than any other race. Instead of the usual setup where the teams operate out of their rigs, everyone works out of one garage with only waist high partitions separating one another. After speaking with several mechanics on their opinion of this, the general consensus was it’s more of an inconvenience than anything. Mechanics are forced to fight the crowds to retrieve parts from the truck, privacy is non-existent, space is limited, and their normal amenities are stripped. However, that is exactly what makes it exciting for the fans. The fans are able to get a closer view as to what goes on under the tent and all the riders are right next to one another (basically the antithesis of the pits in San Diego’s Petco Park, which is divided into a jigsaw puzzle).

Thomas: The worst part of the weekend would have to be watching both Chad and James struggle so badly. These are two legends of the sport and have made up a decade's worth of Daytona memories. They are both winding their careers down and being their home race, Daytona has to be special to both of them.

James didn't even make it through the heat race before he hit the ground. He suffered a tail bone injury and may miss more time. For Chad, he never found any sort of rhythm at any point during the day or night. His lap times were never close to his potential and his starts may have been even worse. It was just a nightmare day for the multi-time Daytona winner coming off of a podium just seven days before.

Watching two legends have horrific nights in front of their closest friends and family was tough to watch.

Weigandt: I was supposed to fly home Tuesday morning but delayed the flight to go to Baker's for the afternoon. Wife wasn’t pumped on this, so I knew if I missed my afternoon flight home it would be the end of me. I needed to leave Baker's by 1:30. I actually left at 1:50. I had to make up at least 15 minutes compared to Google Maps' time estimate to the airport. I was flooring it from stop signs, passing trucks on double yellow lines and pushing the pace well beyond Florida Highway Patrol recommendations. Then the gas-light turned on. I needed to return the rental full of fuel, and I only had time to stop once--if I filled it too early, I'd drain it back past the full mark by the time I made it to the airport. So I ran it on E until I was within a reasonable distance to the Daytona airport. I turned off the A/C and rolled up the windows, I drafted trucks, I got within sight of Daytona and got to a gas station on fumes. The internet says a Nissan Versa has a 10.8 gallon tank, but I now know you can fit 11 gallons in there if you really run it deep...and I made my flight home!

Scott: Where do I start? During an outing with some new friends that I acquired over the weekend, they informed me it is a yearly tradition to visit a certain gentleman’s establishment during Bike Week. Before I knew it my pockets were full of ones (and then empty again). I live in Newport Beach, CA; I’m used to ordering fillet. Let’s just say, that wasn’t on the menu and the selection was good from far, but far from good. At one point when a particular female was on stage, it was necessary for her to lift her excess adipose in order to hoist herself onto this hula hoop swing thing…

Wait there’s more! After an epic day of shooting at El Chupacabra Ranch, I discovered I had a flat tire. It happens, simple fix, right? Wrong. Apparently, many 2015 and newer cars no longer come with a spare tire, to “save gas.” I’m sure that extra weight makes a massive difference. Due to the lacking spare in my rental, a simple ten-minute pit stop turned into a seven-hour ordeal. This included being towed out of Baggett’s place, listening to the tow truck driver going on and on about how he wanted to become a model, being deserted by my rental company, to multiple long phone calls eventually being disconnected, to being re-towed to another airport, and then eventually being upgraded to a pretty sweet ride. I can’t believe the only F-bomb I dropped was Ferrari, as in “You guys owe me a Ferrari.” Do yourself a favor folks, check for the spare before you pick your wheels and don’t use Alamo.

Finally, as I was leaving Baker’s Factory on Tuesday, I realized I was in the middle of nowhere with no restaurants to be found (maybe this is how Baker keeps his riders from eating fast food). So I took a chance on gas station food, and a “fresh” sandwich. Then I asked to use the restroom, but the guy behind the counter said, “Sorry, a lady used it yesterday and left with the key.” But then he improvised…by opening the door with the same knife he had just used to make my sandwich!