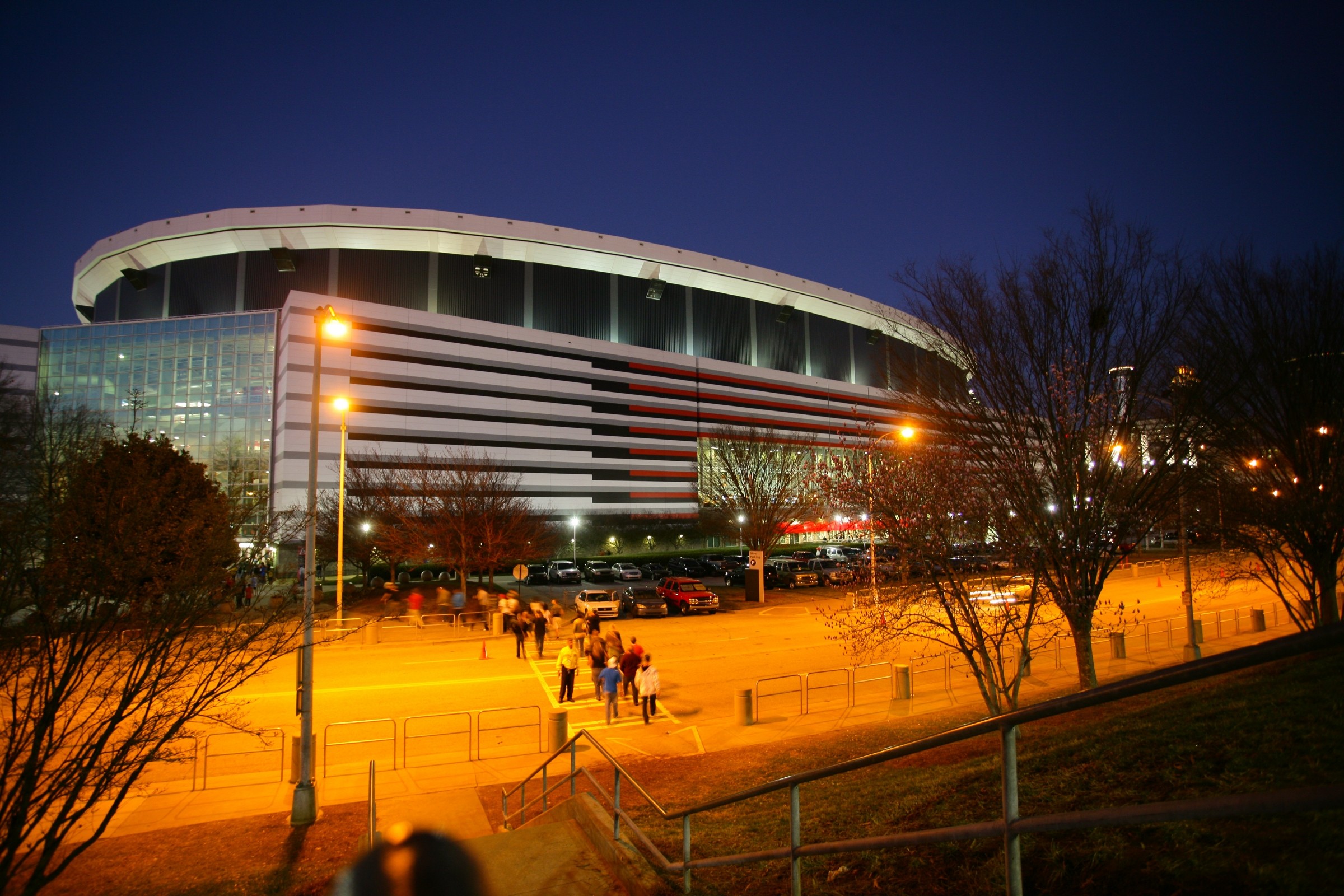 East Coast, here we come! After a long stretch out west and then a visit to Texas last weekend, it’s finally time to get back to some real dirt. Atlanta is one of the staples of the circuit and a rider favorite because of the ample traction often seen here. Last year saw two rounds of the series in Atlanta but we’re back down to one for 2016. I think attendance for the first round will jump back up to the 60,000-plus range this year and that’s good for everyone.

The track this week has some serious rhythm sections that can be very challenging if the dirt is soft. Atlanta is known for having rut-prone dirt and that can limit the options at times. If a section’s fastest line is to triple, for example, that triple can become very tough as the ruts develop in the main event. Keep an eye on some of these big rhythm options as the track breaks down. The elite riders will be trying to maintain that fast line even in changing conditions.

The start is very long and I’m a fan of that. I believe that it lets the riders get some separation before barreling into that first turn. More room between riders means less chance of bar banging and tangling. It really puts horsepower to the test but keep in mind that with the sticky Atlanta dirt, horsepower is useless unless you can keep the front end down and clutch disengaged. Atlanta could present the toughest challenge yet for the launch control mechanisms and holeshot device positions.

As for the whoops, there are two sets this week but Atlanta’s whoops often break down into a mere shell of their former self. There will often be one groove that riders will fall into or they may end up jumping three and four at a time as they get even smaller. Precision with the front tire becomes less important as they break down and it just becomes about maximizing speed through them. Going back to last season’s main events, the first weekend saw a very easy split-lane whoop section and the second weekend saw a much firmer set due to the dirt being in the dome for another week. This year’s dirt will be fresh and on the wetter side so expect ruts and excess breakdown.

I am hoping that passing will be good this weekend as there are multiple 180 degree turns and long rhythm sections to pull alongside another rider. Also, the softer dirt creates a tendency for mistakes and that always helps to get around someone. Messing up one rhythm lane because of a deep rut can mean a pass for someone like Eli Tomac who has struggled to get around riders this season.

Ken Roczen won his second round of the season and looked to find some much needed confidence to fight Ryan Dungey for this title. He looked like his mental edge was sharper and he is going to need that each and every weekend with a 23 point deficit.

Jason Anderson climbed back onto the podium after a stretch of fourth and fifths. While not on the leader’s pace, he still looked good on the track. He couldn’t have been pleased with the gap the leaders pulled though.

Cooper Webb had a good night. Yes, he rode well en route to another win and recapturing of the red plate but he also was given a gift with the Craig/Savatgy fiasco. He now has six weeks to work on his outdoor game and prepare for the last month of battle against his 250 rivals.

Christophe Pourcel’s eighth place may not look heroic on paper but his riding was vastly improved. He looked like he was really trying! It was encouraging after watching less than stellar performances in the main events thus far. Nothing wrong with fourteenth place for many riders but Pourcel is simply better than that.

Eli Tomac did not have a good night last Saturday. He looked off the pace and his starts were even worse. I definitely expected a slow rise to the front but that was just not how Dallas panned out. He has a chance on dirt he feels more comfortable with this weekend in Atlanta.

Chad Reed struggled all day and really has struggled in several main events in a row. He didn’t have good qualifying sessions or good qualifying races and that translated into a tough main event. There was even a last lap crash to top it off. Chad needs to regroup and remember what he is capable of out there.

Yosh Suzuki has been taking body blows for what seems to be years now. They didn’t have a presence at all in Dallas with both Blake Baggett and James Stewart sidelined with injuries. Tough situation for a team of good guys.

The 250 class shows some of the best racing we have seen in years with lead changes and high drama.

Chad Reed bounces back and gets inside the top five.

WADA test results come back on many of the Wienerschnitzel dogs and it’s not good. It seems those pups were pumped full of testosterone laden treats and DGH (Doggy Growth Hormone) fueled milk bones. Many of these allegedly juiced-up race puppies claim to fight these test results at the highest dog court in the land, Steve Matthes’ house.