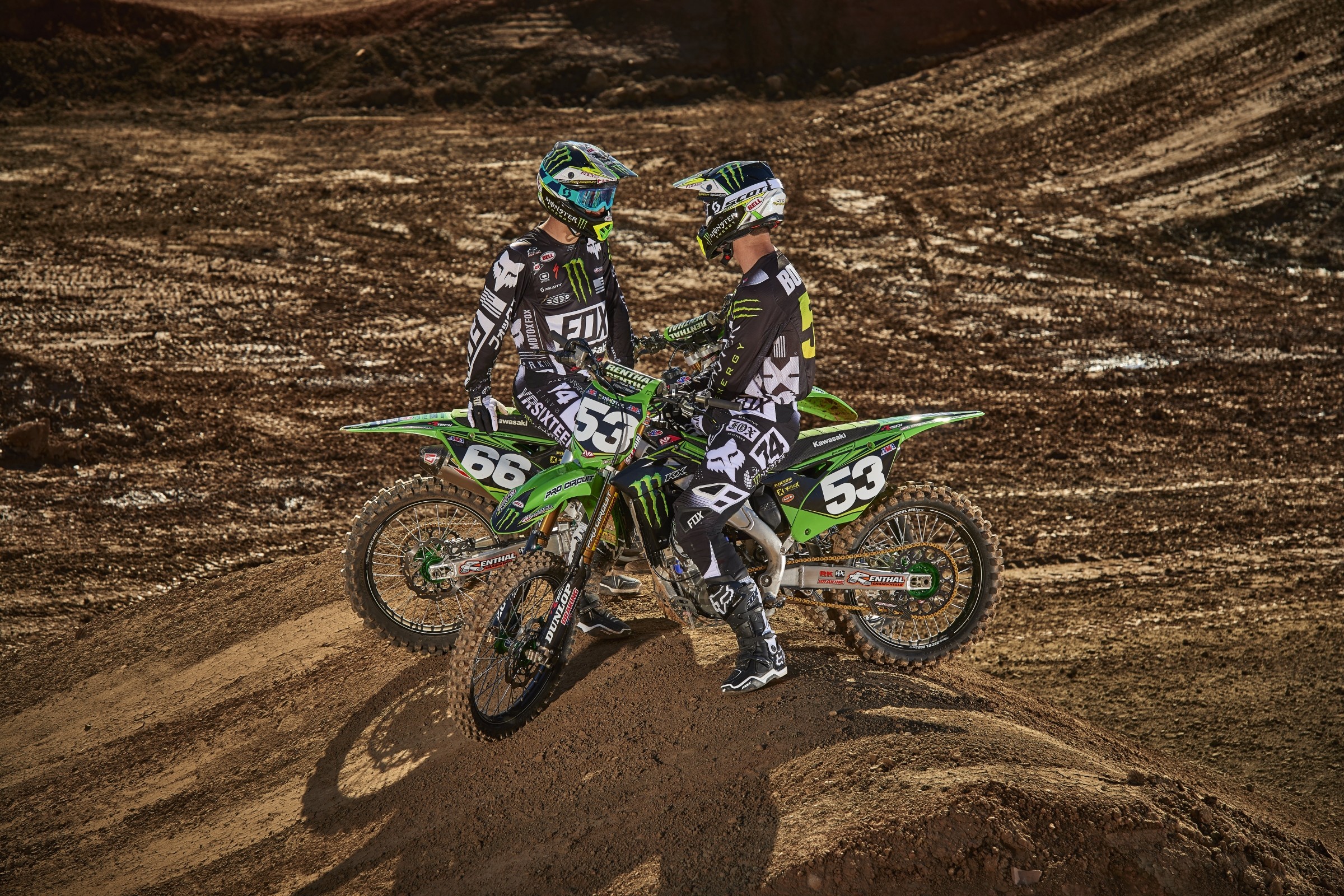 The Monster Energy AMA Supercross 250SX East Region is back. The opening round of the 2016 season begins this Saturday at the Georgia Dome in Atlanta, GA. A new year also means new numbers, riders, teams, etc. It’s hard to keep it all straight.

Notes: In their first year in the East Region, TLD received a big break when McElrath confirmed he would be ready for the opener following off-season wrist surgery. McElrath had a breakout performance a season ago, finishing second behind Cooper Webb out west. Health will be a main concern early.

Notes: Hill was expected to challenge for a title in the West Region last year, but a concussion early in the season dampened those hopes. He still managed two podiums despite an up and down season. A strong start early will go a long way in erasing last year’s letdown.

Notes: Frye turned pro at the Tennessee National, but raced just five rounds due to injury. This is his first season in supercross.

Notes: Last year’s first season with Husqvarna was a wash as he recovered from a 2014 foot injury and missed time late in the season with Epstein-Barr. Davalos will be able to rely on experience, and if healthy, should contend for his first championship.

Notes: For much of the off-season, Hampshire’s second supercross season was in doubt following a crash at Red Bull Straight Rhythm where he sustained a serious head injury. The team proceeded with caution and Hampshire was cleared to begin riding in January. Hampshire lacks the experience of other contenders in this class, and his long layoff this off-season certainly puts him behind the eight ball, but he did string together three top fives in four rounds at the end of last year.

Notes: Consistency has been Stewart’s Achilles heel throughout his career. For example, last season saw finishes of 22-17-21 at three rounds. In the other five rounds, he finished no worse than fifth. Speed won’t be a problem, but his championship hopes come down to erasing big errors.

Notes: The favorite amongst Racer X readers, the two-time 250 Lucas Oil Pro Motocross champion will lean on Johnny O’Mara and a strong team—winners of the three of the last four MX and SX titles. Since turning pro in 2013, Martin’s weakness has been a puzzling propensity to miss main events. He has recorded at least one DNQ for three years running. If he can sidestep big errors, a title is well within reach.

Notes: Last year’s breakout star moves to the East Region after a foot injury sustained at the Monster Energy Cup. Listed at 6’2”, Plessinger is quite a bit taller than most in the class (in contrast, Jeremy Martin is listed at 5’7”), which can play to his advantage. Like Hampshire, Plessinger lacks experience, but that doesn’t mean he can’t contend.

Notes: Renzland’s back with CycleTrader.com/Rock River after a solid rookie season. Can he be the latest hidden gem found by Rock River to contend for a podium? (See: Colt Nichols and Alex Martin.)

Notes: Cianciarulo broke his wrist earlier this month and is expected to miss most, if not all, of supercross. This is the latest in a long-list of injuries for the former amateur star. He missed the entire 2015 Monster Energy Supercross season due to a shoulder injury.

Notes: Health will be a major concern for the former Arenacross Champion. He missed most of last year due to back surgery and also dealt with Epstein-Barr this off-season. If healthy, Bowers will be a contender.

Notes: See above. Like Bowers, Tonus missed much of last season due to illness. In the March 2016 edition of Racer X Illustrated, Tonus said, “It’s hard to say how I’ll do in 2016. I have a lot left to do to be ready, but we all know when you ride for Pro Circuit, you’re expected to win. I have one more year in America, but if I do well, maybe more. So now it’s time to race.”

Notes: Another rider entering 2016 with health concerns. Bisceglia was originally slated to race the West Region but injured his shoulder prior to the season. A few months later, he reinjured the same shoulder when his countershaft sprocket broke in a practice crash. He underwent surgery, but has been riding and is expected to race Atlanta.

Notes: Albertson missed seven rounds in 450SX after undergoing surgery on both shoulders. The last time he raced the 250SX Class was in 2009.

Notes: Osby finished fifth and thirteenth respectively in 450A and 250A at Loretta Lynn’s in 2015. The first year pro is expected to miss most of the East Region due to an off-season crash. The hope is that he can begin riding in a few weeks and return after Santa Clara (West Region round).

Notes: Golden will attempt to become the first female ever to qualify for a supercross main event this year. Last year at Las Vegas she became the first female to ever qualify for the "Fast 40"—the riders that transition to the night program from timed qualifying—at the 250SX Class' Dave Coombs Sr. East/West Shootout.

Notes: After missing the entire 2015 Monster Energy Supercross season due to injury, Tedder raced 450SX to begin the year, qualifying for one main event at Anaheim II.

Notes: Gaines will miss all of Monster Energy Supercross after breaking his femur this off-season. The team hopes he can return for Lucas Oil Pro Motocross.

Notes: The former Monster Energy/Pro Circuit Kawasaki and TLD KTM rider returns with his own program. Durham was injured at the West Region opener last year and missed the remainder of the season. He’s raced just three main events since 2012.

Notes: Bereman, who has made his name in free riding, last raced supercross in 2013. He’s dealt with knee injuries throughout his career.

Notes: The team was expected to contend the East Region with Benny Bloss, but they have parted ways. Andrew Silverstein will fill-in for Atlanta, and maybe beyond.

#61 Gannon Audette – Returns for another year with help from Legends and Heroes. Sustained a lacerated liver, fractured ribs, bruised lung and separated shoulder in a crash this off-season.

#63 Jesse Wentland – Is back with RSR Starr Cycle Honda.

#64 Dakota Alix – After time with Orange Brigade KTM, Alix will be on his own program in 2016.

#83 Daniel Herrlein – The Ohio native moves over from AMSOIL Arenacross, where he wrapped up the East Region Lites Championship last weekend in Tampa.

#90 John Short – Is getting support from Lewis Long Racing, among others.

#167  Benny Bloss - Bloss was expected to race with East Region with Blue Buffalo/Slater Skins Yamaha, but he and the team have parted ways. He is still on the pre-entry list and should race this weekend. He won the coveted AMA Horizon Award after winning the Open Pro Sport class and finishing third in 450A at Loretta Lynn’s. Earlier this year he completed the Ricky Carmichael Road to Supercross with his best finish of third coming in the first Arenacross main event in Baltimore.