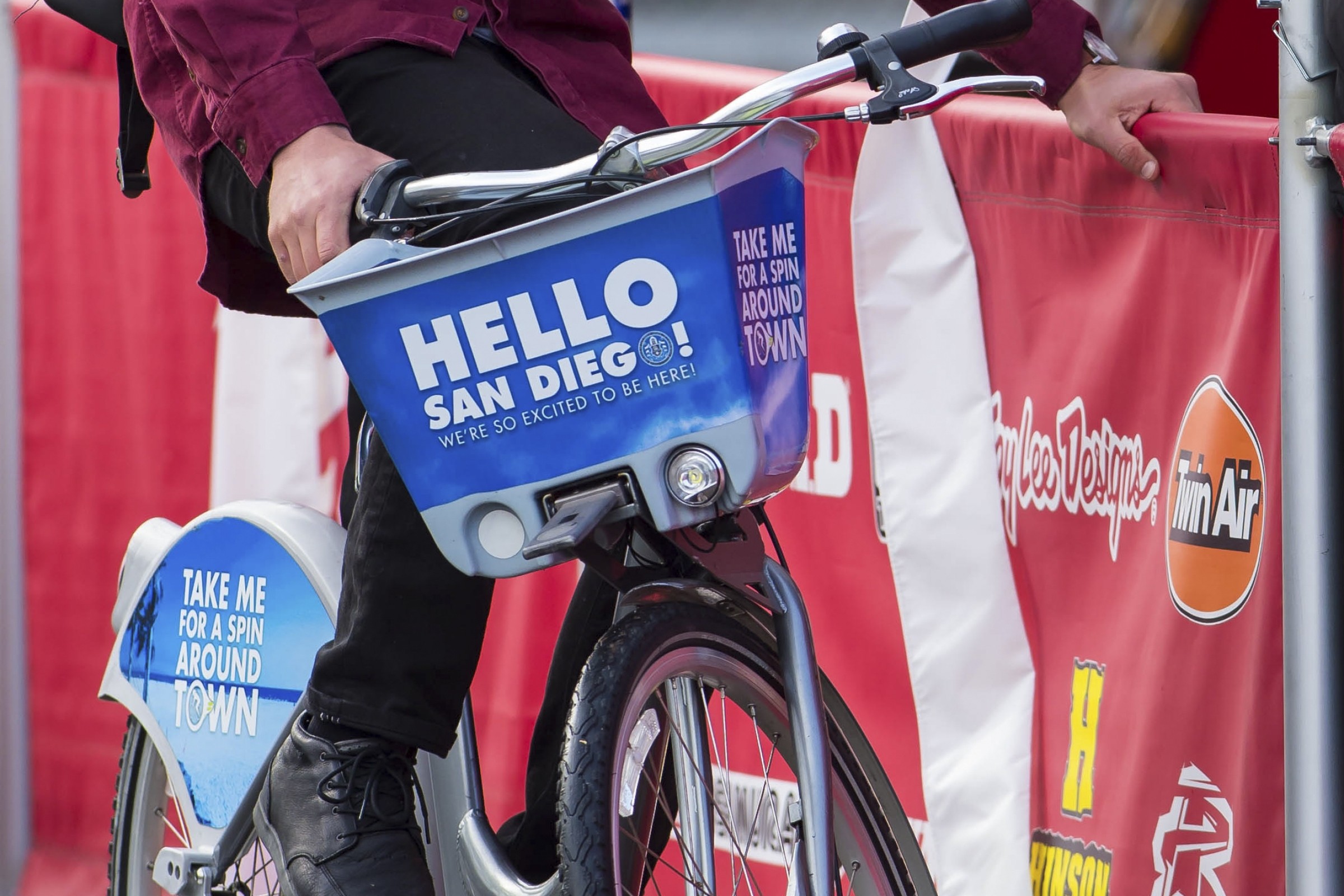 Ken Roczen Winning off the Track

Last Saturday, Ken Roczen won his first 450 race of the 2016 season. Talk this week has gravitated toward his achievement on the track—and rightfully so. It was a big moment in the season for Roczen and his team, and one that may change the direction of his series.

The story that won’t get as much news is what Roczen did before the race. Prior to the weekend he visited a kid in the hospital who had a bad crash and posted a few moments on his Instagram account. A small gesture for Ken, but one that certainly made that kid's year.

We got a call yesterday that Ryder had a bad crash, so we decided to make a suprise visit on the way to the stadium. Amazing feeling when you make someone who is so injured smile. Great experience. Wish him luck as he has to get another surgery.

What an awesome family. An absulute pleasure to make people happy.

Lane Splitter had a story last week on Cecil “Bubba” Myers, who, according to the post, is trying to break the Guinness World Record for the “fastest motorcycle wheelie on ice,” which currently stands at 128 mph. Myers was expected to attempt the record on Super Bowl Sunday, but I couldn’t find anything about him breaking it or not. But this story was too cool not to post, so here is the previous record set by Ryan Suchanek. I’ll update once I find something on Myers’ attempt.

Per a report from Cycle World, BMW is planning on releasing a helmet with head-up displays in the next few years. BMW Motorrad is working on a helmet that with come with a “mini-computer” and integrated speakers. More from Cycle World.

In the case of BMW, its biggest interest in the technology is to provide the rider with pertinent information that would otherwise require a glance away from the road. The BMW helmet will be paired to the motorcycle so that information such as tire pressures, oil level, fuel level, speed, gear position, and speed limit can be displayed inside the rider’s faceshield as conditions require. Future potential would include navigation, rear-view and forward-facing cameras, traffic updates, and warnings of danger: “By means of the future V2V (vehicle-to-vehicle) communication, it might also be possible to display information in real time, for example to give due warning of any suddenly impending hazards.”

Sports Authority, once the biggest sporting-goods chain, is headed toward filling for Chapter 11 bankruptcy, per Bloomberg. Per the report, it has a plan to close as many as 200 of its 450 stores. The company has held naming rights for the Super Bowl winning Denver Broncos stadium since 2011. It’s unknown what will happen there.

The retailer, which has at least $643 million in debt, has struggled to keep up with competition from old rivals such as Dick’s Sporting Goods Inc. as well as newer entrants like Lululemon Athletica Inc., Gap Inc.’s Athleta and even Amazon.com Inc. Fort Worth, Texas-based TPG provided Sports Authority with $70 million of a $95 million asset-backed loan late last year that enabled it to operate through the holiday season, a person said.

If you’re gonna backflip off an effing tree, you may as well wear a helmet cam.

The best footage in action sports typically come from drones or GoPros or some other helmet cam device. Nicolas Vuignier had a much better idea—swing your iPhone around your head. How does it work? No idea, but Vuignier said he will release a follow-up on how this contraption came together. Stay tuned to his YouTube page.

This is what the top 250SX West Region rides do to combat nerves.

David Anderson and Mathew Hine spent six months transforming their 10 mph scooter into a record-breaking rocket that reached a top speed of 107.6 mph. These two mechanics from the Isle of Man would set the official Guinness World Record for Fastest Mobility Scooter.

King of The Hammers

The King of the Hammers is here to challenge legendary races like the Erzberg rodeo, the Baja 1000 or the Dakar Rally in the annals of gnarliness.

The 2016 KoH took place last week, celebrating the tenth anniversary of what many are now calling the toughest one-day race anywhere. The event takes place in the Johnson Valley OHV park in California, and is essentially a combination of extreme rock crawling and desert racing. The Hammers part of the name comes from combining three super-tough rock crawling trails, all known as Hammers. They're linked together with desert trails, so you end up with mutant machines combining high-speed whoop-eating ability with slow-speed rock-crawling bravado. Autoweek checked it out and filed this report.

Indeed, the 176-mile course this year was laid out over three big looping laps of desert. That included several parts so steep that the only way to get up was with a winch. We watched many teams try to get up Back Door, a dry waterfall that was maybe 10 vertical feet tall, without winching. They all roared like crazed T-Rexes several times, tires spinning on the rocks and dirt, whole rigs bouncing like little radio-controlled cars from Toys R Us and in danger of tipping over backwards, before stopping and sending the co-driver out to unwind the winch. Those who drove alone had to handle the winching themselves. We heard that one guy, maybe it was Raul Gomez, got up Back Door without the winch. Everybody else had to haul.

KoH started as a race for Jeeps and other 4x4s, but it has added a dirt bike race with the Klim King of the Motos. Current GEICO EnduroCross Champion and FMF KTM factory off-road rider Cody Webb took the win.

Fallout from the Marc Maquez/Valentino Rossi incident from Sepang last year continues to hover over MotoGP. The most recent example: a change in the way disciplinary matters are handled by Race Direction. Per a report by Asphalt and Rubber, starting in 2016, a separate body will handle all disciplinary actions going forward. The panel will consist of MotoGP Race Director Mike Webb and two stewards from the FIM that have yet to be announced. Dorna, the promoting group of MotoGP, will not have a member on the board. More from Asphalt and Rubber:

The problem centers around the interpretation of rule 1.21.2, which covers the behavior of riders during the race:

The wording is vague, and has been left deliberately so, as to try to narrow down a definition of exactly what comprises irresponsible riding would open more loopholes than it would close, and lead to more appeals against sanctions imposed.

Under the old adage that hard cases make bad law, each and every possible infringement would have to be described in detail, which would lead either to riders pleading that their actions were subtly different to those described in the rules, and that they should they should go unpunished, or it would lead to absolute paralysis by riders, afraid to attempt a pass for fear of being penalized.

Among other changes: riders who skip promotional obligations will now face more than just a fine. They could be punished by using the penalty point system. More on the 2016 changes can be found here.

Look at who Was in attendance at Glendale...

Feeling like I'm at home for the night with my crew...round 4 prep at it's finest!! #SXonFOX